150 hours of audio and almost 100 photographs from the Peter Kennedy Collection have been made available this week via the British Library Sounds website. 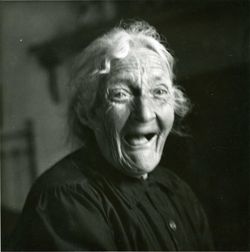 Peter Kennedy (1922 – 2006) was one of the most important collectors of music traditions from the British Isles. Picking up from work begun by Cecil Sharp and Ralph Vaughan Williams in the first decades of the twentieth century, he started recording in the early 1950s with his aunt, Maud Karpeles (founding member of the English Folk Dance and Song Society, along with Sharp and Peter’s father, Douglas Kennedy), work that instigated the presentation of folk music and traditions on the BBC. He was greatly inspired by Alan Lomax, wishing to demonstrate that the folklore tradition was alive and well in Britain and Ireland. In just over 50 years he amassed a collection of audio and video recordings amounting to approximately 1500 hours, plus several hundred photographs and many cabinets of papers including correspondence, notes and song texts. The recordings now made available represent a small portion of the field recordings Peter Kennedy made during the four decades from the late 1940s in which he was most active "in the field”.

Notes: Peter Kennedy passed away in 2006 and we acquired the collection in collaboration with Topic Records who have been drawing on the Collection for their new Voice of the People series of publications. When the photographs, papers and original tape recordings came to the BL in 2007, all Peter's commercial LPs and his book collection went to Halsway Manor. In March 2012 we received a grant from the National Folk Music Fund to catalogue the photographs onto the Library’s Integrated Archives and Manuscripts System. This online project was supported by the British Library Friends.