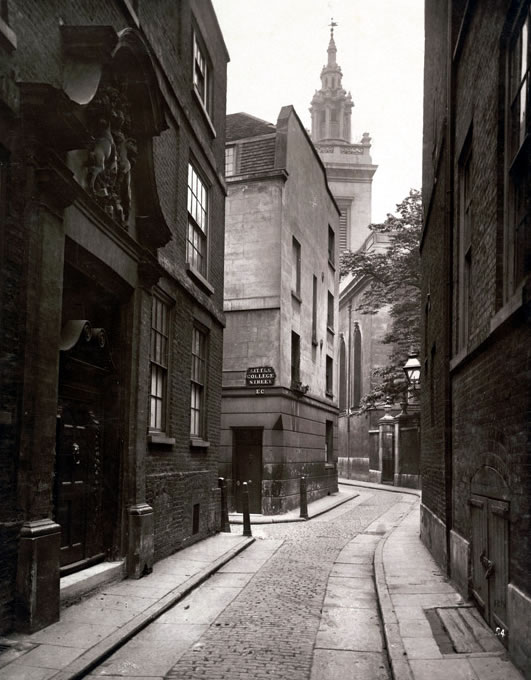 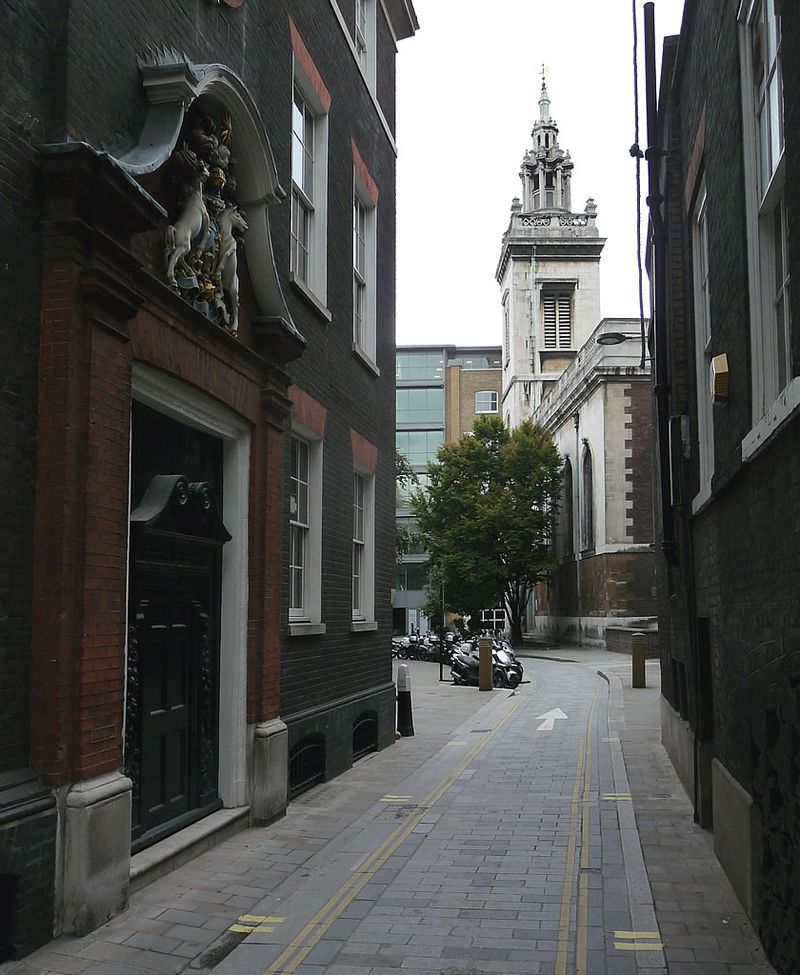 This is the 17th in a series of posts comparing photos of London taken by Henry Dixon in the 1870s and 80s with the same view today.

Use our Google map to see where they were taken.

This is College Hill, in the area of narrow back-lanes just by Cannon St station in the City.

The top picture is Dixon's. A zoomable version of this image is on our Online Gallery. Writing about the photograph in 1880, Alfred Marks commented: "College Street (formerly Elbow Lane) and College Hill take their name from a foundation of Whittington, famous in City annals as having been four times Lord Mayor and thrice buried; still more famous in legend as the fortunate owner of a cat. The Church shown in the background...is St. Michael's, Paternoster Royal."

Below it is the same view as it appeared in August 2009, with St Michael's church unchanged. Innholder's Hall, on the left, is still intact and with the same decorated doorway.