The Ocean: A sustainable future or the end of the line?

Peter Spooner dives into the issues of seafood sustainability in advance of our upcoming TalkScience event on 23rd June. Tickets are available from the box office.

The ocean is a vast place, covering some 70 % of the surface of the Earth. If Mount Everest sat at the bottom of the deepest ocean trench, two kilometres of water would still lie above it. It is baffling to try and imagine the numbers of creatures that survive and thrive in the swirling currents of the sea; and yet that is the task of scientists worldwide, trying to piece together scattered information to build a picture of the health of life in the ocean. But why has such research become so important?

Fish is an important source of protein, vitamin D and omega-3 fatty acids1. The government recommends that we eat at least two portions every week. A booming human population, growing appetites for fish and improvements in fishing technology mean that we now use at least 160 million tonnes of fish, shellfish and other marine life every year, mostly for food, and mostly taken wild from the ocean2.

Many scientists believe that such fishing pressure is not sustainable3. For the fish species where we have good data, populations have declined by 38 % since the 1970s4. Historical accounts of fish populations suggest that they have declined even more over the last century5. The fraction of global fish stocks fished at sustainable levels is also decreasing, with 30 % of fish populations now assessed as being overfished2. Wholesale species extinctions are currently rare in the ocean but local extinctions are increasingly common6. A famous example is that of the cod in the Northwest Atlantic, which were fished down to less than 10 % of their original stock over a period of about 30 years, and have not recovered7. Similarly massive reductions in populations have been recorded on a global scale for some fish including the Southern Bluefin Tuna8, and a quarter of all shark species are considered threatened9 (40 % in Europe10). Some fishing practices also cause extensive damage to the seafloor habitats that give many animals food and shelter. The accidental catching of species that are not the targets of fishing, such as turtles, is a major on-going problem. 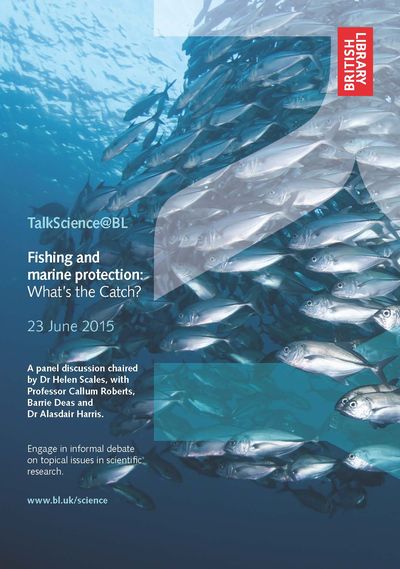 Fishing and fish farming provide livelihoods for 10-12 % of the world’s population2. In order for fish and other marine life to continue providing an important source of protein, livelihoods in fishing and tourism, and benefits to the global environment, most agree that measures are needed in order to conserve fish stocks and to make them sustainable. In areas where action is being taken, such as the Northeast Atlantic, some species are showing signs of recovery2. However, there is disagreement about which strategies are the best. For example, marine protected areas are often favoured by conservationists due to their positive impacts on fish abundance, biodiversity and habitats11. When fully protected, they can offer an insight into what the ocean was like before fishing began. However, the creation of such areas may simply move fishing elsewhere and could take jobs away from local fishermen. In many parts of the world, enforcing protected areas without the support and help of local people is very difficult. Other controversial marine protection strategies are also hotly debated. For example, fishing quotas restrict landings of fish beyond specified levels, but often result in excess fish being discarded at sea.  How can we decide on the best strategies for ensuring sustainable seas? Should marine protection strategies be driven by governments or by those ‘on the ground’ (fishermen, local communities and consumers)? Does the best strategy change depending on where we are in the world? Is sustainability enough or should we be aiming to recreate the oceans of the past?

These questions become even more difficult to answer when we consider that the ocean and its ecosystems are in a state of continual change, driven by anthropogenic global warming, ocean acidification and nutrient pollution. Examples of the impacts of such changes include species moving poleward as the oceans warm, destruction of habitats including coral reefs, and the expansion of marine ‘dead zones’, where oxygen levels drop perilously low5. How might these changes affect the fishing industry? And how will our planning and implementation of marine protection strategies have to take these changes into account?

On the 23rd June the British Library will host our 29th TalkScience event: ‘Fishing and marine protection: What’s the catch?’ With the help of our audience, our panel of experts including Dr. Helen Scales, Professor Callum Roberts (University of York), Barrie Deas (NFFO) and Dr. Alasdair Harris (Blue Ventures) will attempt to answer some of the difficult questions posed here. If you would like to be part of the discussion, tickets (£5) can be booked via our website.

References with links to the articles and British Library holdings

Posted by The Science Team at 8:30 AM