Tracing the Origins of Human Speech

Dr Jacob Dunn is Lecturer in Human Biology at the University of Cambridge and Postdoctoral Research Fellow at the Universidad Veracruzana, Mexico. His research interests lie in the areas of primatology and evolutionary biology, encompassing and integrating the fields of morphology, behavioural ecology, molecular ecology and eco-physiology. He recently made use of the Library's extensive collection of wildlife recordings.

Can you tell us about your research into the evolution of human speech?

For as long as I can remember, I have been interested in animal behaviour. I have carried out research in a range of related fields, including ecology, physiology and genetics, and have spent several years carrying out fieldwork in rainforests in Peru and Mexico. However, over the last year or so I have become interested in a new area of research, which I am really excited about, examining communication systems in humans and other primates.

In collaboration with Professor Leslie Knapp from the University of Utah and Professor Tecumseh Fitch from the University of Vienna, I am currently studying vocal communication in primates in order to gain insight into the evolution of human speech. Speech is one of the most distinguishing characteristics of our species. Yet, our understanding of the evolution of this quintessentially human trait is far from complete. As most anatomical traits associated with speech are soft tissues, which do not fossilise, it is difficult to establish when, how and why speech evolved in the human lineage. By applying the “comparative model” advocated by Charles Darwin (comparing homologous and analogous structures across a wide range of different species to draw general inferences about the evolution of traits), we use data on the anatomy and acoustics of living primates to shed light on the evolution of vocal communication in our extinct ancestors [1].

Currently, the research is largely focused on howler monkeys, perhaps for obvious reasons - they are the loudest terrestrial animal and vocal communication is clearly a very important component of their natural behaviour. They also have a remarkable vocal anatomy, with a greatly enlarged and specialized hyoid bone (the only bone in the vocal tract), which forms a resonating chamber and serves to amplify their loud calls. 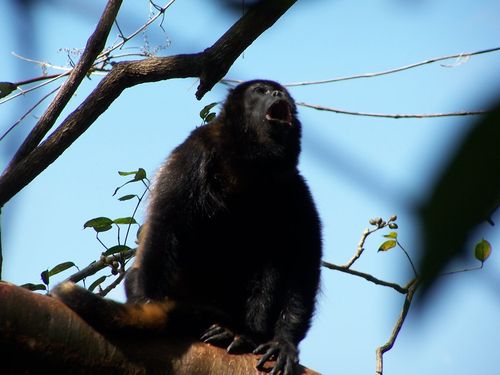 What insights can be gained from studying the vocalisations of non-human primates?

People study the vocalisations of primates for a whole host of different reasons. Some researchers are interested in what vocal communication can tell us about animal cognition. For example, a classic study on vervet monkeys by Robert Seyfarth et al., as far back as 1980 [2], demonstrated that some primates use semantic communication (i.e. the ability to use signs to refer to objects in the external world). You could think of this as monkeys using different ´words´ for specific things in their environment (in this case predators). More recently, studies have shown that some species may even use some form of syntax, stringing these ´words´ together to form ´proto-sentences´ [3]. People seem to be fascinated by the calls that animals make and what they might ´mean´.

Other researchers, are interested in the ´non-linguistic´ underlying information that may be contained within primate vocalisations (both human and non-human primates). For example, the pitch (or ´fundamental frequency´) of a call has long been thought to provide a cue to body size. So bigger individuals should have a deeper voice as they generally have longer vocal folds. However, research has shown that this relationship does not necessarily hold across all species and individuals as the larynx and vocal folds may grow independently of body size (think of what happens to human males at adolescence). Vocal tract resonances (or ´formant frequencies´) may be more constrained by body size, as they depend upon the size of the vocal tract, not the vocal folds. However, there is an incredible range of adaptations in the animal kingdom geared towards lowering the fundamental and formant frequencies, and exaggerating body size, such as the hyoid bone of the howler monkey, the long nose of the elephant seal and proboscis monkey, and the descended larynx of several deer species [4].

In humans, this is a very active area of research. We have known for a long time that women generally find men with deeper voices more attractive (the so called ¨Barry White effect¨) and men find women with higher pitched voices more attractive. However, voice pitch is also related to labor market success and leadership [5, 6], trustworthiness and dominance [7], and many other traits. There is even evidence that men may be able to detect ovulation in women from changes in the pitch of their voice [8]. I am currently working on a project related to this field with Professor Benedict Jones of the University of Glasgow.

How did you hear about the British Library’s collection of wildlife sounds?

I was searching for howler monkey vocalisations online and was lucky to happen across the collection. A few days later at a project meeting I was asked whether I had checked to see whether anything was available at museums. Fortunately, I was ready for the question and knew that the Wildlife Sounds collection held a substantial number of recordings.

You recently visited our Listening & Viewing Service – what did you listen to?

I listened to 49 recordings of howler monkeys, of which 15 were used for my research. The Service then did a fantastic job of transcribing the tapes, reels and CDs that I had listened to onto a CD, which they sent to me through the post a week or two later.

How will these recordings help further your research?

These recordings form part of a larger database of primate vocalisations, which we will use to analyse similarities and differences among species. These data complement data on morphology, vocal anatomy, behaviour, genetics and physiology, which will help us to gain a more comprehensive picture of primate communication systems. 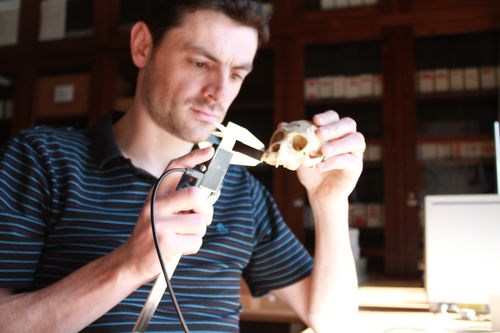