Over the past couple of months Graphic Media Design students from the London College of Communication have been producing coursework inspired by sounds from the British Library collection. The students were given their pick of recordings from the http://sounds.bl.uk site, and asked to produce graphical works in whatever form inspired them, for a project we called (logically enough) 'Sound & Vision'. Some of the students' work is being featured on this blog over the next two weeks.

First up is Sanaz Movahedi, currently in her 3rd year at London College of Communication. She took as her theme polar exploration and ice. You can follow Sanaz's progress on this particular project at http://savglaciers.tumblr.com/. 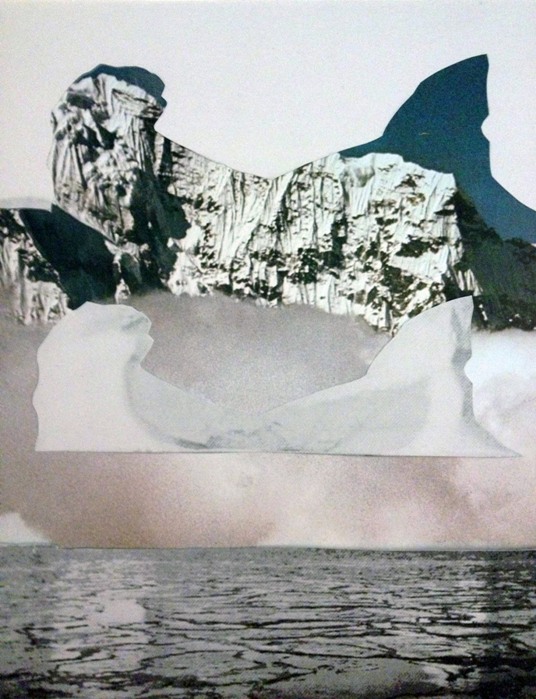 All images by Sanaz Movahedi

I became drawn to sounds that had stories, field recordings or discussion about and around ice. At first, general visual research unfolded into films and photographs but wanting to keep it more relevant I looked at The British Library’s Flickr account, which has over 1 million visual images! Excited with all this visual research to hand I started to explore into imagery that was related to ice, such as ice floes, glaciers and the North Pole.

There are two specific recordings that pushed my ideas and research further. One was ‘The Discovery of the North Pole by Commander Robert E Peary’ and the other ‘Adrift on an Ice Floe in the Arctic Ocean by Sir Wilfred Grenfell’. These recordings date back to 1910/1911 of the men talking for a few minutes about their experiences. What drew me was the sense of nostalgia these thin black discs clearly held. A grandeur and romanticised past time of men being adventurous, courageous and fearless when the northern hemisphere was still generally unknown. 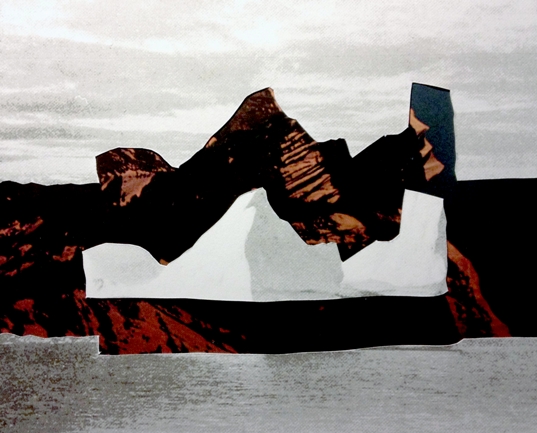 One visual form that I sometimes use to experiment and explore is collage. Having collected a handful of beautiful illustrations/images from the British Library's Flickr collection, whilst listening to these recordings again, I started cutting and arranging them with my own resource of photographs. As a result, a collection of collages was created, hopefully showing the excitement and intrigue that these particular recordings truly have, especially to me. However, I decided to still push this project further through experimentations of creating more physical work. I started by making clay sculptures of glaciers and from that have gone further into carving candles that look the same. The next approach is hopefully to film them floating, wicks alight, to accompany the sound as a video piece. This is still in the experimentation phase, but it can all be followed on my own blog to see the progress. 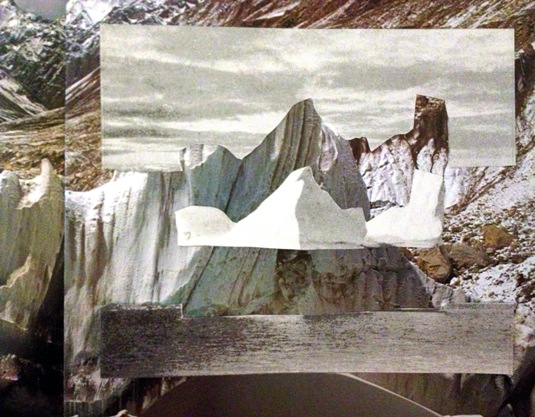 Posted by Luke McKernan at 7:49 AM