A Year of Sounds at Blakeney Point

For many of us, coastal sounds are experienced sporadically during the year, either through the occasional day trip to the seaside or more prolonged bouts during periods of annual leave. For some though, the sounds of our amazing coastline form part of everyday life. Here, Paul Nichols, Seasonal Assistant Ranger for the National Trust, describes the changing sounds of Norfolk's Blakeney Point.

The year begins with howling winds battering the coast: churning up waves and sending them crashing onto the shingle spit. Once the wind drops however, the air is filled instead by the sounds of Blakeney’s resident birds: the gentle gurgling of Brent Geese merging with the soft 'wheeeo' whistles of Wigeon in the harbour. I will always remember my early days of working at Blakeney Point, and the moment when I first heard the calls of Shelducks wintering on the spit– a loud quacking sound like a ratchet being wound at high speed. I had never come across the noise until I joined the ranger team, but now I will always associate this sound with happy times working on the Norfolk coast. While walking along the beach I also often come across a flock of small brown birds, which explode into a white-winged blizzard as I approach. These are the elusive Snow Buntings, whose soft calls echo around the winter strandline along with that of their cousins – the Lapland Bunting. 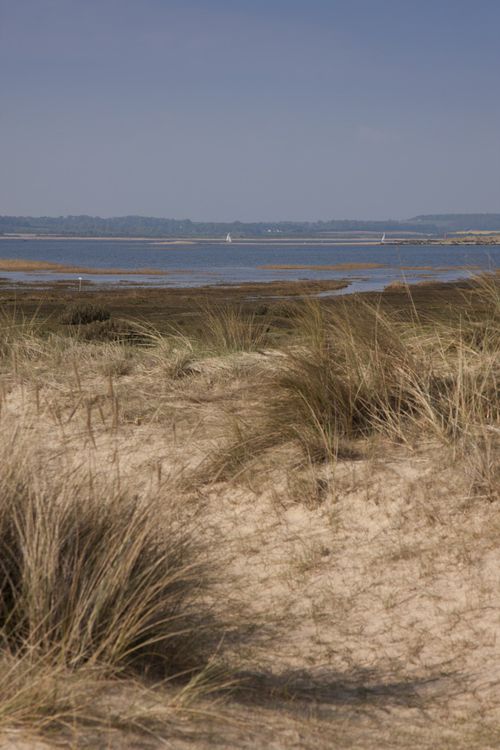 As Winter turns to Spring, breeding becomes the focus for birds on the Point. Skylarks serenade me through the dunes and remind me that summer is on the way, while Meadow Pipits make their ‘parachute’ display flights overhead, always accompanied by their high-pitched piping call. Stocky black-and-white Oystercatchers gather in large flocks to engage in fierce duels for dominance, rending the air with their ear-piercing ‘kleep…kleep… ’ battle-cries.

During high summer the harsh cries of our breeding terns and gulls can be heard, as they do their best to gather fish for their hungry chicks. The ‘ooooh’ sound of the Mediterranean Gulls always reminds me of village gossips getting hold of some juicy news, and provides an amusing backdrop to a summer stroll along the shoreline. While walking on the shingle it’s worth keeping an eye on where you put your feet, especially if you hear the ‘pu-whip pu-whip’ call of Ringed Plovers: they tend to lay their eggs in a shallow scrape on the ground, where they are camouflaged against the shingle and very easy to step on!

Visitors to the Point in late autumn or early winter could be forgiven for thinking they can hear the cries of a human baby – in fact it will be the cries of a silky Grey Seal pup demanding to be fed. Adult seals add to the cacophony with their melancholy wailing and snorting: females protect their pups by howling at other seals who get too close, while male bulls display their dominance to rivals by slamming their 400KG bulk into the ground. 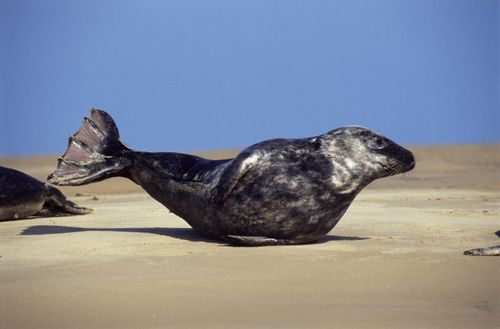 Of course there is still plenty of birdlife around: Linnets twitter as they gather into large and vocal winter flocks, while from among the seablite plants growing on the salt-flats there comes the distinctive voice of a Reed Bunting calling for its mate.

These are only a few of the sounds that can be heard here on the Norfolk coast: you just need to open your ears and let them all flood in.

Sounds of our Shores is a three month collaborative project between the British Library, the National Trust, the National Trust for Scotland and audioBoom Ltd, running from 21st June to 21st September 2015. Full details on the project and how to take part can be found here. In the meantime, here are a few recordings of the Norfolk coastline that have been submitted by members of the public: