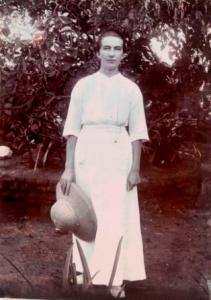 The First World War had a profound effect on Austrians and Germans living in India. Faced with increasing tension arising from the presence of enemy aliens in India and the resources and costs entailed in keeping them under civil control at Ahmednegar, the government decided that repatriation was the best option. A touching petition from Revd C R Handmann, Prisoner of War, on behalf of married men at B Camp, Ahmednegar, asks the British Government to take proper care of the wives and children being repatriated via the SS Golconda.

While cataloguing some India Office Records, a colleague discovered three volumes recording the names, appearance and profession of the people being repatriated. The majority are missionaries and churchmen, teachers, governesses, nurses and wives of businessmen. Men of fighting age were generally not repatriated so most were women, children, or elderly men. There is a photograph of each person, giving the record a striking immediacy and poignancy, especially in the case of the children.

These records show a different aspect of the human cost of war. How did these people settle into their native countries? Did they socialise with the British in India before the War? What was it like to be so far from home and find that you were classed as an enemy alien? In fact the repatriation process was not entirely devoid of compassion – passengers who were destitute were granted a small allowance. 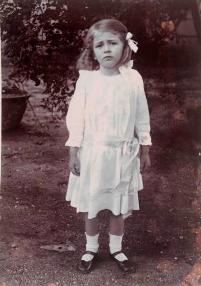 engers were doubtless pillars of Austrian and German society. However, some women’s profession was coyly described as ‘unfortunate’. I’ll write about them in a later blog.

The Public and Judicial files (IOR/L/PJ/6/1386-1389) telling the story of these hidden lives may be found in Search our Catalogues of Archives and Manuscripts.

Further reading can be discovered in Explore the British Library