There are many 'untold lives' to be found in the pages of the biographical compilations in the Asian & African Studies Reading Room, one of which is Lives of the officers of the Bengal Army, 1758 - 1834 by Major V.C.P. Hodson (OIR355.332). 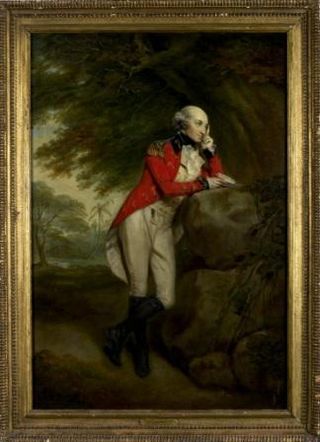 © The British Library Board Images Online


Some of the most fascinating information is to be found in the appendices near the very end of the work, even if some entries leave the casual browser keen to know more. Appendix D, for example, is concerned with changes of name. One can understand why, on 9 June 1815, Mr. Cheese chose to become Mr. Carpenter, and one can feel for plain Mr. Grant and his decision to adopt the far more upmarket moniker Grant-Peterkin in 1836, but exactly why Charles Richard William Lane was denied the opportunity in 1824 to become known as C.R.W. Mattenby is left a mystery. Further on we see that twenty-two officers became Members of Parliament (appendix J); twenty-six took Holy Orders (appendix K); and thirty-one broadened their experience of combat by serving in the Royal Navy (appendix G). Appendix F is a 'List of officers of foreign nationality or of recent foreign extraction', and begs the question what were the circumstances that made Messrs. Knudson, Roman and Engleheart leave Denmark, Sardinia and Silesia respectively to make careers in India?

Three entries under the letter 'V' encapsulate the quirky appeal of the work as a whole. James Vanzandt was born in America in 1755, the son of Jacobus Vanzandt of New York (and possibly descended from a Dutch family long settled in what was originally New Amsterdam). Not only did he eschew the chance, post-1776, to fight alongside his fellow colonists, he became a Bengal Army cadet and arrived in India in April 1782 on the Northumberland (IOR/L/MAR/B141G-H), later rising to become Sheriff of Calcutta in 1798 (quite possibly alongside a career as an auctioneer in the firm of Dring & Co.). Resigning his commission in late 1799, eventually he died on 26 October 1823 at his home Netherclay House in deepest Somerset!

Luckily for him, his fate was much more comfortable than what befell Lewis Van Sandau and Charles Van Rixtell. The demise of Van Sandau on 12 August 1827 is described in the 'Bengal Chronicle': 'The unfortunate officer was dressed in a white jacket, and in the darkness of the night the superstitious and alarmed sipahi [cavalryman] took him for a ghost and fired his piece with too fatal precision.' Van Rixtell died on 13 March 1795: 'He was leaning on some wooden railings in front of the palace [in Rajmahal, in the province of Bihar], admiring the view over the river, when they gave way. He fell forty feet ... and his head was dashed to pieces on the rocks below. He was buried in a garden adjoining the palace'.

As these are just three names drawn from the last of a four-volume set, there are no doubt many more potential contributions to this blog awaiting discovery...