To celebrate the opening of the London Olympic Games of 2012, here is a tale of athletic prowess from the nineteenth century. 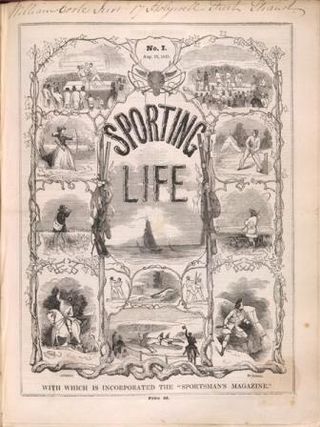 We marvel at the stamina and skill of those competing in the pentathlon and decathlon, but what would be the reaction of today’s Olympic athletes if asked to perform 15 events in 90 minutes?

On 19 August 1849, at the cricket ground in Burnley, Robert Makepeace successfully completed the following feats within the set time of 1½ hours:

Robert Makepeace (and yes, we are related!) was a well-known professional sportsman, a pedestrian or ‘ped’. Pedestrianism, meaning competitive walking or running, laid the foundations for modern athletics.  Often centred on public houses, races were organised for high stakes and bets were taken on the outcome.

Makepeace had built up a repertoire of novelty skills to attract the crowds as well as competing in running races from a sprint to 30 miles. His exploits all over England were regularly reported in newspapers such as The Era and Bell’s Life in London and Sporting Chronicle. Apparently he could run half a mile in the impressive time of 2 minutes 7 seconds. In February 1849 he took on the challenge of racing a horse over five miles, leaping 300 hurdles. The horse lost ground by refusing several times and throwing its rider, but eventually beat its two-legged rival by seven hurdles.

Robert’s nickname ‘The American Stag’ is something of a mystery as he came from London.   Perhaps he was one of the British peds who crossed the Atlantic in the 1840s to challenge their American counterparts?

By August 1852 Robert Makepeace was in Australia with Adelaide newspapers advertising his forthcoming athletic feats.  Then he seems to disappear from sight. Do any Untold Lives readers know what happened to him?