Henry George (Harry) Keith (1899-1982) was Conservator of Forests in British North Borneo, a state administered by the British North Borneo (Chartered) Company from 1881 until 1946 when it became a British Crown Colony. It is now the Malaysian state of Sabah.

The Court of Directors of the British North Borneo Company, based in London, constituted the government of North Borneo which was represented in the territory by a governor and an administration that by the 1930s had sixty British officers.

Harry Keith is perhaps best remembered as the husband of Agnes Keith (1901-1982) who wrote a trilogy – Land below the wind; Three came home and White man returns - detailing the family’s experiences in Borneo in the 1930s and 1940s, including their internment by the Japanese.

Throughout the 1930s, Keith argued that the forests of Borneo should not be solely seen as a source of timber for export but were an essential resource for local communities and a source of revenue from the trade in non-timber forest products. Keith reminded his superiors in London of the government’s obligations to the people of Borneo, including the management and exploitation of forests for the public good.

Keith highlighted the economic importance of non-timber forest products in North Borneo, including edible birds’ nests. The nests are produced from the saliva of several species of swifts that nest in the limestone caves found throughout Borneo and elsewhere in maritime Southeast Asia. The nests are prized by the Chinese – both in China and in the communities of the Chinese diaspora – for their culinary and medicinal uses. Singapore and Hong Kong are still the main centres of trade in birds’ nests. 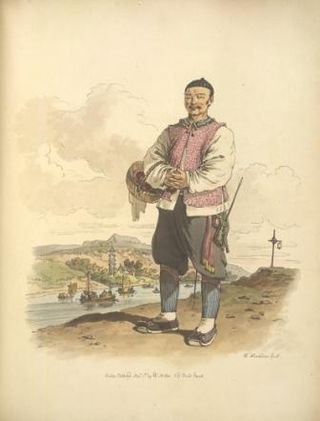 From the earliest days of Chartered Company rule in North Borneo, the royalty (usually a 10% ad valorem tax) levied on edible birds’ nests was an important source of revenue for the government.

In 1931 the Curator of Raffles Museum in Singapore, F. N. Chasen, prepared a report for the North Borneo government on the birds’ nest caves in the territory. He argued that creating forest reserves were an important way of isolating the caves from human disturbance. He believed the birds’ nest industry could be exploited further, benefiting both collectors and the government who charged a tax on the trade in nests. Using Chasen’s report to support his case, Keith was able to reserve 45,000 acres of forest specifically for the protection of the swifts’ habitat. Preserving forests near the birds’ caves also allowed the nest collectors easy access to bamboo and rattan canes used for scaffolding to access the birds’ nests.

Keith’s views and work, often in conflict with the logging companies’ interests and not always appreciated by the India Office in London, showed the benefits of enlightened forest management practices in a colonial environment.

In 2002 the British Library purchased a number of rare publications relating to British North Borneo from the estate of Harold and Agnes Keith.

The official records of British North Borneo are held at the UK National Archives.

Posted by Margaret.Makepeace at 07:00:00 in Commerce , Innovation , Journeys , Science and environment

i was delighted to find this information about Harry Keith, as the contents fill a gap in a biography I am writing of someone who was on two research expeditions to North Borneo in 1931 and 1932. Harry Keith provided hospitality and guidance! Well done, British Library. It was a shot in the dark when I put his name into Google.

I don’t know why this happens to some other countries. Products which can be used by the local people are being exported. I am aware of the tax but the government must also consider their people.