Cholera on the emigrant ship 'Sheila'

The system of indentured labour existed between 1830 and 1920 to meet the demand for labour in plantation colonies following the abolition of slavery. An Indian worker could sign on for a fixed period, usually five years, to work at a particular colony. With large numbers of Indians being shipped to various British and French colonies during this period, the conditions at the embarkation depots in India and on board the ships were of vital importance if outbreaks of disease were to be avoided. One example of a voyage where there was an outbreak of cholera was the ship Sheila, which travelled from Calcutta to Suriname in 1882. 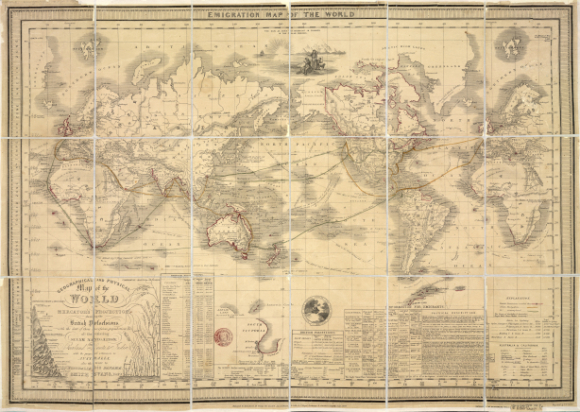 The Sheila, an English ship, arrived at Calcutta on 23 July 1882 with a cargo of kerosene oil from New York. At the beginning of September, she was contracted to take 500 Indian emigrants to Suriname, in replacement of another ship which had not arrived. Initially scheduled to leave Calcutta on 23 September, there was a delay due to most of the labourers deserting the depot and the difficulty in recruiting replacements. In the end, only 451 Indians were recruited for the voyage, allowing the Sheila to depart the port of Calcutta on 9 October 1882. According to the report by Dr Schelkly, Medical Officer in charge of the quarantine station, Asiatic cholera in its most violent form broke out on 16 October, and raged for 12 days. By the time the Sheila reached Suriname on 12 January 1883, there had been 49 deaths, 37 of which were put down to Asiatic cholera. The Suriname Administration quarantined the ship for three weeks, and arranged for the treatment of those passengers who were still sick.

In his report, Dr Schelkly gives three possibly reasons for the cause of the outbreak:
•    Contaminated drinking water. The source of the drinking water on board the ship was not positively established, and the tanks it was stored in were not kept clean enough.
•    Carried on the emigrants clothing.
•    Incipient cholera in one of the emigrants prior to embarkation at Calcutta. The rush to recruit new labourers following the desertions at Calcutta prevented a sufficient period for the health of all the emigrants to be observed prior to boarding the ship.
Better ventilation of the ship might also have helped the situation.

Unfortunately, the India Office files do not give details of the individual passengers and crew of the Sheila. However, the reports by Dr Schelkly, and by the Ship Surgeon, along with the related correspondence from the British Consul at Paramaribo in Suriname, give a wealth of details about the ship and the conditions on board, such as sanitation, ventilation, the dimensions and layout of the ship, diet of the emigrants, and provision of drinking water. 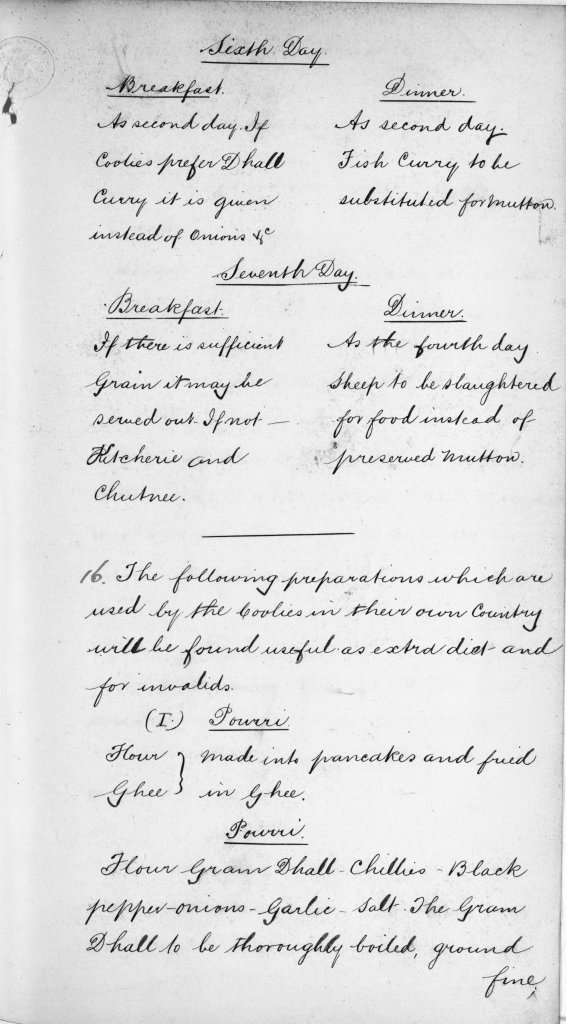 A page from the report of the Superintending Surgeon on the Sheila, IOR/L/PJ/6/94, file 561


Further reading:
Emigration to Suriname: Report on serious mortality amongst Indian immigrants on board the British ship Sheila arriving at Fort New Amsterdam (cause of mortality said to be cholera), 20th January to 13th February 1883 [IOR/L/PJ/6/91, File 245]

Emigration to Suriname: Arrival of the Sheila with coolies from Calcutta; excessive mortality during the voyage stated to be from Asiatic cholera, 13th February to 1st May 1883 [IOR/L/PJ/6/94, File 561]

Emigration to Suriname: minute of the Quarantine Board of British Guiana on the case of the British ship Sheila, put in quarantine off British Guiana after cholera during voyage with coolies from Calcutta, 27th July 1883 [IOR/L/PJ/6/102, File 1242]

Posted by Margaret.Makepeace at 00:15:00 in Health , Journeys , Science and environment , Work