Bournville – A Confection of Industrial Relations

In the British Library’s stall of social history, the curious Cadbury company provides a chocolate box of interests.  The Cadbury family of Birmingham grew their cocoa products empire throughout the 19th century and this led them to building not only a factory but a whole factory town.  In fact, Bournville was a conspicuously composed community that worked wonderfully.

By the 1930s, the company’s complex of neighbourhoods hired 9,000 workers but the Quaker ethos of the owners gave the staff, and their families, a wide range of social services that would not have been affordable by local government.  You probably know that Cadbury’s provided housing, classroom education, health care, swimming and other sports, and music.  But they ran summer camps for boys, a seaside holiday camp for families, Continental holidays, and the firm even taught adults Esperanto! 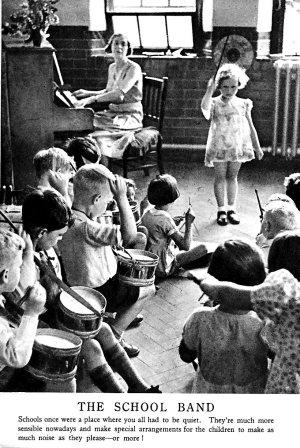 In 1934’s English Journey travelogue, J B Priestley appreciated the paternalist benevolence that the company served up, but he still thought it a politically sour spoonful.  Perhaps the lack of even one public house offended his nature (Bournville’s still pub-less).   But if you want to form your own opinion of Cadbury’s town built of cocoa beans, the British Library offers many morsels of its history.

The Bournville reading room had “every kind of newspaper and magazine.” While it’s unlikely they stocked the Communist Party’s Daily Worker, the jazz fans’ weekly Melody Maker, or any timely tip-sheet for horse racing aficionados, it was probably a good resource nonetheless.