Earlier this year, the British government received a bequest of £500,000 from Miss Joan Edwards.  Another large bequest to the State was made 200 years ago in the will of Admiral Peter Rainier (1741-1808).  Rainier was the senior Royal Navy officer in the East Indies 1794-1805 during the French revolutionary and Napoleonic wars.  He amassed approximately £250,000, primarily through prize money.  In his will he referred to his naval career ‘in which I have acquired the principal part of my fortune I now have, which has exceeded my merit and pretensions’.  He therefore gave 10 per cent of his estate to help reduce the national debt. 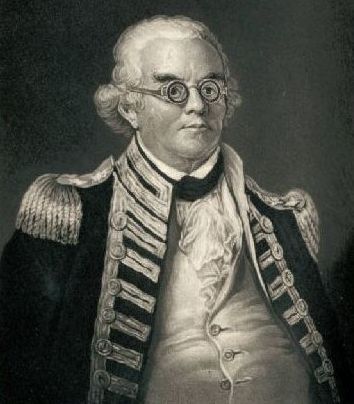 In spite of his successful career, Rainier did not receive formal recognition of his achievements.  As early as 1799 a correspondent to a London newspaper was puzzled by the lack of honours for Rainier when compared to those showered on Nelson.  Government indifference even continued after he had returned home.  At the general election of 1806 Rainier was not selected to be the Admiralty candidate for Sandwich.  However, he stood as an independent and came top of the poll.

It is difficult to understand why Rainier received no honours.  Perhaps it was felt the vast fortune he made was sufficient reward, or those in power had no idea of how difficult it was to command a naval station of such size and complexity.  Maybe he had no friends or allies to push for him after 11 years away from Britain.  Rainier certainly was not a self-publicist in the style of Nelson – he never complained to the Admiralty about lack of favours, or rewards.

Here are some of Rainier’s achievements during the eleven years he was in the East Indies.

•    Trade grew rapidly under Royal Navy protection.  Rainier’s successful allocation of the ships of his squadron was helped by his vast knowledge of the uncharted waters of the eastern sea and its severe weather patterns.

•    Rainier cared for his men.  He aimed to provide them with the best food and drink, even buying cocoa although it was twice as expensive as that in the West Indies!  He established a hospital in Madras, and ordered that each captain and surgeon should visit their sick men ashore in hospital at least once a week.  He listened to the crew’s complaints, never punishing too harshly.  He obtained permission to pay lascar sailors locally on their release instead of requiring them to go to London to get paid and then find a return passage to Asia.

•    Rainier was a stickler for efficient logistics and financial administration.  He established excellent support structures over this 30 million square mile station to enable men and ships to get the best possible resources available.

•    Rainier opened up full communication and co-operation between the Navy and the East India Company, leading to success for all combined operations.

Peter Rainier was not a man with a large ego.  His gift to the government points to a man conscious of his good fortune, not one to bear a grudge or feel slighted,  a man of great loyalty to the Crown, the Royal Navy, and his family.