In the 18th century the most fashionable dancing masters must have been very visible members of society. Not only did they teach the beau monde, but they held and officiated at public balls and they advertised their services assiduously in the newspapers and elsewhere. For all that, they can be maddeningly elusive when it comes to discovering even the most basic details of their lives. 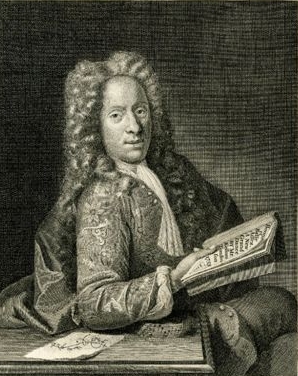 Portrait of  Kellom Tomlinson from The Art of  Dancing

One such dancing master was Kellom Tomlinson. He is the author of one of the most beautiful dancing manuals of the Georgian period – The Art of Dancing published in London in 1735. The list of subscribers to this publication, some of whom must have been his pupils, includes many members of the aristocracy and gentry as well as professional dancers and fellow dancing masters. Yet, we have no record of his birth and until recently the date of his death was unknown.

A chance discovery in the Burney Collection of newspapers, held by the British Library, gives us Tomlinson’s date of death. The Whitehall Evening Post, or London Intelligencer for 18-20 June 1761 reports:

Tuesday died, of a Paralytick Disorder, in Theobald’s Court, East Street, Red-Lion-Square, Mr. Kenelm Tomlinson, Dancing-Master, in the 74th Year of his Age. 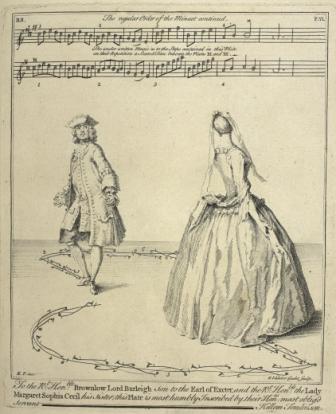 from The Art of  Dancing

The notice provides more than just Tomlinson’s date of death, Tuesday 16 June 1761. It also suggests that he was born in 1687 or 1688, some years earlier than was previously thought. Tomlinson himself tells us, in the Preface to The Art of Dancing, that he was apprenticed to the London dancing master Thomas Caverley between 1707 and 1714. Boys were usually first apprenticed at the age of 14, so Tomlinson was assumed to have been born around 1693. If the notice is correct about his age at death, he did not enter his apprenticeship until he was around 19 years old. This was late by most standards, but particularly for an aspirant dancer. Perhaps this was why Kellom Tomlinson never pursued a stage career.

Kellom Tomlinson's The Art of Dancing will feature in the British Library's forthcoming exhibition Georgians Revealed, alongside other rare dance manuals, notated choreogaphies and prints.

Posted by Margaret.Makepeace at 08:15:00 in Arts and crafts , Domestic life , Georgians-revealed , Health , Work