The Tower of Silence, a Zoroastrian detective story

If readers are looking for unusual Christmas presents, they should perhaps look no further than The Tower of Silence by Phiroshaw Jamsetjee Chaiwala Chevalier, a detective story featuring the fictional detective Sexton Blake who appeared in many British comic strips and novels throughout the 20th century. Until earlier this year, Chevalier’s manuscript lay unrecognised, languishing in the basement of the British Library, when it was published for the first time by the Princeton historian Gyan Prakash. 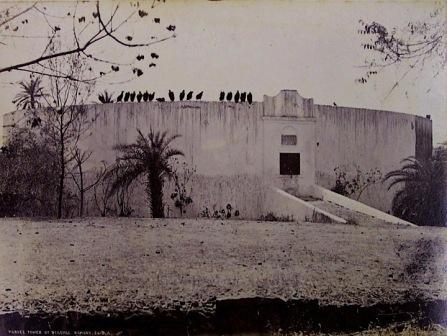 ‘Parsee Tower of Silence, Bombay’, taken by Bourne and Shepherd in the 1880s. The towers of silence (dakhmas) are enclosed towers in which Zoroastrians expose the dead to be eaten by vultures (seen here ghoulishly lined up waiting), thus avoiding pollution of the sacred elements fire, water or earth. While they are no longer in use today in Iran, they are still used by Zoroastrians in India and Pakistan.
India Office Photographs, Photo 576/(2)

Gyan Prakash’s introduction ‘Looking for Mr Chaiwala’ is almost as exciting as the story itself. He describes how his eyes lit on the title as he was wading through historical documents in the Asian and African Studies Reading Room in 2001. The manuscript had originally been classified as a printed book but was in fact a copy of a typescript, one of 100 copies apparently published in May 1928 in Bombay. Immediately hooked, he was dismayed to find the India Office Library copy ended abruptly on page 169. After a hunt lasting two years, he finally tracked down a copy with the remaining eight chapters and the novel was published by Harper Collins earlier this year. 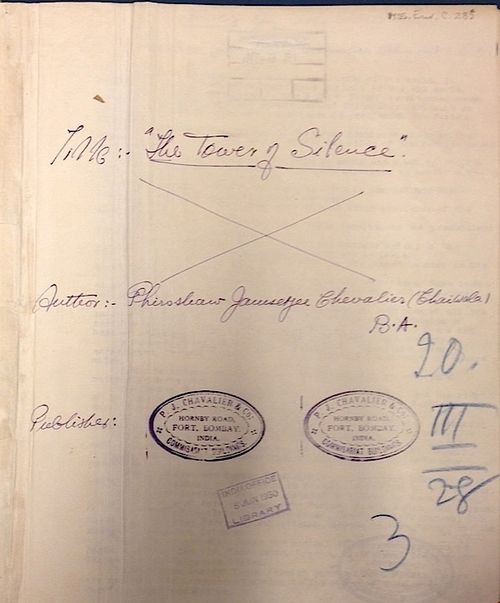 The title page of The Tower of Silence with the otherwise unheard of publisher’s stamp ‘P.J. Chavalier & Co. Commisariat Buildings’, and a blue crayon annotation indicating that details of the book are to be found in the quarterly list of publications from Bombay, 3rd quarter, 1928.
India Office Private Papers Mss Eur C285

The novel is based on a historic event when on 25 August 1923 a London weekly, The Graphic, published an article on the Parsi tower of silence (dakhma) in Pune. Included in the article was a large aerial photograph showing corpses in the well of the tower. The photograph produced such a sense of outrage in Bombay that the Secretary of State for India was required to request the editor of The Graphic to destroy the photographic plate and negative. 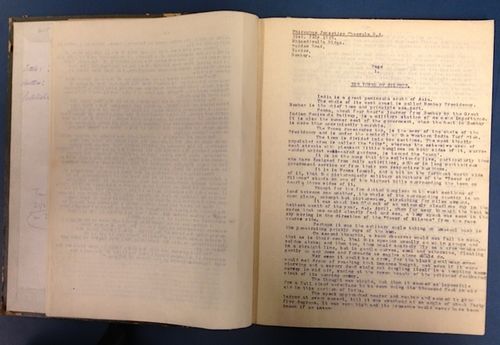 The beginning of the story. In the typescript chapter one is preceded by a two-part introduction on the history of India and Zoroastrianism.
India Office Private Papers Mss Eur C285

The story begins at 2pm on a cloudless afternoon in April with the click of a camera shutter. Beram, a sophisticated and devout Parsi, equally at home in London or Bombay, seeks revenge on the perpetrators of the sacrilegious act, hotly pursued by Sexton Blake and his assistant Tinker. The plot progresses via murders, cobras, mongooses, deadly spiders and hypnotism ending with a final dénouement which takes place (guess where) in a ‘tower of silence’.

File 5203 - Action taken regarding offence caused to Parsis over the publication of a photograph of the interior of the Parsi Tower of Silence; newspaper apology [file includes photograph]   IOR/L/PJ/6/1862, File 5203 : Sep-Oct 1923

Posted by Margaret.Makepeace at 09:33:23 in Arts and crafts , Religion