‘For the Sake of Freedom’: British World War II Propaganda Posters in Arabic

An unassuming financial file contained in the records of the British Political Agency in Bahrain (that now form a part of the India Office Records held at the British Library) unexpectedly contains two rare examples of Arabic-language propaganda posters produced by the British Government during World War II. Remarkably, the only reason that the two posters have been preserved in the records is because financial accounts of the Bahraini government are typed on their reverse. It appears that the posters were used by the Agency in place of paper due to a shortage in supplies caused by World War II. 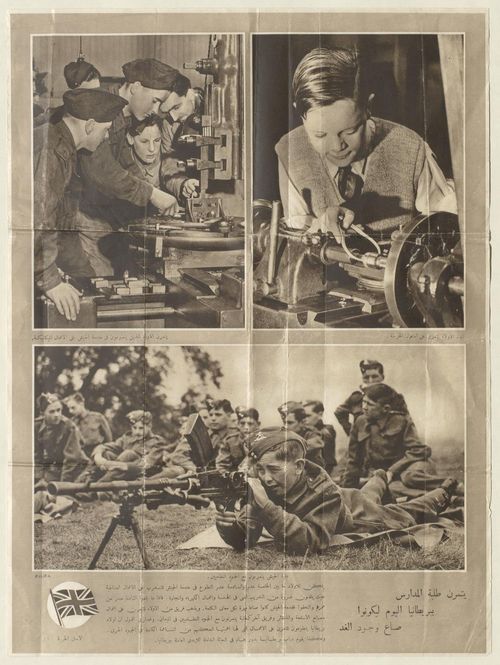 The accounts on the posters’ reverse are for the hijri calendar years 1362 and 1363 (c. 1943) but the posters themselves are not dated. However, given that one of them depicts a children’s mock parliament discussing the post-blitz re-planning of London, it appears that they were produced sometime after May 1941 (when the blitz ended) and thus are roughly contemporaneous with the financial accounts printed on their reverse. 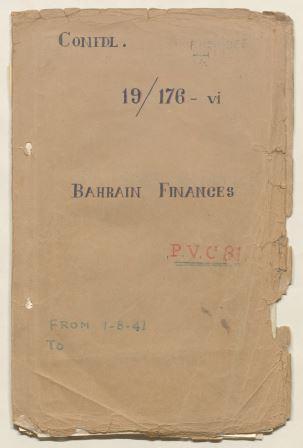 Both of the posters seek to promote a strong, progressive image of Britain and stress the involvement of school children (of both sexes) in British society and in shaping the future of the country. By depicting children involved in a mock parliament, one of the posters alludes not only to Britain’s actual parliament – in contrast with Germany’s dictatorial system – but also to the supposedly inclusive nature of a modern Britain that involved young people in broader issues related to society.

The other poster presents a more overtly militaristic image of British youth and has the tag line يتمرن طلبة المدارس بريطانيا اليوم ليكونوا صناع و جنود الغد [Students of British Schools Practice Today to be the Builders and Soldiers of Tomorrow]. The poster has a large image of a boy in British Army uniform firing a Bren Machine Gun. Its text discusses military service for youth in the country. 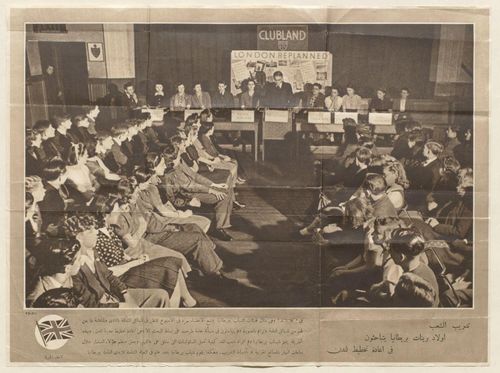 On both of the posters, the slogan 'For the Sake of Freedom' appears below a picture of the Union Jack flag. The use of this slogan is ironic to say the least given that at this time Britain still ruled over a vast global empire that robbed millions of people around the world of the very freedom that they were ostensibly fighting for. Indeed, many of the individuals at whom these Arabic-language posters were targeted were living in areas that were under the imperial domination of the British.

This was especially true in the case of Bahrain. Although the country was never formally a part of the British Empire, a series of treaties agreed between the British Government and the Al Khalifa family in the nineteenth century had given Britain control over Bahrain’s foreign relations, incorporating the country into the British Imperial system. 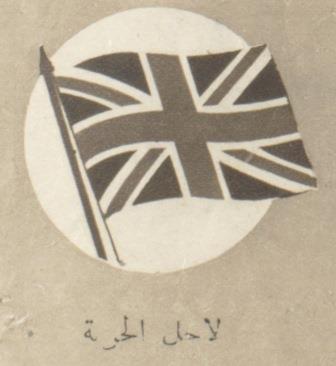 During World War II, the Middle East was the site of a propaganda struggle between Great Britain and its allies, and Nazi Germany and the other axis powers. As my earlier blog post demonstrated, propaganda produced by the German Government – in this case radio broadcasts in Arabic – found a receptive ear in some areas of the Persian Gulf. The British made efforts to counter this German propaganda by radio broadcasts of their own and through the production of printed materials such as these posters.

I'd have thought that the British Library would know that 'Great Britain' didn't fight in WW2 - it was the United Kingdom.