William Henry Fox Talbot (1800-1877) was a Victorian scholar who is today best known for the invention of photography, specifically the process whereby a negative is used to make any number of positive images onto photographic paper. 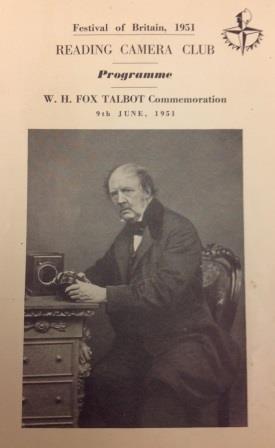 What is perhaps not so well known is that Talbot excelled in and made significant contributions to many diverse fields of research including Assyriology, astronomy, botany, etymology, mathematics, philology, photography, photolithography, and science.  He also found time for a short political career, business ventures, management of the family estate and raising a family.

The British Library has catalogued Talbot’s notebooks plus 4,000 additional items including books, pocket notebooks, pamphlets, published papers, patents, loose notes, printers’ proofs, accounts, invoices, receipts, herbaria and other material. These additional items will soon be released to researchers and Untold Lives will be highlighting material showing different sides of Talbot and his life and times.  We start today with Talbot’s short political career.

Although Talbot was only involved in politics from 1832 to 1835, those years were a time of great social and political change in England. Standing as a candidate for parliamentary reform in the 1831 election, Talbot received just 39 votes. However, this was out of a total number of 129 entitled voters so the result was deemed a success by political reformers and a song was written in his honour. 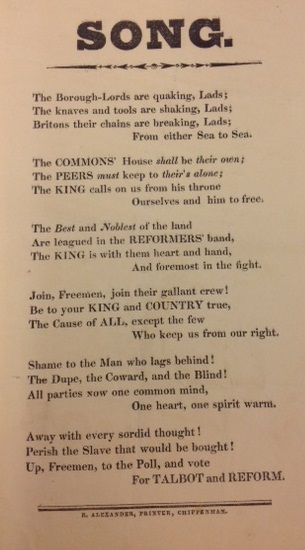 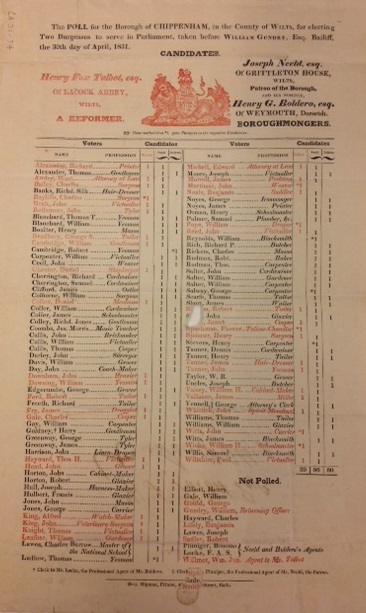 British Library: Fox Talbot Collection
Talbot’s copy of the 1831 electoral result with those who voted for him highlighted in red. There was no secret ballot so those eligible to vote could be bribed or coerced especially if the candidate was their landlord.

The 1831 Parliamentary reform bill failed and another election was held in 1832. Talbot was elected supporting the reformist Whig government. From 1832 to 1834 several important bills were passed including the Reform Act of 1832 which extended the voting franchise; the Agricultural Labourers Act 1832 which regulated wages and set a minimum wage; and the Slavery Abolition Act 1833. 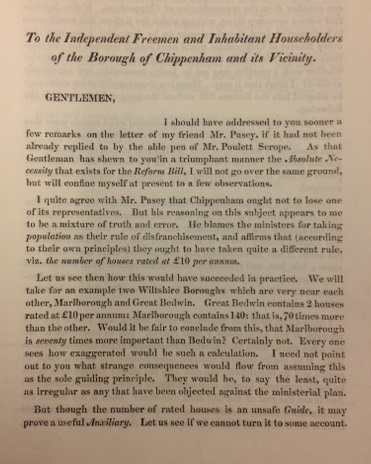 British Library: Fox Talbot Collection  This document dated 5 April 1831 shows that one of the ideas of the Reform Act of 1832 had already been decided upon - the right to vote depending up on the ownership of property to the value of £10. Though this bill was much criticised it did extend the voting franchise and paved the way for further reforms. 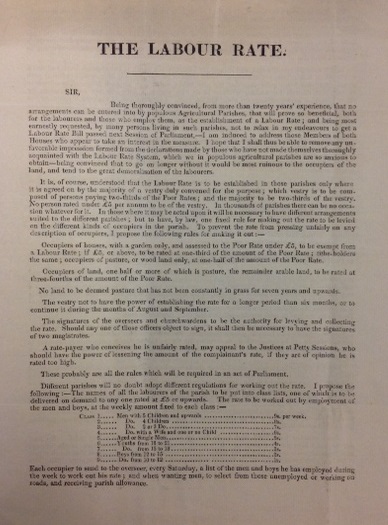 British Library: Fox Talbot Collection  The list of wages for employable people, at the bottom of the page, includes boys as young as 10. 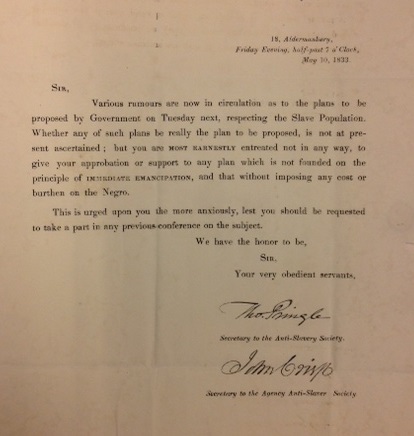 British Library: Fox Talbot Collection  Slavery Abolition Act 1833 The document calls for Talbot’s attendance in Parliament for the slavery vote and hints at the machinations of political life at the time.

Interference from King William IV meant that several governments were formed and then dissolved in quick succession 1832-1834. In this speech made in 1834 Talbot warns of economic and social damage resulting from this instability and the threat this poses to the effective implementation of the reforms just passed. 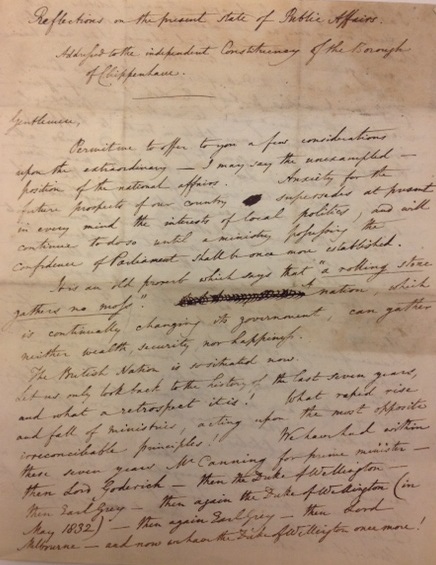 Talbot became disillusioned with politics and when an election was called in 1835 he declined to stand for re-election and thereafter maintained only a mild interest in politics.

Posted by Margaret.Makepeace at 09:00:00 in Arts and crafts , Innovation , Politics , Reform , Science and environment , Slavery , Work