In a letter of 2 January 1867 William Lockyer Merewether, Political Resident in Aden, recounted to his friend Lewis Pelly, Political Resident in the Persian Gulf, a recent incident involving Sayyida Salme bin Said, sister of Sayyid Majid bin Said Al-Busaid, Sultan of Zanzibar.  The Princess had  fled Zanzibar in fear of her life and had obtained passage to Aden on the British vessel HMS Highflyer. 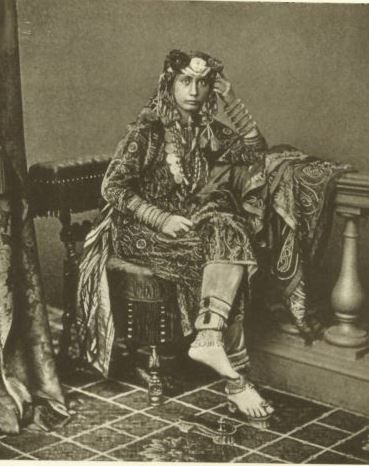 Sayyida Salme bin Said, from Memoirs of an Arabian Princess

Salme was born in Zanzibar in 1844 and had spent her early youth living in her father’s palaces outside Stone Town. Following the death of her father in 1856 and her mother in 1859, she became involved in the struggles between her brothers Majid and Barghash for the Sultanship of Zanzibar. Following her brother Majid’s victory and her brother Barghash’s exile to Bombay she moved to Stone Town in the mid-1860s where she became acquainted with her neighbour, a German merchant named Rudolph Heinrich Ruete. She fell in love with Ruete and became pregnant by him. Shortly after her pregnancy became apparent, her brother Majid proposed she take a trip to Mecca, which Salme believed was an attempt to have her killed and so she fled to Aden with the help of Captain Pasley of HMS Highflyer.

Once in Aden, Salme converted to Christianity and remained there until Rudolph could join her. Just prior to their marriage in May 1867 she took on the name Emily and for the rest of her life was known as Emily Ruete.

The Ruetes moved to Hamburg in Germany. Tragedy struck in 1870 when Rudolph was killed in an accident leaving Emily a widow with three young children. She faced financial difficulites as she had been cut off from her own inheritance by her brother and was not permitted to inherit her husband’s estates. To alleviate these problems she published a book  Memoirs of an Arabian Princess which is believed to be the first known autobiography of an Arab woman and covers her life in Zanzibar from 1850 to 1865.

After the death of her husband, Emily found her herself caught up in the colonial plans of Otto von Bismarck, who wanted to seize Zanzibar for Germany and allegedly intended to place Emily’s son Rudolph in charge there as Sultan. These plans never came to fruition and eventually Emily was reconciled with her family, returning to Zanzibar for visits in 1885 and 1888. 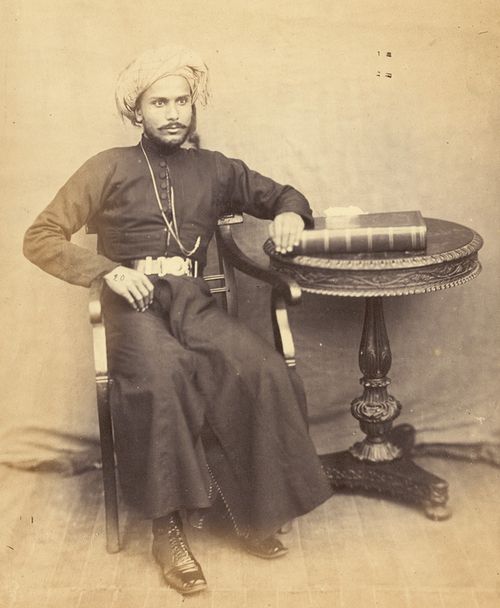 Portrait of Sayyid Majid, Sultan of Zanzibar, by Hurrichund Chintamon, 1860s. From the Archaeological Survey of India Collections. Online Gallery

In 1922 Emily published a further book entitled A Princess between two worlds in which she published her letters home to Zanzibar and recounted her reactions and thoughts on life in Europe. Emily died in Jena, Germany, in 1924. A permanent exhibition about her life can be seen in the People’s Palace in Stone Town.

Posted by Margaret.Makepeace at 9:30 AM