Father’s Day was first celebrated in the United States in 1910.  The idea was introduced into Britain in 1949 sponsored by the National Association of Outfitters.  A Father’s Day Association was set up in London, but stories in the British press suggest that the idea did not catch on quickly. 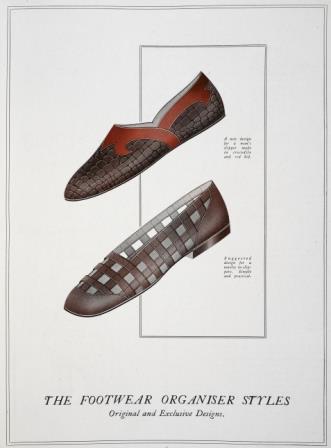 The Yorkshire Post of Friday 19 June 1953 carried a report about Father’s Day which fell on the next day.  The article was entitled ‘The one day when Father can sit at ease – but very few appear to know about it’.  The Father’s Day Association had issued a document stating that Britain had now joined the rest of the world in its celebration: ‘It is the day when the family make amends for the 364 days when father gets pushed around and neglected.  He has presents heaped upon him and there is a concerted rush by the family to get him cups of tea, mow the lawn and do any other of the small services which he always appreciates but rarely receives’.

However the Yorkshire Post reporter said that if Father’s Day had indeed caught on in Britain, fathers seemed to be curiously unaware of it. Of half a dozen men he had questioned in Leeds, only one had heard of it and he regarded it with ‘deep suspicion’.  The man told the reporter that Father’s Day was nothing but ‘a shopkeepers’ stunt’ aimed at making people spend money.  On reflection the man did admit that the principle of raising the importance of fathers was a good one, even if only for one day.

The interviewee then waxed lyrical on how the status of fathers had declined in his lifetime: ‘It is one of the outstanding social changes of modern times.  Books should be written about it: Government White Papers prepared’.  His grandfather had never held a dishcloth in his life and would have walked out on his grandmother if she had even dared to suggest that he do the household duties that modern fathers were expected to perform.

The man went on to say: ‘You know the whole trouble is that fathers have been cowardly and weak. They have surrendered their authority without even a struggle.  They have allowed their wives to make them drudges and their children to treat them with contempt.  And now they are suffering the consequences.  Their wives are television addicts and their children juvenile delinquents’.