In our last post, Wealth and Want, we left Samuel Blakey at Worship Street Police Court in August 1864 dismayed at the prospect of paying 10s a week to help support his daughter Susannah Heath and her children Emily and Sidney. He exclaimed that he would have to sell his farm if he was to comply with the order.  Was Samuel Blakey a heartless father or simply a struggling farmer with many mouths to feed? This is the story of what happened to the family afterwards.

In 1866, Samuel Blakey was suffering from ill health and decided to let his farm in North Mimms from Lady Day (25 March) 1867.  There was an auction in October 1866 of 18 horses, 24 fat bullocks, 45 ewes, 107 lambs, poultry, 180 loads of meadow hay and clover, 70 acres of wheat and the straw, 40 acres of oats, beans and barley, and farm implements.  His wife Sarah had a history of depression and was very despondent at the prospect of leaving the farm. On 9 March 1867 Sarah was found in bed with her throat cut, a ‘melancholy suicide’ which ‘cast a gloom throughout the surrounding neighbourhood’. 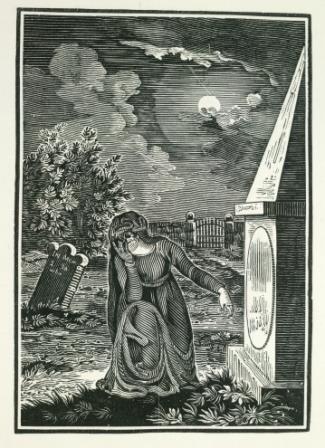 Samuel moved to the city of Lincoln after Sarah’s death but was in North Mimms when he died on 24 November 1868.  The probate valuation of his estate states that his effects were worth less than £2,000.

Samuel Blakey had a large number of children by his wives Mary Holmes and Sarah Shirtcliffe, born both in Lincolnshire and Hertfordshire.  Some of his children had stayed in Lincolnshire when he moved to Potterells Farm, for example George Shirtcliffe Blakey, a ‘mechanical draughtsman’. Others moved to Lincolnshire later: in the 1871 census, nineteen year old accountant Nathaniel Blakey is shown as the head of a household in Lincoln shared with his sister Harriet, 22. Their brother Robert Blakey stayed in Hertfordshire running a business as a corn merchant.

The magistrate was told in 1864 that Samuel Blakey’s daughters at North Mimms were dressed like ‘young ladies’ and there was ‘every appearance of wealth and respectability’, a stark contrast to Susannah Heath in her miserable room in Hackney. The disparity in lifestyle between the sisters persisted. Charlotte Blakey married wine merchant Henry Pratt and in 1881 they were living in Lincoln with three daughters, a niece, a governess, and two domestic servants. Lucy Blakey married brewer Francis Parsons and she too could afford to employ servants.  By 1901 Lucy was widow and living at De Walden Lodge Eastbourne with her unmarried sister Harriet and a cook, a parlour maid, and a housemaid.  Both Lucy and Harriet were living on private means.

And what became of Susannah, Emily and Sidney Heath?  In 1871 they were all still living in Hackney but with an addition to the family – one year old Susannah Heath.  Fourteen year old Emily and her mother were working as machinists.  Sidney became a potman but died aged nineteen in 1881.  I believe that Emily married William Campbell in 1874 and raised a family in London. But I cannot trace the two Susannahs after 1871.  Can anyone tell me what happened to them?

Posted by Margaret.Makepeace at 09:00:00 in Conflict , Domestic life , Health

Could I suggest getting hold of the marriage certificate for Emily? This would tell you who was present at her wedding. Her mother might be a witness. Susannah was 39 in 1871 so could have remarried, which might be the reason she can't be found in the census for 81 or onwards. William, her husband died in 1861 and the daughter Susannah was born in 70, out of wedlock. Quite possibly they both died. I cannot find a death for either of them though. I think it likely the daughter died and the mother remarried. There is a marriage for a Susannah Heath in 1891 to either John Horriger or Robert Muller. It would be worth looking at this to check if it is mother or daughter (or another Susannah Heath altogether).