Never a dull moment – the life of a diplomat’s wife

What is it like to be a diplomat’s wife?  The cover of the diaries of Lady Doris ‘Dodo’ Symon provides a ready answer: ‘Never a dull moment.’

Dodo Symon (1899-1987) followed her husband Sir Alexander Symon (1902-1974) in all his diplomatic missions for over thirty years.  They were globe trotters who were able to see much of the world before the advent of mass tourism.  They lived in style in luxury hotels and sumptuous ambassadorial residences with an impressive army of servants.  They moved in high society circles, entertaining royalty, visiting exotic resorts, meeting people of different customs and religions, all in the name of ‘furthering the good relations’ between Britain and the country of their diplomatic mission. 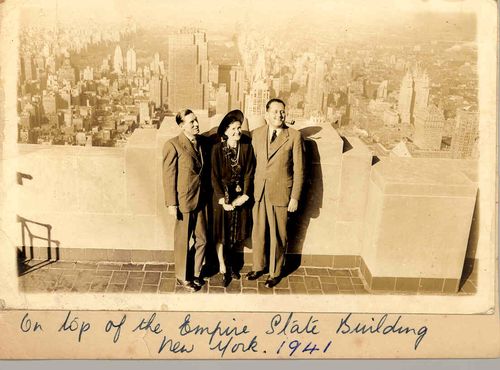 Lucky Dodo enjoyed a wonderful life until an advanced age without experiencing any major personal crisis.  Her diaries spanning  the 1940s to the 1960s read like a long catalogue of entertainment: never a day went by without socialising.  During the 1940s, while the rest of the world broiled in conflicts and tragedies, the Symons escaped the Second World War by being posted to the United States to represent the Government of India.  They lived there and travelled around until the end of the war.  Alexander Symon was then posted to India at the end of the turmoil of Independence.  A few years after the closure of the India Office, he was appointed as the High Commissioner in Pakistan and stayed in Karachi for seven years during which time they visited Afghanistan, Nepal and other neighbouring countries.  Their long diplomatic career did not end there.  Symon was later sent to Nairobi on an economic mission and visited several other African countries.

As for the wives of diplomats, apart from accompanying their husbands in meeting dignitaries and attending ceremonies, their daily life seemed to be filled with playing with their pet dogs, participating in dog shows, going to horse races, attending concerts, enjoying dinner parties, visiting interesting places, gardening, and shopping.   Every day for them was like Christmas Day, festival after festival, and indeed, “never a dull moment.”  Dodo was particularly talented at organizing events.  Her duty consisted of drafting lists of invitations and preparing menus for lunch, dinner, or cocktail parties, making sure the servants strictly observed the decorum of high society, with the dining room elegantly decorated and flowers suitably arranged.  An energetic woman, Dodo was also a highly efficient journal keeper who made meticulous entries of their daily activities in her cheerful diaries.  She was perhaps her husband’s best secretary.

The highlight of her husband’s illustrious career was the Queen’s visit to Pakistan in 1961.  This exciting event was recorded in minute detail in her diary accompanied by photographs.  Dodo’s happiness was clearly visible in one of the photographs in which she was shaking hands with the dashing Duke of Edinburgh.

These diaries, together with 37 reels of 16mm cine films made by Dodo herself, are testimonials of the daily life of an ordinary British diplomat, basking in the carefree optimism of the British post-war period.