Inspired by the latest exhibition Terror and Wonder I looked for ‘haunted’ materials in the India Office Records. To my disappointment I couldn’t find any ghosts, vampires or Goths among the Honourable East India Company’s servants. All was not lost however: the archive of the British Association for Cemeteries in South Asia (BACSA) contains a file with papers relating to ghosts. 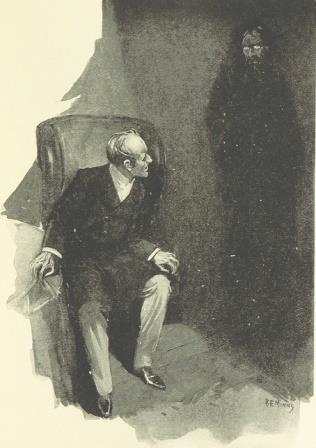 From Ghosts: being the experiences of Flaxman Low ... With twelve illustrations by B. E. Minns  British Library on flickr

In 1839 W. B. Hamilton built a house on a plot of land in Simla near the old cemetery.  Lt. Col. W. L. F. Yonge of the Royal Artillery bought the house in 1865 and 30 years later it was inherited by his daughter Elsie Macandrew.  ‘Charleville’ was rented out by the Yonges and that’s when the trouble started. 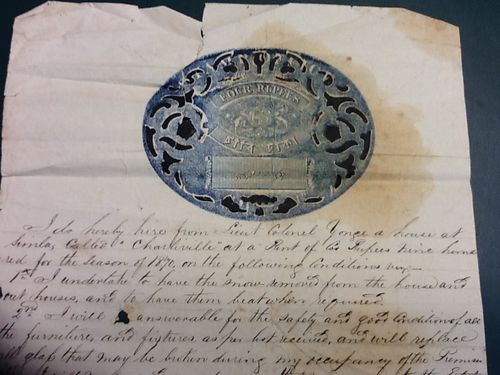 Just before World War One, Col. P. and his wife moved into the house. They invited their niece Miss S. to stay with them.  Returning home one evening they found all the servants outside. The bearer reported he had seen a sahib in Miss S’s room. They searched, but couldn’t find anyone. After a peaceful night, the young lady went to take a bath and suddenly the whole house could hear her screaming.  She was standing, wrapped in towel, shrieking: ‘They are throwing cold water at me! Can’t you see?’

That was just the beginning. Dinner parties at ‘Charleville’ must have been amusing with missing cutlery, misplaced flowers, and rooms in disorder. Maj. H. of the Royal Engineers was certain that the servants were behind the hauntings so he and Col. P. sealed the dining-room and came back the next morning. To their surprise, the seals were unbroken but the whole room was in disarray.

Col. P., being a devout Catholic, called for a priest, who sprinkled holy water and said the prescribed prayers. The poltergeist must have been of a different religious persuasion as the disturbances carried on. The P. family had had enough and decided to move.

When Mr. Bayley lived at ‘Charleville’, one of the servants reported a sighting of a sahib in fancy clothing who walked through the door. After the Bayleys, Officer H. of the Sappers and Miners moved in. His little girl saw a man in old clothes on many occasions. The home didn’t bring good fortune – H. died at Gallipoli.

After the H. family, a Japanese consul and his wife stayed there, but after only three weeks they left in despair. Around 1914 a Mrs. A. bought the house and she still lived there in 1947 undisturbed. 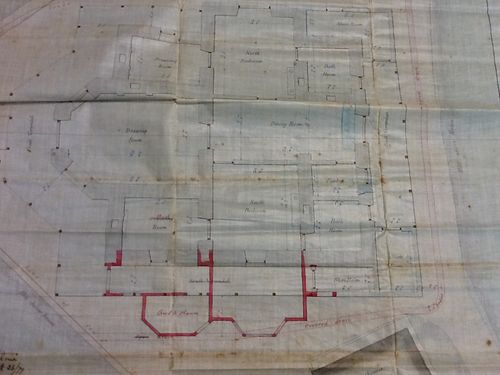 Simla was a-buzz with the story that the ghost was that of a man buried in the cemetery who had murdered his wife and was now earthbound.  The anonymous author ‘Hyderabad’ was so captivated that he checked the graves and burial books. His investigation was not successful, as none of the men matched the story. There were no murders, or at least no confirmed ones, and the only tragedy he uncovered was the death of a Mrs Codrington and her young children.

Posted by Margaret.Makepeace at 09:00:00 in Conflict , Domestic life