Honest and industrious – petitions to the East India Company

It’s easy to forget that New Year’s Day has only been a Bank Holiday in the whole of the UK since 1974.  So 1 January 1841 was a normal working day in the City of London. In Leadenhall Street, the East India Company directors who sat on the Finance and Home Committee met to consider business. 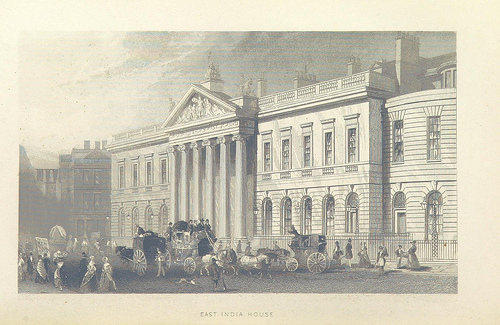 Amongst the paperwork set before them were four petitions from former Company warehouse workers and their families.  The Company had been forced to make majority of its London warehouse staff redundant after commercial operations ceased in 1834.  A sliding-scale of pensions was introduced based on length of service. However many of the warehouse workers and their families were driven to appeal to the Company for assistance in times of trouble.   As we shall see, the directors did not always agree to help.

Former labourer Timothy McCarthy of 52 Baldwins Gardens, Leather Lane, Holborn, had a wife and three children to support but was out of work. He wished to go to Shanagarry County Cork where he had friends who would help him.  He asked for a quarter’s pension in advance to pay for the journey. A testimonial from Thomas Doyle of the Catholic Chapel, London Road, stated that McCarthy was honest and industrious. Company official Joseph Barber Wilks submitted a report to the Committee: McCarthy had been visited at his home; he bore a very good character but was unable to find employment; he and his two grown up sons were out of work. The Committee agreed to advance McCarthy’s quarterly pension of £4 17s 6d to allow the family to travel to Ireland. 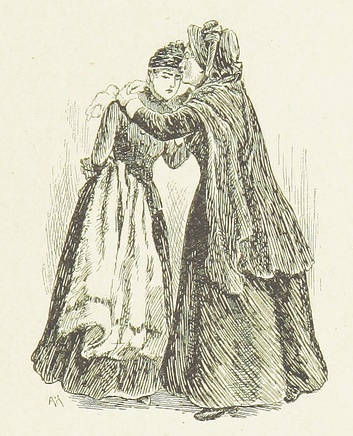 Mary Reading of 9 Green Street, New Road, was the widow of James Reading who had worked as a labourer at the indigo warehouse. James had died on 11 December 1840. Mary’s request for financial help was rejected.

William Perry had been out of work for eight weeks. He had a sick wife and two children to support and his family was in great distress.  The Committee refused to advance part of his pension.

Amelia Gregory of 37 Gloucester Street, Commercial Road, was the daughter of George Gregory, who had died recently after working for the East India Company for more than 37 years ‘during which period no Complaint was ever brought against him for neglect of duty but that the same was discharged to the entire satisfaction of the Officers of your honourable company’.  George had retired on 28 May 1838 with a pension of 11s 6d per week.  Amelia was unable to earn a living because of general debility and ill health and she had been supported by her father.  Her mother had died only seven months before her father. Mr Wilks reported:  George Gregory had been gate keeper at the Cutler Street warehouse for many years; he had the best of characters and was much respected; his daughter had been seen at home and her ill health was evident.  If George had died in service, Amelia would have received £5 5s towards his funeral expenses from the Company welfare fund. The Committee decided to award her a donation of £3 3s.