The eccentric postmaster of Lismore

An extraordinary story was reported in the British press in January 1821.  It concerned 96-year-old Mr Huddy, the postmaster of Lismore in County Waterford Ireland. 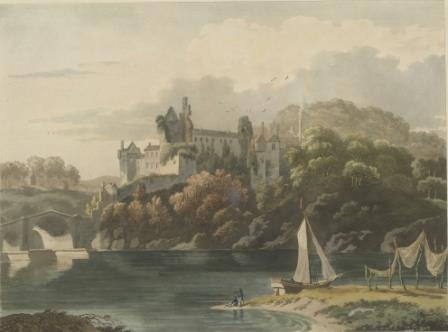 For a wager, Mr Huddy travelled in a Dungarvan oyster tub from Lismore to the town of Fermoy, a distance of about seventeen miles.  The tub was drawn by a pig, a badger, two cats, a goose, and a hedgehog.  On his head Mr Huddy wore a large red nightcap. He held a pig-driver’s whip in one hand and a cow’s horn in the other.  He blew the horn to encourage his team onwards and to give notice of the arrival of the mail.  This exploit was watched by a large number of spectators and unsurprisingly was a hot topic of conversation in the neighbourhood.