Edward Lloyd and the ‘Penny Bloods’

Edward Lloyd was born on 16 February 1815. He was a publisher and newspaper proprietor, and the founder of two large paper mills.  Here we give you a glimpse into his remarkable career.

Lloyd was a pioneer of cheap popular literature.  His ‘Penny Bloods’ were a great success with working class readers.  From 1835 he published titles such as Lives of the Most Notorious Highwaymen, Footpads etc, and History of the Pirates of All Nations.  He and writer Thomas Peckett Prest then produced imitations of the works of Charles Dickens, for example The Life and Adventures of Oliver Twiss the Workhouse Boy, and Memoirs of Nickelas Nicklebery.  These stories sold many thousands of copies each week. 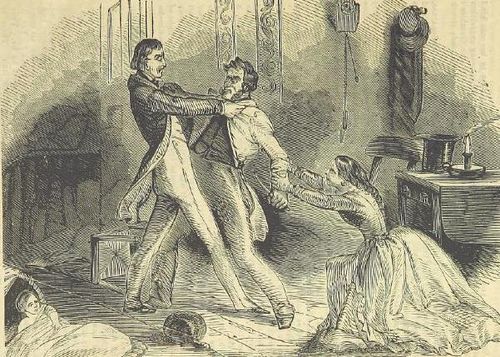 From The Gambler’s Wife; or, Murder will Out

Lloyd issued works of history, horror, and romance.  Stories were published in instalments, and all featured plenty of drama and bloodthirsty action.  It was Lloyd who introduced vampires to a mass readership with Varney the Vampyre; or, the Feast of blood. 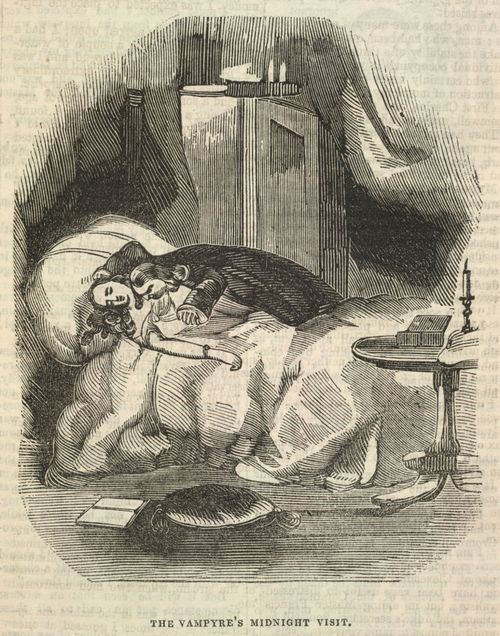 From Varney the Vampyre

Lloyd’s Weekly Newpaper was founded in 1843. Lloyd put a good deal of effort into promotion and it was claimed in the 1890s: ‘The pictorial advertisements of Messrs. Lloyd’s journals  - themselves works of art – are prominent at all stations and throughout the country, and there is no village in England so obscure as to be unaware of the existence of Lloyd’s News’.  Circulation grew to a huge 930,000 copies weekly. Stories deemed to be of particular importance were illustrated by artists kept on the staff.  There was a successful ‘Lost Relative’ column: people wrote in from every part of the world and a shortened version of the letters was published for free.

By 1861 Lloyd was using so much paper that he started his own paper mill on the River Lea at Bow in East London. As it was becoming difficult to obtain sufficient supplies of rags, esparto grass was brought in as a raw material from Algeria and Spain.  Soon Lloyd’s mill was expanding to make paper for rival newspapers.

In 1877 Lloyd’s firm purchased the Daily Chronicle. Much of this newspaper was devoted to events in London, but it also gathered news from the rest of the UK, and from abroad via daily cables. Circulation was increased from 8,000 to 140,000 in the space of eight years, and to meet demand a second mill was opened at Sittingbourne in Kent which produced a wide variety of paper types.  By 1895, Lloyd’s were employing over 700 people at the mills and 500 at the newspaper offices and home and export departments. 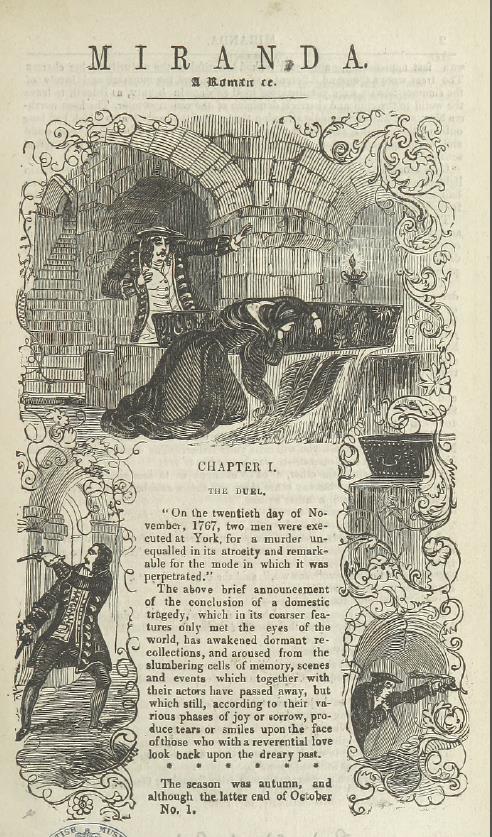 From Miranda, or the Heiress of the Grange

It has been claimed that having established himself in ‘higher’ publishing circles Lloyd then tried to supress the ‘Penny Bloods’, sending out agents to buy up and destroy the stocks at coffee shops and circulating libraries.  Whether or not this is true, many 'Bloods' have survived and a good number can be found at the British Library, some in digitised format.

Edward Lloyd died on 8 April 1890 having amassed a fortune from his various business ventures. The value of his estate at death was £563,000.

Further reading:
Edward Lloyd Ltd, A glimpse into paper making and journalism (1895)
John Medcraft, A bibliography of the penny bloods of Edward Lloyd (1945)