‘To be tightly laced is a most superb sensation’: the Corset Controversy 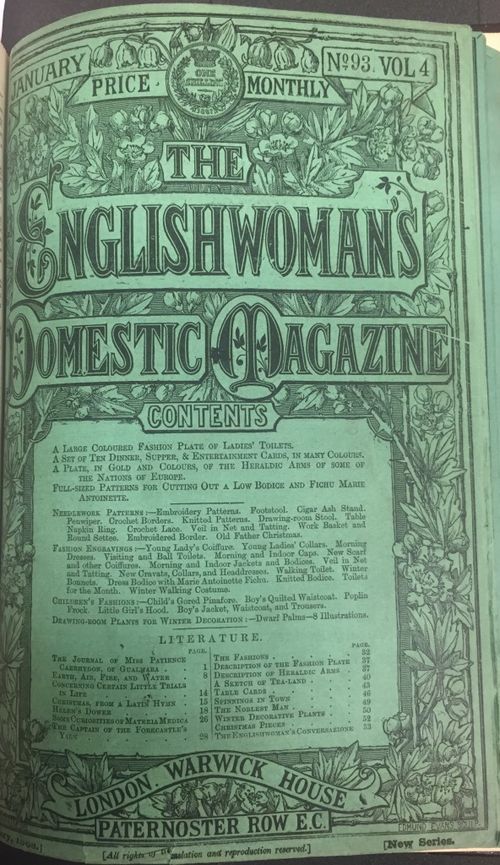 The Englishwoman’s Domestic Magazine was published by Samuel Beeton and ran from 1852 till 1879. It was a trailblazer as an early periodical aimed primarily at the middle-class woman. The magazine established the standard format for women’s magazines, including serial fiction, fashion and beauty advice, sewing and household tips, and, significantly, a section for readers’ correspondence. 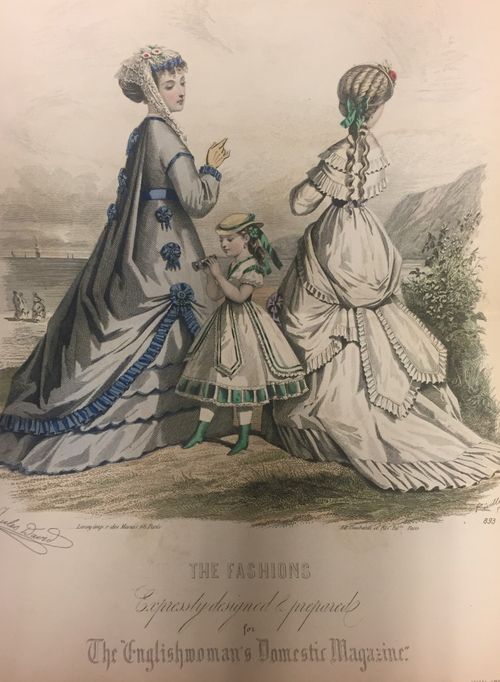 From 1867 the magazine had an expanded letters section, entitled the Conversatione.  It typically included letters asking for advice on various matters – varying from love and relationships to the correct colours to wear with sallow skin.  In March 1867, ‘a lady[…]  from Edinburgh’ wrote in to with a cautionary tale: she had sent her daughter to boarding school, and, visiting her for the first time after being abroad for four years, she was horrified to discover that the daughter had been tight-laced. 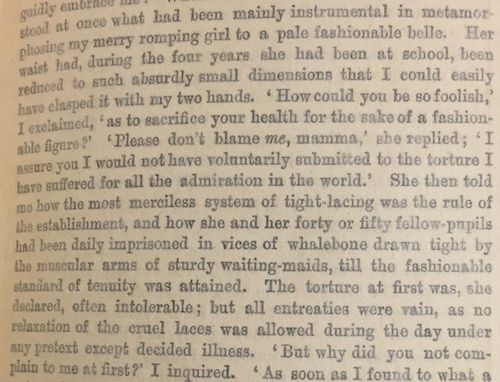 Whilst corsetry in the Victorian period was considered an essential part of female attire, tight-lacing involved very great constriction of the waist established over a period of time, resulting in what some saw as the ideal female form: a waist that could be easily spanned with two hands.

To tight-lace or not to tight-lace quickly became a recurrent theme in the letters section. Discussions cover such topics as “correct” ratio of waist to height, neck and wrist size (if your neck and wrists were disproportionate, presumably you’d failed as a woman); the right age to start wearing a corset (one recurrent correspondent, Fairplay, disapproved of extreme tight-lacing but greatly approved of girls wearing corsets from young childhood); and the preferences of men comes up again and again, with one correspondent stating that tight-lacing women do it to be competitive with each other, rather than for male approval. The question of class also runs through some of the letters – some assert that only lower and middle classes would consider figure-training to such an extent.

This letter seems to have opened the floodgates, because after that, barely an issue goes by without a man pleading to be advised on purchasing a women’s corset for himself (mail order if possible).

Although the magazine was ostensibly aimed as a solely female readership, it’s evident that men wrote in to the Conversatione pages to get advice from women – on topics that they could never have freely discussed in Victorian society, safely behind the anonymity that the letters pages provided. During the tight-lacing debate, the pages of The Englishwoman’s Domestic Magazine became an outlet for hidden desires and free discussion between the sexes.

Tomorrow I’ll be talking about the second time The Englishwoman’s Domestic Magazine caused a scandal – this time with corporal punishment.

‘Sex, Lies and Love Bites: The Agony Aunt Story’ is presented by psychotherapist and agony aunt Philippa Perry, and will be broadcast on BBC4 at 9.00pm tonight (Tuesday 10 March).