Letters from the Siege of Lucknow

A recent donation to the India Office Private Papers, held at the British Library, gives a fascinating insight into the siege of Lucknow in 1857. Robert Loveday Inglis, a young soldier with the Bengal Army, wrote a series of letters during the siege which formed a kind of journal of life during the struggle for survival at the British Residency in Lucknow during the uprising against British rule in India.

Robert was born in Simla on 14 March 1839 to John Inglis and Louisa Maria Loveday. The family had a tradition of military service in India. Robert’s grandfather on his mother’s side Lambert Richard Loveday was a Lieutenant General in the Bengal Army, and his father John also served in the Bengal Army in Afghanistan, and at various posts around northern India. In November 1856, Robert was accepted as a cadet in the East India Company’s army. He served with the 13th Regiment of Bengal Native Infantry during the siege. 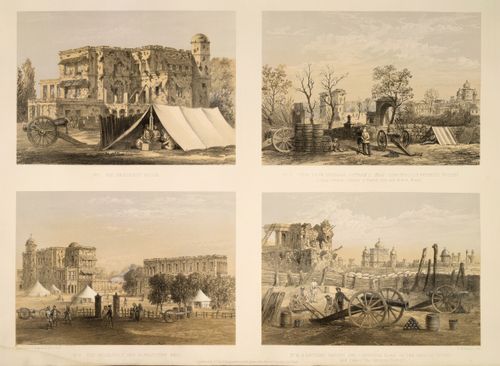 From General views and special points of interest of the city of Lucknow  from drawings made on the spot by Lieut. Col. D.S. Dodgson, with descriptive notices (London, 1860). Images Online

Robert’s letters date from 14 September to 20 November 1857, and are addressed to his mother, who was then at Calcutta.  Robert writes about his experiences, the long periods of boredom punctuated by bursts of intense fighting, the lack of food, the plight of the wounded, the horrors of war, and thoughts of his family.

In one letter dated 16 September, he recalls his shock on first visiting the hospital: “I had no idea the number of our wounded was so great. The beds were all arranged side by side down both sides of a long narrow room. Every here and there you would see some poor fellows with only the stump of their legs or arms”. However, he goes on to comment that he had become in some sense used to the sight of death: “Since then I have seen a great deal of death and though not by any means indifferent, yet I have become so accustomed to it that my feelings now are not the same, at any rate I don’t feel the same awe on passing a death bed as I used to”. 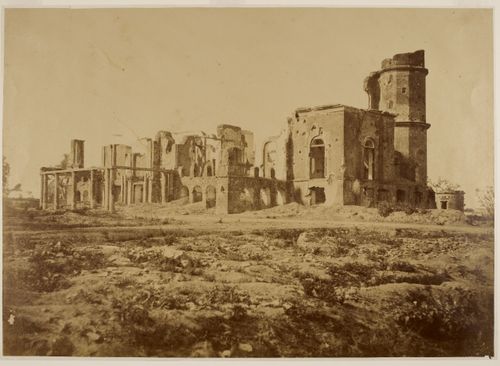 Robert described many instances of fighting, but was also given to examining the psychological effects of war on him. In killing as many of the enemy as he could, he wondered if he was motivated more by a natural feeling of revenge than by a stern sense of duty, and worried about the brutalising effect of war, confessing to a feeling of triumph when he had succeeded in killing any of the enemy or witnessed them being blown up by a mine.

Robert was wounded shortly before the siege ended, and died in Allahabad on 27 December 1857. His letters were carefully preserved by his family, and were passed down the generations. They were kindly donated to the British Library by Christie Taylor, Robert being her great great uncle.