On International Chocolate Day we are delighted to reveal that there is a file in the India Office Records devoted entirely to the question of issuing a ration of cocoa or chocolate to soldiers on troopships. 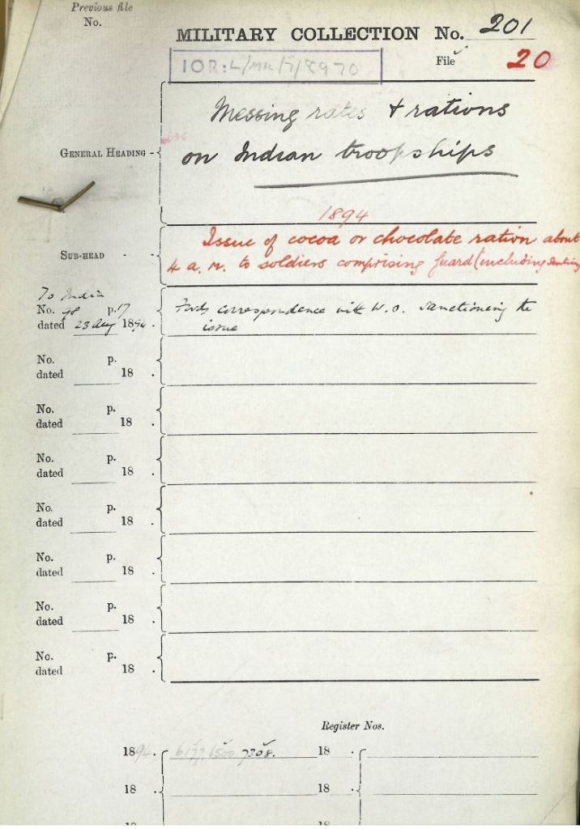 In June 1894 Henry Campbell-Bannerman, Secretary of State for War, wrote to Henry Fowler, Secretary of State for India, about a recommendation that soldiers acting as guards on troopships should, at the discretion of their commanding officer, receive a ration of cocoa or chocolate at 4am.  The cost per ration would be ¼d.  In the unlikely event that the ration was issued every day, the expense to Indian Funds for both outward and homeward voyages would not exceed £40 each season. Campbell-Bannerman considered that the ration would benefit the health of the troops, with a large number of respiratory diseases having been reported on homeward voyages in recent years. The cocoa or chocolate would bridge the long interval between the evening and morning meals, which was especially hard for men on night duty.  The expense had been authorised for voyages to and from the colonies and Campbell-Bannerman hoped that Fowler would do the same for India.

The ration was indeed sanctioned. with the Admiralty agreeing to supply it and reclaim the costs.  We hope that the soldiers enjoyed their 4am snack as much as the happy chap in the advert below! 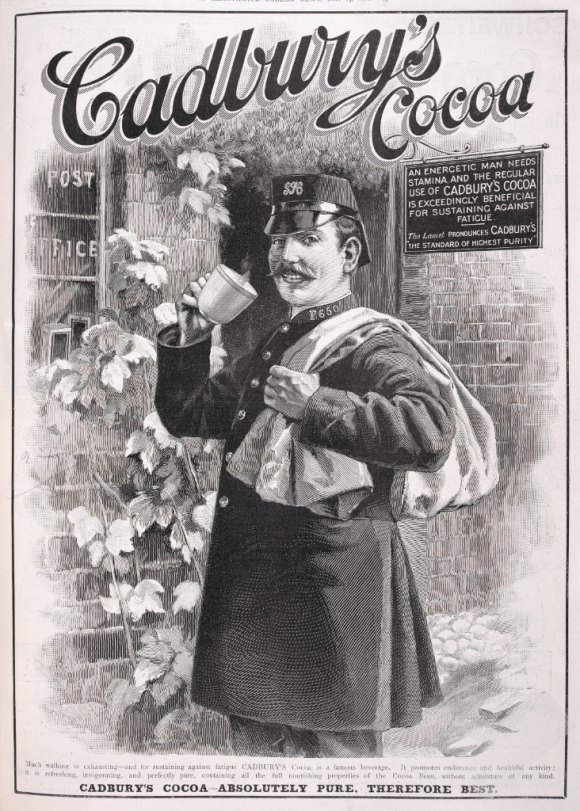