Antonio Genesio Maria Panizzi (Sir Anthony Panizzi) was born on 16 September 1797 in Brescello, Modena. From 1814 he attended the University of Parma where he associated himself with secret societies working toward the unification of Italy. After members of these societies were put on trial and imprisoned or murdered for their revolutionary activities, Panizzi escaped to Switzerland in 1822 and travelled on to England in May 1823. Panizzi befriended Henry Brougham, later Lord Chancellor and a principal trustee of the British Museum.  It was Brougham and his fellow trustee Thomas Grenville who encouraged Panizzi’s application and selection as assistant librarian to the British Museum.  By 1837 Panizzi was keeper of Printed Books at the Museum and he was able to persuade Thomas Grenville to donate his collection of 20,000 books.  In 1856 Panizzi was appointed head of the British Museum and principal librarian. 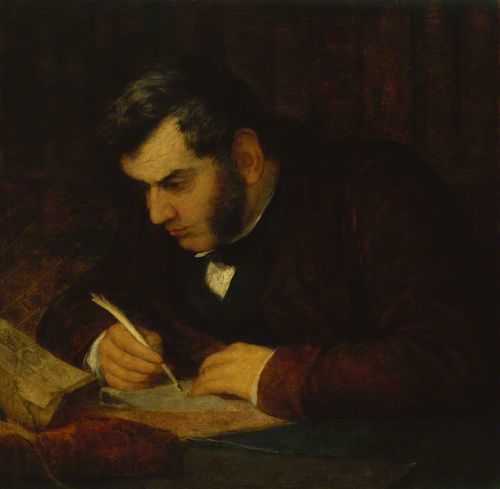 The British Library holds significant archival material relating to Panizzi including his letters to Sir William Ewart Gladstone, trustee of the British Museum and later British prime minister. Within these letters, which are often self-deprecating and honest, a friendship between future prime minister and librarian is evident. Gladstone wrote extensively on Dante and sent his articles to Panizzi for review. In a letter of 3 April 1844 Panizzi responded to Glandstone’s latest article: “I beg to return you my best thanks for your kind note which I have received this moment. The enclosed article I shall read with great delight and tell you freely what I think of it. If I am allowed to tell you my opinion of Lord John’s [Lord John Russell] translation before seeing what you think of it, I must tell you I am not satisfied with it but I may be a difficult judge as well as an incompetent one” [Add MS 44274].

Posted by Margaret.Makepeace at 09:00:00 in Journeys , Manuscripts , Work