Fear of a premature burial

The will of Sir George Buggin (1759-1825), son of the East India Company shipbroker Barrington Buggin, contains an unusual request to his executors.  Sir George requested that after he had died and prior to his burial that a surgeon might be appointed to make incisions into the arteries on his arms and legs.

This request may seem unusual to us, but it was not uncommon in the 18th and 19th centuries, prompted by a fear of ‘premature burial’. The fear was that an individual would be incorrectly declared dead, perhaps owing to their being in an unconscious state, and then be buried alive without anyone checking to confirm their actual death. 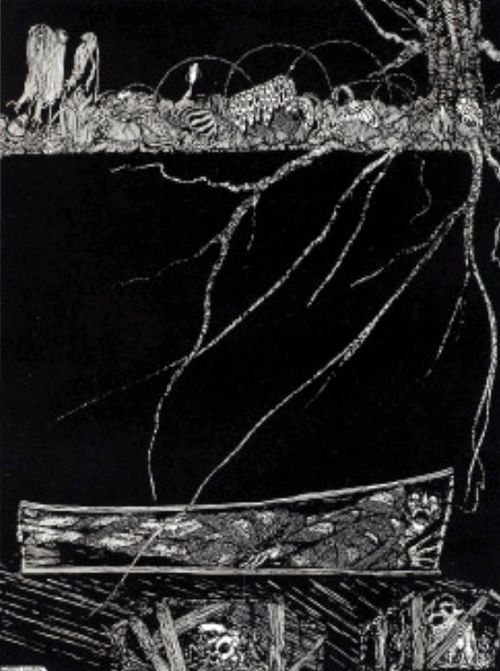 Deep, deep, and for ever, into some ordinary and nameless grave. From' The Premature Burial' in Edgar Allan Poe Tales of Mystery and Imagination  (London, 1919) illustration by Harry Clarke. Shelfmark 12703.i.43, opposite p. 342 - Images Online

People concerned about the possibility of being prematurely buried would write a clause into their will requesting that a procedure be undertaken to check that they were actually dead before burial could go ahead. The most common procedures requested were an injection of poison or an incision of some kind, often performed by a surgeon.

The author Hans Christian Anderson, who died in 1875, made such a request in his will. Anderson had been in the habit of keeping a note by his bedside which said ‘am merely in a state of suspended animation’, but he had also instructed in his will that his veins be opened before burial should he be declared dead.

Further reading:
Will of Sir George Buggin of Saint Marylebone, Middlesex, held at The National Archives PROB 11/1697/410
Norman L Canter, After We Die: The Life and Times of a Human Cadaver (Georgetown, 2010)

Posted by Margaret.Makepeace at 08:30:00 in Domestic life , Health