'Seeing without being seen' – Bentham and the Panopticon prison

Since 2012, the British Library has been part of the Transcribe Bentham initiative, which gives volunteers the opportunity to explore and transcribe papers written by the British philosopher Jeremy Bentham (1748-1832).  Transcribe Bentham celebrated its fifth anniversary in September 2015 and volunteers have now transcribed a whopping 14,000 manuscripts!  We owe a huge debt of gratitude to our transcribers because their efforts feed directly into the work undertaken by the Bentham Project at University College London in preparing the new edition of Bentham’s Collected Works.  The British Library holds around 15,000 pages of material written by Bentham and his family members.  A new batch of this material has just been digitised and we hope that the following taster might inspire any interested newcomers to come and have a go at transcribing Bentham. 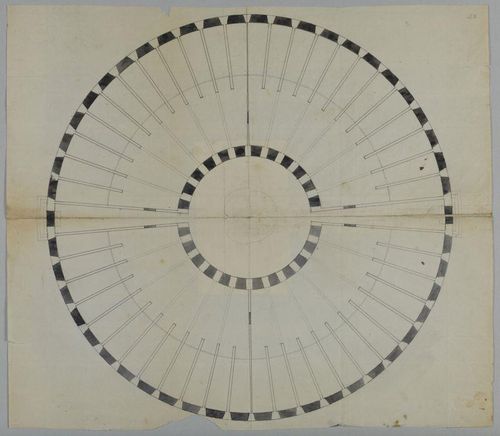 Many of these freshly digitised papers concern the Panopticon prison, one of Bentham’s most infamous ideas.  Bentham argued that prisons should use an ingenious system of surveillance to encourage inmates to reform their behaviour.  The name Panopticon comes from the Greek  – ‘pan’ meaning ‘all’ and ‘opticon’ relating to the idea of seeing or observing.  As Bentham explained, ‘The essence of it consists then, in the centrality of the Inspector’s situation, combined with the well known and most effectual contrivances for seeing without being seen.  As to the general form of the building, the most commodious for most purposes seems to be the circular’.  An elaborate system of lights and screens would allow a centrally-positioned prison governor to see into each cell, without being seen himself. The unnerving possibility of being watched at all times would make prisoners more likely to keep out of mischief.  Bentham was so convinced by this idea that he also maintained that the Central Inspection principle could be similarly utilised in other institutions like workhouses, hospitals or schools.  Yet he did express some qualms as to ‘whether it would be advisable to apply such constant and unremitting pressure to the tender mind’.  These papers are draft versions of Panopticon, or the Inspection House, a pamphlet which Bentham published in 1791.  Comparing these drafts with the final published text should give us an insight into the evolution of Bentham’s philosophy.  These papers will also provide context to current research into Bentham’s criticisms of the method of transporting convicts to Australia as a form of punishment. 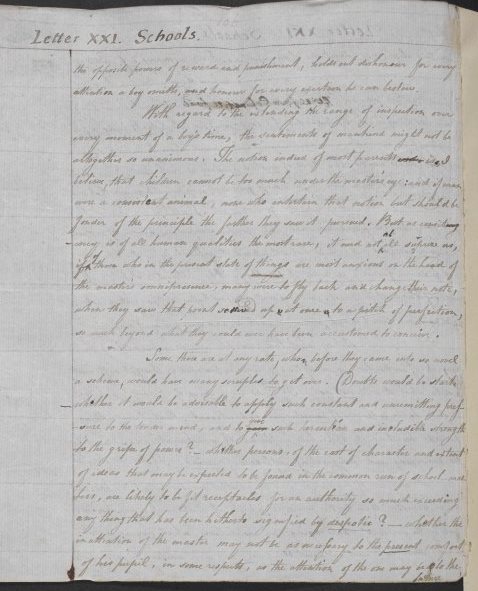 If the Panopticon has piqued your interest, visit Transcribe Bentham today to begin transcribing.  In addition to the Panopticon writings, the latest set of British Library papers contains some of Bentham’s writings on logic and his proposals for a legal code.  We are continuing to digitise new material and there are a large variety of other writings, from across Bentham’s long life, already available to transcribers.  You do not need any specialist skills or knowledge to participate, just a willingness to have a go!  The Transcribe Bentham website has lots of information to guide newcomers through the process of completing their first transcriptions.  We hope to see you there!