The Queen's visit to Karachi in 1961- the unofficial view

In February 1961 I was a young British geophysicist working on ground water exploration in the mountains of Baluchistan. Madeline was working at the High Commission in a secretarial role.

Much of my time was spent camping near the small town of Las Bela, some 100 miles north-west of Karachi. I lived in a tent with water from a well, no electricity, and it was necessary to return frequently to Karachi for food and other supplies. 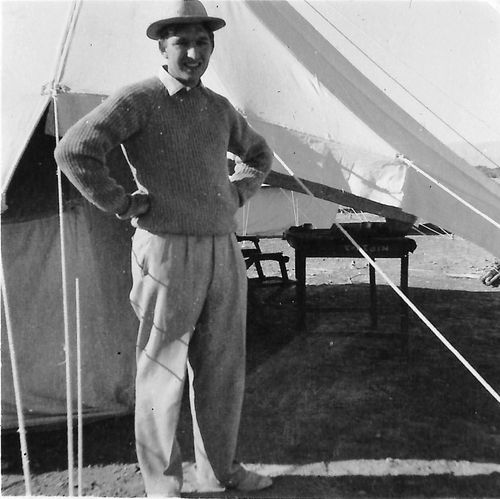 On the day of the Queen’s Reception, Madeline and I made our way to the State Guest House. We were shepherded under the shamiana with hundreds of other guests. The shamiana was an extensive horizontal canvas supported at intervals by vertical poles – ideal for sunny days but not for rain. As the Queen's convoy arrived the sky was already very black, lightning criss-crossed the sky accompanied by thunder and torrential rain.

Very quickly the horizontal canvas was turned into a series of basins, each basin filled with water. The canvas was soon ripped open and everyone underneath was soaked, and the wives of the Burra Sahibs, who had probably been waiting for many years to meet the Queen, found their mascara running down their faces, and their beautiful dresses and hats ruined.

Reaction to the downpour was interesting. For the important guests the priority was to get to a dry place in the Guest House as quickly as possible.

However, for the experienced campaigners in the crowd the first priority was to turn to the tables laden with drink and to collect a bottle or two of whisky or wine as booty, to be of some comfort in the ensuring chaos.

We found ourselves lining a corridor in the Guest House, then everything went quiet as the Queen and her party started moving along the corridor, presumably on their way to meet the High Commissioners and other important guests. The Queen stopped and turned towards me.

‘And what are you doing in Pakistan?’ the Queen asked me.

I had no better or more accurate answer than to say 'I am looking for water, Ma-mm'.

The Queen's reaction was immediate and appropriate.   With a glance out of the window at the torrential rain, she smiled and said “It does not seem very necessary at the moment!”

Everyone laughed at this exchange. Then all quietened down as the Queen moved away and spoke to Madeline about the collapse of the shamiana.

The Duke of Edinburgh then appeared, and he in turn stopped and turned towards me. Before he could say a word, everyone was laughing aloud. Presumably, it is not often that people start laughing before the Duke has spoken, and rather quizzically he looked around for an explanation. He smiled when told of my exchange with the Queen. 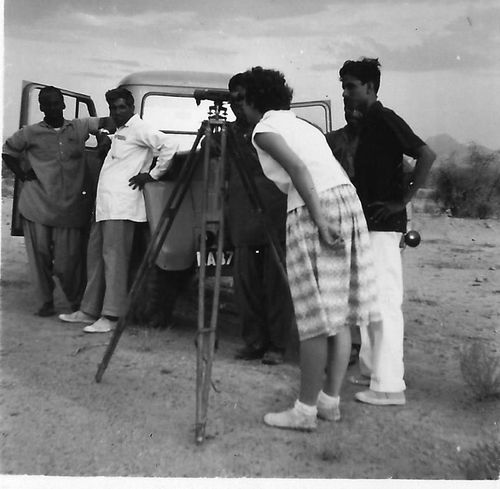 A few days later I returned to Las Bela to continue my work in the Porali River basin, and later in the mountains, closer to Quetta. The exchange with the Queen is but one of many memorable moments of a year in Pakistan.