A Museum Clerk at the Battle of the Somme

On a pilaster close to the South Portico entrance to the British Museum is a memorial to members of museum staff who died in the two World Wars.  The memorial was designed and carved by Eric Gill, (the 1939-45 parts are by W. H. Sharpington), and incorporates a stanza from Lawrence Binyon's poem "For the Fallen", familiar from its regular use at remembrance ceremonies.  The memorial contains the name of eleven members of staff who died in the First World War.  Of these, six worked in the departments that later became part of the British Library.

The first of these six to die was Charles Robert Dunt, a Museum Clerk in the Department of Manuscripts.  He died 100 years ago today, on the opening day of the Battle of the Somme, while serving with the 1/13th London Regiment, the Kensingtons. 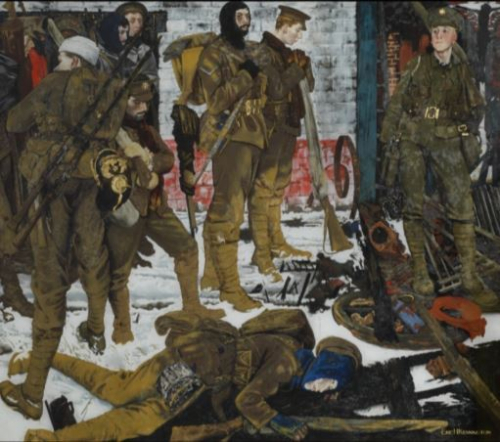 Charles joined the staff of the British Museum as a Boy Attendant on 21 July 1902, joining the adult staff on 7 September 1908.  I have been able to discover very little about his personal life, except what can be reconstructed from the census and other official records.  He was born at Kensington in 1888, the eldest son of Charles and Alice Emily Dunt.  Both of his parents came from rural East Anglia.  Charles senior had been born at Shotesham All Saints, Norfolk; Alice Emily Smee at Ridgewell, Essex.  They were married at Kensington in 1887, and by 1891 the elder Charles was working in London as a harness maker.  Charles Robert was their eldest son, and he was followed by Lewis Cyril (born 1890) and Florence May (born 1894).  In 1891, the family were living at Bravington Road, Paddington, although by 1911 they had moved to nearby Third Avenue, in the Queen's Park Estate.  By then, all three of the children seem to be in fairly stable employment: Charles at the British Museum, his younger siblings working respectively as a railway clerk for the Great Western Railway and as a shop assistant in a ladies' outfitters.  By contrast, their 47-year old father was still working in his old trade as a horse collar maker for a railway company.

Charles Robert Dunt's service records do not seem to have survived, but documents in the British Library's own corporate archives state that he enlisted in March 1915.  By the time he died, he was serving with the 13th (County of London) Princess Louise's Kensington Battalion, a territorial force unit of the London Regiment.  On  1 July 1916, the Kensingtons were part of a diversionary attack at Gommecourt, which was a mile or so to the north of the main Somme front.  The operation was a costly failure.  A report attached to the battalion war diary recorded that 16 officers and 310 men had become casualties that day, out of a total strength of 24 officers and 500 men. 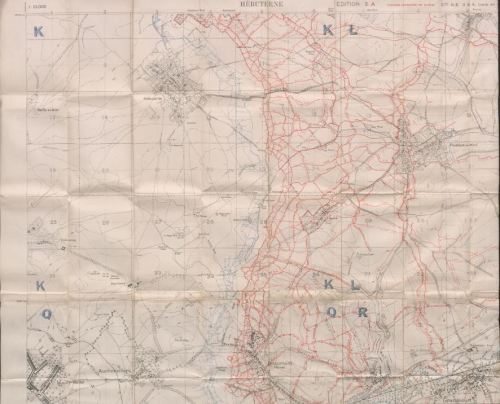 Amongst the many that died that day was Charles Robert Dunt, who was killed in action, aged 28.  His grave can be found in Hébuterne Military Cemetery.  Dunt's name also appears on the British Museum's Roll of Honour at the Natural History Museum and the British Librarians’ memorial at the British Library.