More scrapbooks, this time adverts for Mark Twain's scrapbooks at the end of his Punch, Brothers, Punch! and Other Sketches (New York: Slote, Woodman & Co, 1878). 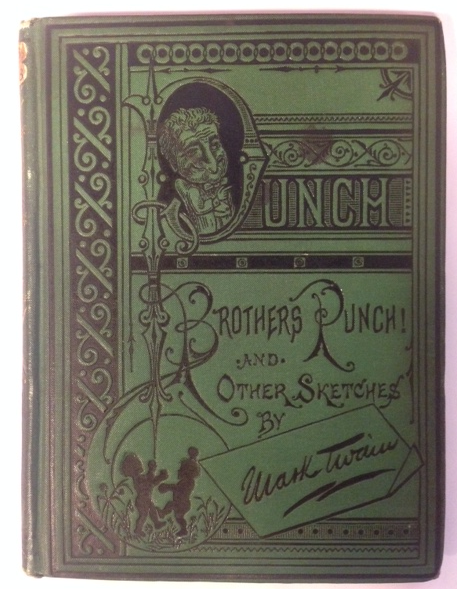 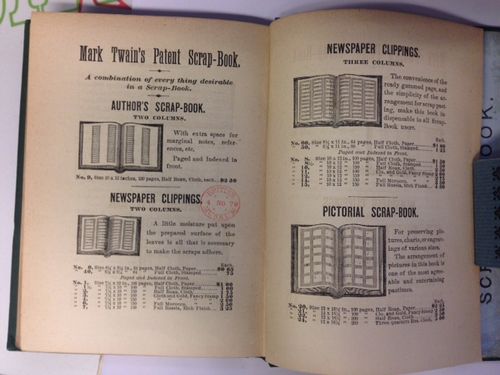 And here's a close up, which show the scrapbook's USP: pre-gummed paper. 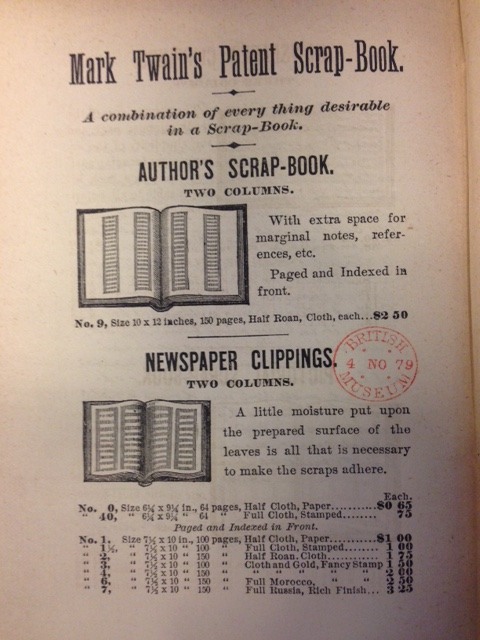 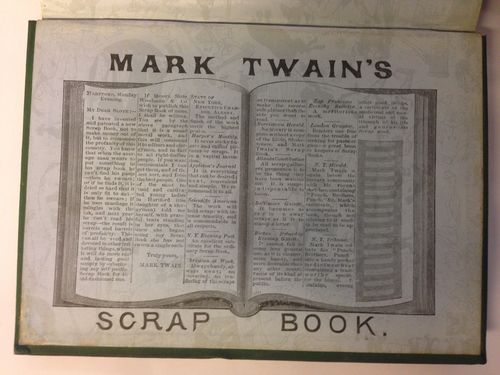 Punch, Brothers, Punch! is also (but not only) notable for the title story of the collection, which recounts an early 'earworm', or jingle that is impossible to get out of your head: the lines 'Punch, brothers! punch with care!/Punch in the presence of the passenjare' were read 'in a newspaper a little while ago... they took instant and entire possession of me.  All through breakfast they went waltzing through; and when, at last, I rolled up my napkin, I could not tell whether I had eaten anything or not.'  The narrator manages to break the curse by passing on the jingle to a  'into the eager ears of the poor, unthinking students'.

Also in the volume, and I include this in case it proves useful, is this handy, and much-praised, map of Paris, which dispenses with picturesqueness and replaces it with 'geographical reliability'. The reader, Twain advises, 'will find it well to frame this map for future reference, so that it may aid in extending popular intelligence.'  He also suggests contemplating the map 'on his head or hold it before a looking glass' as he engraved it back to front and upside down in a fit of forgetfulness. Printing is hard (and you may not that the reversed offset has partly done the work of the reader for us). 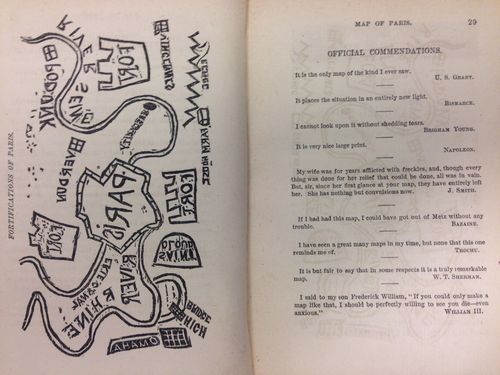 update: as well as the two books mentioned yesterday, we have been reminded on Twitter of Ellen Gruber Garvey, Writing With Scissors: American scrapbooks from the Civil War to the Harlem Renaissance (Oxford: Oxford University Press, 2012).