Some paintings by the 17th century Safavid artist Muhammad Zaman

Perhaps the best known of all the British Library’s Persian manuscripts is Or. 2265, a copy of the Khamsah (‘Five Poems’) by the 12th century poet Nizami, copied and illustrated for the Safavid ruler Shah Tahmasp (ruled 1524-76). In a recent codicological study of this manuscript Priscilla Soucek and Muhammad Isa Waley (see Soucek and Waley below) have convincingly argued that the copy is in fact a composite volume: initially copied by the royal scribe Shah Mahmud al-Nishapuri in 1539-43, and subsequently augmented by the addition of 14 full page illustrations by some of the most famous court artists of the mid-16th century. Further pages were inserted probably during the 17th century, and again at a later stage, perhaps when the manuscript was rebound in the early 19th century at the court of Fath ʻAli Shah Qajar.

It was possibly during this last refurbishment that three paintings by the artist Muhammad Zaman were added to illustrate Nizami’s poem the Haft paykar (‘Seven Beauties’). Damage to the upper part of these folios suggests that that they were most probably removed from an album or from another copy of the same poem (Soucek and Waley, pp. 199-200; 208). 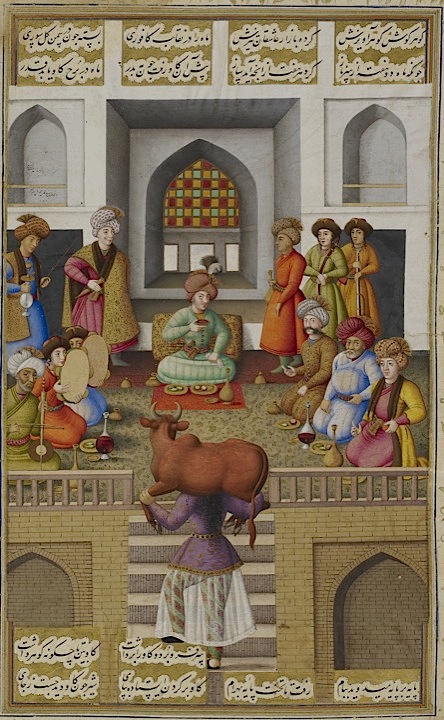 Not much is known about the painter Muhammad Zaman ibn Hajji Yusuf Qummi (fl. 1649-1704), famous for his figures in European dress and use of night scenes and shadows. He has often been confused with Muhammad Paolo Zaman, a Persian Christian whom Niccolo Manucci met in India ca. 1660 (Storia do Mogor, pp. 17-18). This person had been sent to Rome by Shah ʻAbbas to study theology with a view to being able to counter Christian missionaries. Converting to Christianity, he fled, after his return, to the court of Shah Jahan. However, there is nothing in Manucci’s account to suggest that this Muhammad Zaman was an artist. Moreover, as demonstrated in a recent article (Landau, 2011), there is no need to place our painter Muhammad Zaman in Rome: his inspiration was clearly derived from European paintings and prints, of which there were plenty circulating in Iran at the time. 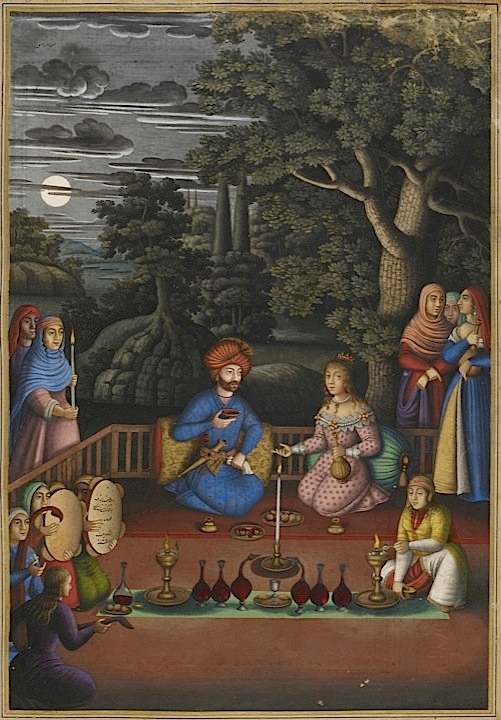 This painting was previously thought to represent Bahram Gur with the Indian Princess. However, Amy Landau (see below) has convincingly identified it as depicting King Turktazi with the Queen of the Faeries, Turktaz. King Turktazi, she suggests, may represent the Safavid ruler Shah Sulayman (ruled 1666–94) while Queen Turktaz is modelled on a European queen or princess. 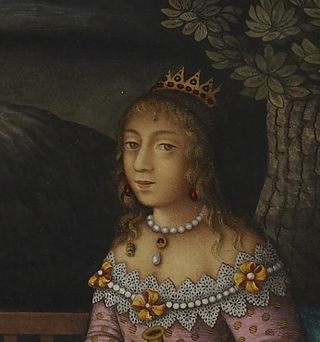 Detail: Turktaz Queen of the Faeries 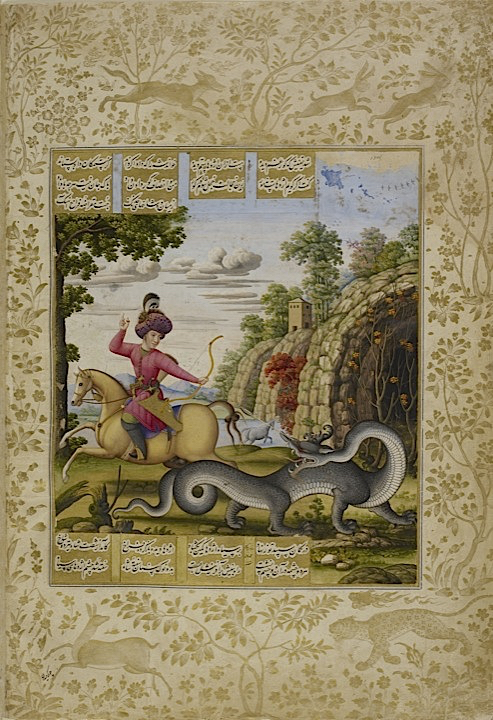 Priscilla Soucek and Muhammad Isa Waley, “The Nizāmī manuscript of Shāh Tahmāsp: a reconstructed history.” In J.-C. Bürgel and C. van Ruymbeke (eds.), A Key to the Treasure of the Hakim: artistic and humanistic aspects of Nizāmī Ganjavī’s Khamsa (Leiden 2011), pp. 195-210.

Amy Landau, “From Poet to Painter: Allegory and Metaphor in a Seventeenth-Century Persian Painting by Muhammad Zaman, Master of Farangi-Sazi”, Muqarnas 28 (2011), pp. 101-131.

Posted by Ursula Sims-Williams at 7:21 PM