In my last post I wrote on the Sejarah Melayu, the chronicle of the great Malay kingdom of Melaka, which fell to the Portuguese in 1511.  A prominent role in the story is played by Hang Tuah, the Malay sultan’s most loyal servant and a model of Malay manhood, who rose from humble origins to the position of Laksamana or Admiral.  Hang Tuah’s devoted service to his king, and his string of dashing exploits, have made him the quintessential Malay hero – Sir Galahad to Sultan Mansur Syah’s King Arthur, at the glittering Malay Camelot of Melaka.  While the Sejarah Melayu foregrounds the sultans of Melaka, Hang Tuah is accorded his very own epic, the Hikayat Hang Tuah.

The age of the hand-written manuscript is long gone, but Hang Tuah lives on in the popular imagination in the Malay world, ever-present in films, plays, comic books and children’s stories.  He is credited with the rallying-call ‘Malays will never die out in this world’ (Tak kan Melayu hilang di dunia) – even though these words never occur in the Hikayat Hang Tuah. 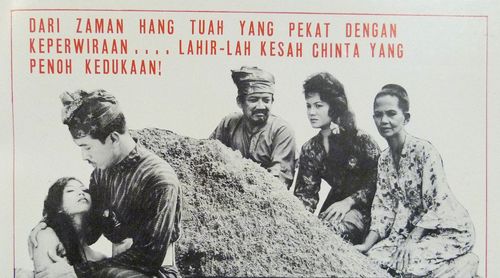 Hikayat Hang Tuah, ‘The story of Hang Tuah’, was probably composed in Johor – whence the Melakan court had found refuge – some time in the second half of the 17th century.  Over 20 manuscripts of Hikayat Hang Tuah can be found in libraries in Europe and Southeast Asia, with three held in the British Library, one of which (Add. 12384) has just been digitised.  Written on English paper watermarked ‘1805’, this manuscript was copied in the port of Kedah from a manuscript belonging to the Sultan of Kedah.  With the permission of the senior minister, the Bendahara, the book was brought to Penang in 1810.  It was owned by Bapu Kandu, who can be identified as the father of Ibrahim, a Malay scribe who worked for Thomas Stamford Raffles in Penang and Melaka.  Bapu Kandu hired this copy of the Hikayat Hang Tuah out to readers, urging them to take great care of it and not to keep it for too long, and also to correct any mistakes they might find in it.  The fee for borrowing this manuscript is expressed in terms of the ingredients needed for a satisfying chew of betel nut: ‘a bunch of paired betel leaves, a casket of Javanese tobacco, fifty measures of Siak gambir, and a bowl of Kedah lime’ (sirih rakit satu ikat dan tembakawa Jawa satu tepak dan gambir Siak lima puluh dan kapur Kedah satu cowek).

The book did not circulate long in Malay circles, for very soon it passed into the hands of John Crawfurd, an official of the East India Company who served in Penang from 1808 to 1811 and later in Java and Singapore.  Crawfurd was well versed in Malay literature, and in his notes at the end of this book he compares Hang Tuah to the Franco-Viking hero Rollo or the Persian Rustam of Shahnama fame.

In 2007, this manuscript of Hikayat Hang Tuah travelled to Lisbon for display in an exhibition about Macau.  In the story, during an embassy to China Admiral Hang Tuah is confronted by the Portuguese fleet off the coast of Macau.  With the aid of a magic spell which silences the Portuguese cannons, the Malays win the battle and the Portuguese captain is forced to flee in a small sampan or rowing boat.  Mere wishful thinking, alas, but it was through such literary devices that the anonymous author of Hikayat Hang Tuah introduced the Portuguese onto the scene as an ominous presence in the Malay world, foreshadowing the cataclysmic defeat of Melaka in 1511. 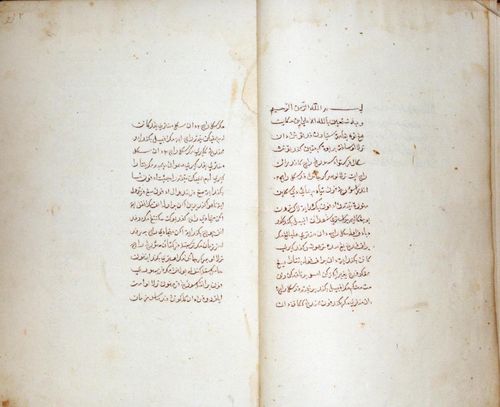 The opening lines of the Hikayat Hang Tuah: ‘This is the story of Hang Tuah, who was ever-loyal to his master’ (ini hikayat Hang Tuah yang amat setiawan pada tuannya).  British Library, Add. 12384, f.1v.

Bapu Kandu’s admonitions to borrowers of the manuscript to take good care of it, for ‘it was such hard work to write this book, and even to find someone to copy it for a fee would be very difficult’ (kerana surat ini payah sangat manyurat dia payah sangat hendak upah orang pun payah sangat).  British Library, Add. 12384, f.237v.

John Crawfurd’s note on this manuscript: Hang Tuah.  The adventures of the Laksimana or Admiral of Malacca, the Rollo or Rustam of Malayan story; a work of great esteem with the Malays.  British Library, Add. 12384, f.238r.

Posted by Annabel Gallop at 4:26 PM