Laos and the Vietnam War

For a significant part of the twentieth century Laos was embroiled in armed conflict. The country had been a French protectorate from 1893, following more than a century of Siamese suzerainty. During World War II it was briefly occupied by the Japanese. After World War II, Laos became involved in the regional fight for independence, known as the French Indochina War, which officially ended in 1954. Although Laos gained independence from France in 1953, political instability saw the country descend into civil war, in which foreign parties played significant roles as a result of the regional and world-wide struggles for power during the Cold War era. 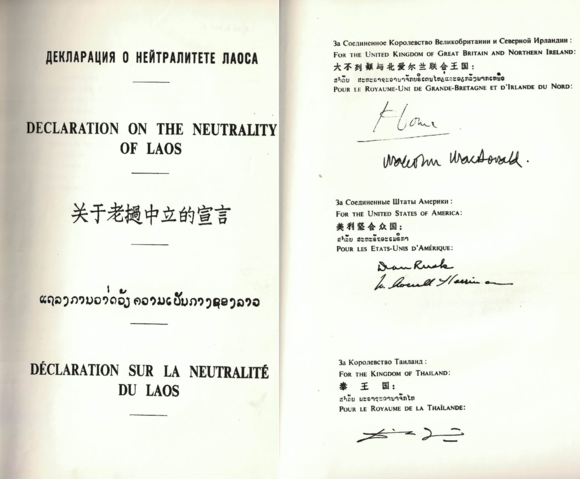 Despite its neutral status after the French Indochina War, Laos became entangled in the Second Indochina War, also known as the Vietnam War (1964 to 1975). The ongoing civil war in Laos, essentially between Royalist, Neutralist and the Communist (Pathet Lao) forces, became part of the greater conflict. By the late 1950s, a large area of eastern Laos was controlled by the Pathet Lao, along with North Vietnamese forces who had crossed the border to lend support. For almost nine years Laos was a battlefield in the armed conflict between neighbouring North Vietnam and the United States. 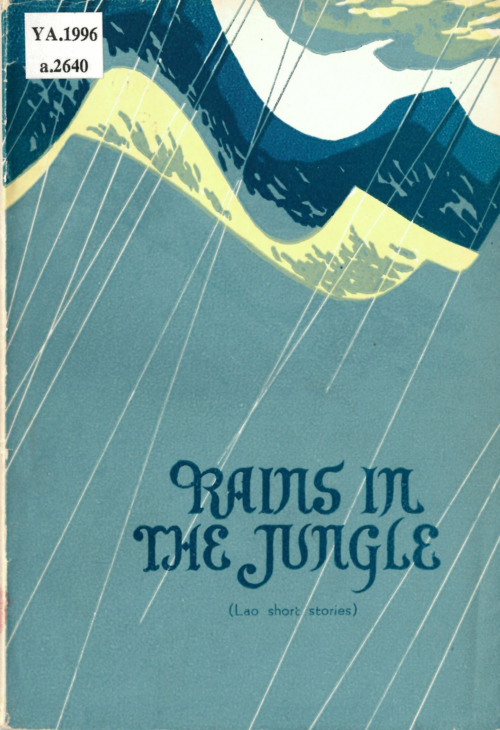 Rains in the jungle, a collection of short stories by Lao authors translated into English and published in 1967 by the Neo Lao Haksat (Lao Patriotic Front), the political wing of the Pathet Lao, for external propaganda. British Library, YA.1996.a.2640 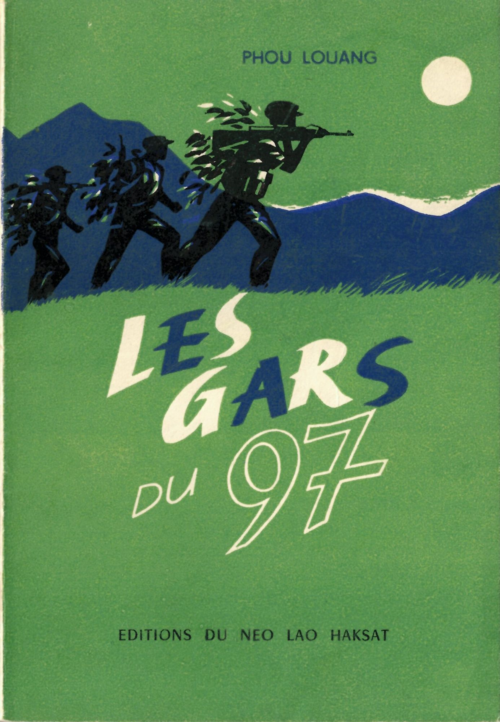 Les gars du 97, a novel by Phou Louang on the patriotism of the soldiers of a Pathet Lao military unit, translated from Lao into French and published by the Neo Lao Haksat in 1971. British Library, ORW.1986.a.3486

During the war, US forces flew over 500,000 aerial bombing raids over Laos, which were said to aim at gaining control of the Trường Sơn Strategic Supply Route (also known as Ho Chi Minh trail). This logistical system was of crucial relevance in the Vietnam War since it was the only connection between the People’s Army of Vietnam (North Vietnamese Army) and the National Front for the Liberation of South Vietnam.  More than two million tons of explosive ordnance was dropped on the country, even in areas which were hundreds of kilometres away from the Ho Chi Minh trail. Altogether, more tonnage fell on Laos than was used during the whole of World War II. As a result of this war, Laos remains the most heavily bombed country in human history. Although the war in Laos officially ended in 1973, and subsequently the Lao People’s Democratic Republic was founded on 2 December 1975, the country is still affected by unexploded ordnance and the long-term effects of the use of chemical weapons. 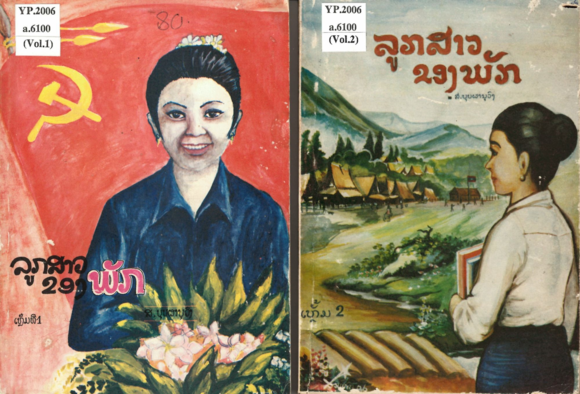 Luksao khong phak (The daughter of the party), a post-war novel in two volumes by S. Bupphanuvong describing the efforts of rebuilding the country after the war. The book was published by the Lao State Publishing House, Vientiane, in 1982. British Library, YP.2006.a.6100 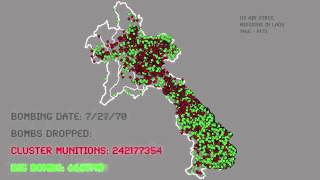 Posted by Annabel Gallop at 1:33 AM