It is a pleasure to report that Kevin Kiernan, one of the world's foremost Beowulf scholars and editor of Electronic Beowulf, was inducted into the University of Kentucky College of Arts and Sciences Hall of Fame on 9 October 2015. To coincide with this event, we have made Electronic Beowulf 4.0, available as a free online digital academic resource, which will be of interest not only to scholars of Anglo-Saxon England but to all interested in the history of the text of this celebrated poem. 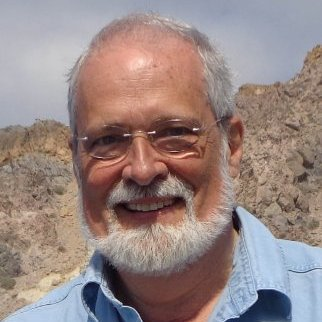 The story of Beowulf and his victory over the monster Grendel has been told for a millennium. It is the longest epic poem in Old English, the language spoken in Anglo-Saxon England before the Norman Conquest and it is documented in a single medieval manuscript (Cotton Vitellius A. xv), which is part of the British Library’s collections. Although the manuscript bears no date, its age has been calculated by analysing the scribes’ handwriting and experts think that it is most likely from the early 11th century. There is more information about the Beowulf manuscript on the British Library's website here and also in this excellent blog post by my colleagues who write for the Medieval manuscripts blog. 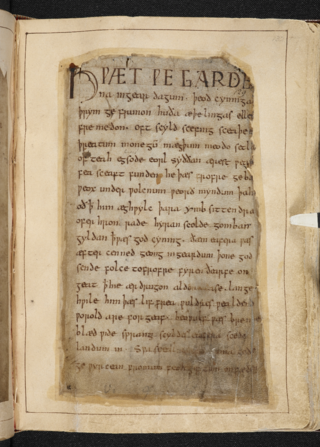 The Electronic Beowulf project started in the early 1990s and was part of Initiatives for Access, the British Library’s first major programme of digitisation and web development, which also included ‘Turning the Pages’, digitisation of the Burney Newspaper collection, the International Dunhuang Project, and the British Library’s very first website, Portico. Electronic Beowulf  was originally developed by the Library with two leading American Old English experts, Kevin Kiernan of the University of Kentucky and Paul Szarmach of the Medieval Institute, Western Michigan University. There is information about the project’s history here. 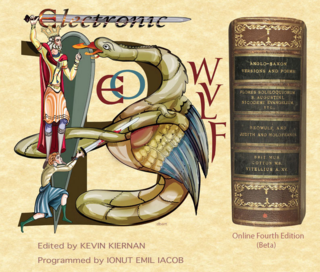 In addition to providing standard digitised images of the Beowulf manuscript (Cotton Vitellius A. xv); it includes over 130 ultraviolet images, and over 750 backlit images that reveal hundreds of letters, which are covered by the nineteenth-century restoration frames. These were installed to protect the manuscript after fire damage in 1731, for more information on the fire damaged items in the Cotton Collection check out this blog post by my colleagues in Collection Care.

Furthermore Electronic Beowulf includes other valuable content, such as early transcriptions by Grimur Jonsson Thorkelin (in the Royal Library in Copenhagen’s collection), and collations by John J. Conybeare and Frederic Madden (the latter is in the Houghton Library at Harvard University).

Since 1999 three previous editions of Electronic Beowulf have been published on CD-ROM and DVD. However, with significant technological progress since then and the decline in use of handheld media, it was decided to make the fourth edition, which has been launched this month, a free online resource hosted by The University of Kentucky. This will enable the digital resource to be used by new generations of scholars, including the participants of Playing Beowulf, an innovative Digital Transformations project funded by the Arts and Humanities Research Council in the UK. The British Library is an active partner in this project led by the UCL Institute of Education, which is developing a game-authoring tool called MissionMaker, which will enable users to transform the Beowulf poem into digital games, interpreting the text into playable characters, landscapes and events.

Posted by Digital Research Team at 11:04 AM