Illuminated manuscripts of the Gospels often have portraits of the Evangelists preceding individual Gospel books. This is because leaves at the beginning and end of manuscripts tend to be the most likely to be lost or damaged, especially if manuscripts are left unbound for some time. You can see many examples of manuscripts with somewhat discoloured first and last leaves on Digitised Manuscripts

What this means for Gospel manuscripts is that St Matthew is on occasion missing from volumes nowadays  - this is the case, for instance, in Add MS 24376 (Gregory-Aland 696), a Greek Gospel book we have looked at previously on the blog. Today, we’re highlighting a rather unusual manuscript – one for which a later owner commissioned a new portrait of St Matthew.

Robert Curzon, 14th Baron Zouche, was a renowned 19th-century traveller and manuscript collector. He journeyed widely in Greece and in the Near East, and amassed a sizeable collection of Greek and Oriental manuscripts. On his death, over two hundred of these manuscripts were placed on loan in the British Museum, and were bequeathed to the Museum in the will of his daughter, Darea Curzon, in 1917. These now constitute Add MSS 39583-39671, along with Oriental MSS 8729-8855, the latter being cared for by our colleagues in Asian and African Collections. Curzon published a catalogue of his collection in 1849. He retained a personal copy, which he annotated in subsequent years. This was presented to the British Museum along with the other manuscripts, and is now held as Add MS 64098. In a future blog post we will go into more detail on all of Curzon’s Greek manuscripts, but today we have space to focus on one. 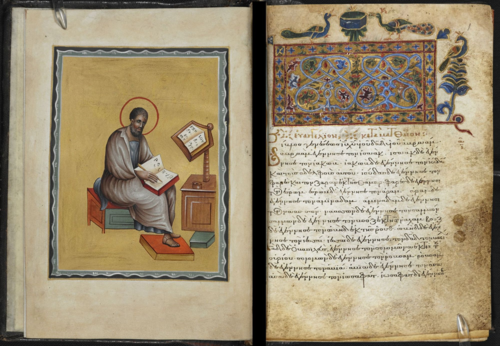 Add MS 39591 (Gregory-Aland 548) was created in the mid-12th century, at which time, presumably, portraits of all four evangelists were added. But by the time Curzon acquired the manuscript from the Monastery of St Sabba, near Jerusalem, in 1834, the portrait of Matthew was no longer to be found. As a result, a new portrait was created, to complete the volume, and this is now f iii verso. You can see the clear difference between the quality and condition of the parchment of this leaf and that of f 1r, the beginning of the 12th-century manuscript proper. 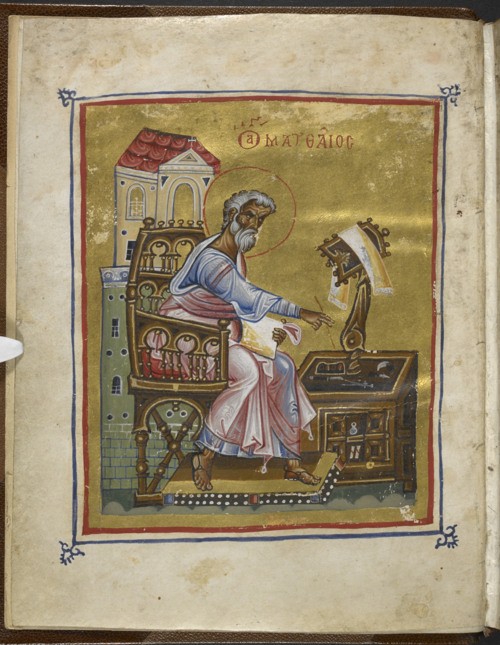 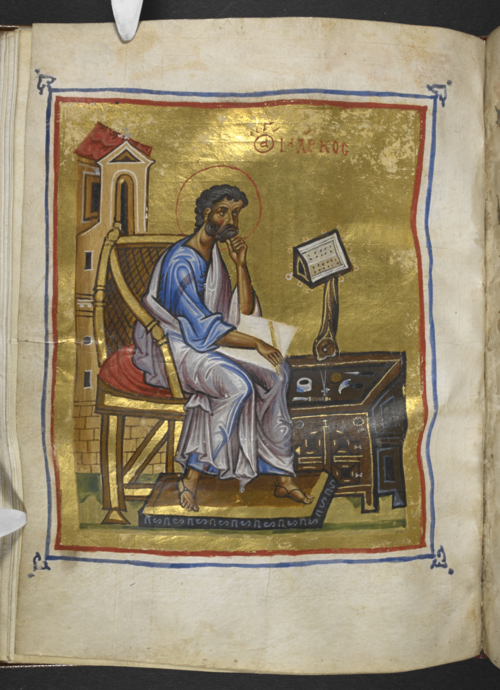 In addition, the colouring is not characteristically Byzantine, and the image of Matthew is rather closer to that of Mark than that more typically associated with Matthew, as in, for example, Burney 19, above. 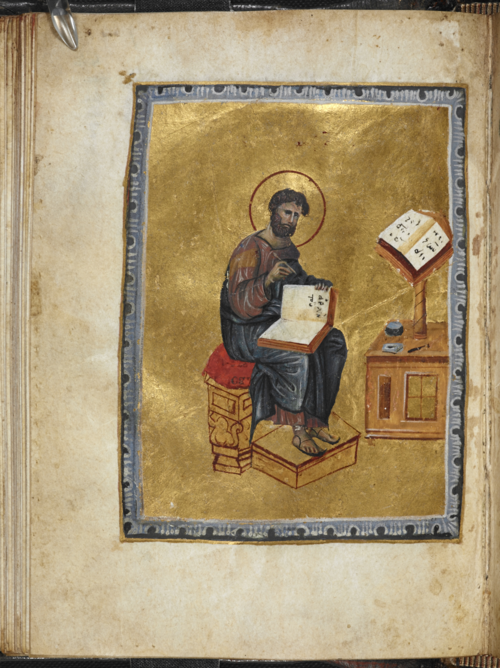 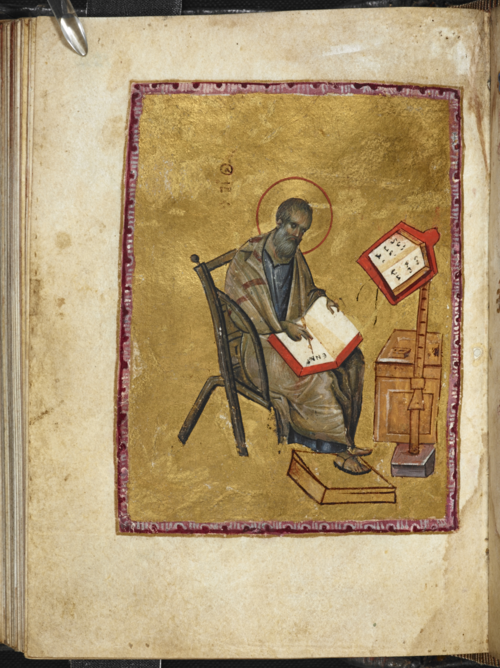 The same later artist has also touched up the other portraits in Add MS 39591. Here are Mark, Luke and John. 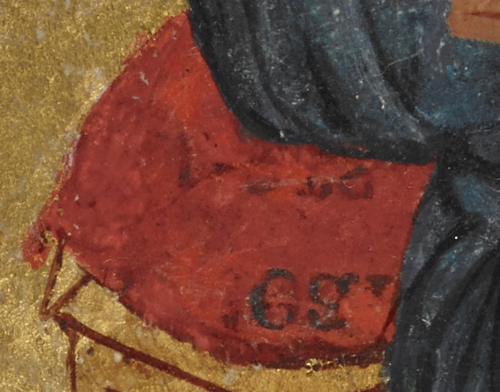 Add MS 39591, f 44v, detail of Roman script or type transferred to the red cushion during the 19th-century overpainting

But the artist has left a tiny trace of his work in the portrait of St Mark. On Mark’s red cushion, some letters in Roman script can be seen. Presumably, a page containing these letters was put against the portrait of Mark while it was still damp, and these letters were transferred. The fact that they are in Roman script makes it more likely that this restoration work was done after the manuscript had left the Monastery of St Sabba, rather than before.