Papal Overlordship of England: The Making of an Escape Clause for Magna Carta

From Rome on 21 April 1214, Pope Innocent III (1198–1216) issued a papal bull taking the kingdom of England under his protection. Since 1208, England had been under a papal interdict and its king had been excommunicant since 1209; it looked like this would finally be resolved. 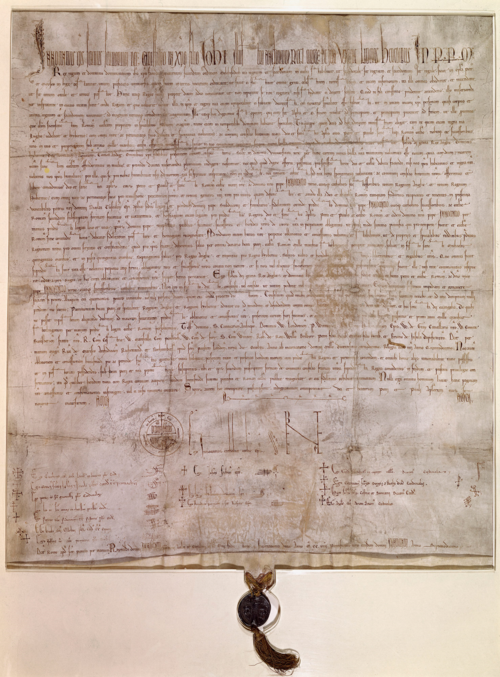 In this large and impressive-looking document Innocent III confirms King John’s submission of his kingdom to the temporal lordship of Rome. John had come to an agreement with papal representatives in a meeting at Ewell outside Dover on 15 May 1213. There, he had placed England and Ireland under both the spiritual and temporal lordship of Rome, receiving it back as a vassal of the Pope for an annual tribute of 1000 marks (£666). Having done this, he was absolved from excommunication by Stephen Langton in July 1213 and on 3 October 1213, at St Paul’s Cathedral in London, the agreement was confirmed by a royal charter bearing a golden seal and by the King placing his hands between those of the papal legate as a token of his submission.

The gesture would not have been dissimilar to the miniature in the Chronique de France ou de St Denis (Royal MS 16 G VI), depicting the moment in 1193 when John had paid homage to King Philip Augustus of France (r. 1180–1223) for his brother’s Richard’s continental lands. 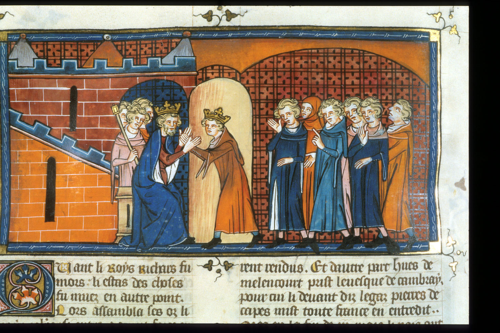 Innocent III solemnly confirmed these acts in his 21 April letter to John, noting:

‘…you by a devout and spontaneous act of will and on the general advice of your barons have offered and yielded, in the form of an annual payment of a thousand marks, yourself and your kingdoms of England and Ireland, with all their rights and appurtenances, to God and to SS Peter and Paul His apostles and to the holy Roman to church and to us and our successors, to be our right and our property….’
(trans. C. R. Cheney and W. H. Semple)

He then goes on to recite the text of the King’s charter. At the foot of the bull appear the names and signatures of fourteen cardinals assembled as witnesses as well as the pope’s own signature, or ‘rota’ (a cross inscribed within two concentric circles). The bull has been sealed, like all papal bulls, with a lead seal (or bulla, from which the category of documents gets its name).

The interdict was itself lifted the following year, on 2 July 1214. The church bells were no longer silent and the sacraments of the church were no longer forbidden, meaning masses would again be celebrated and people could again bury their deceased relatives according to Christian rites. For the previous six plus years only the baptism of infants and the confession of the dying had been permitted. 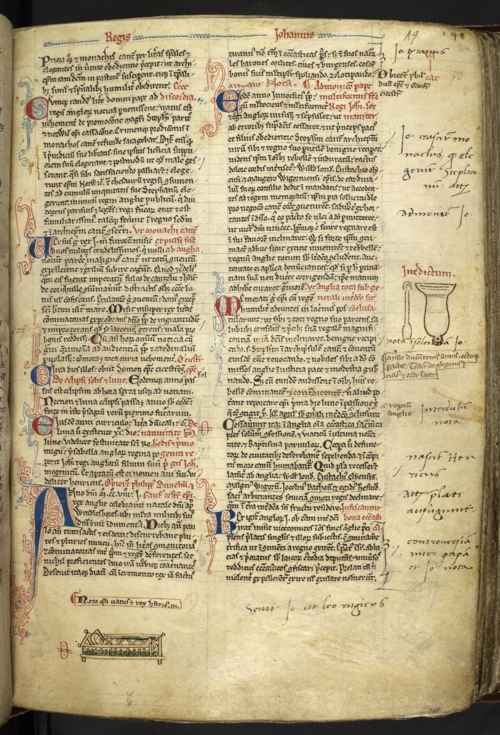 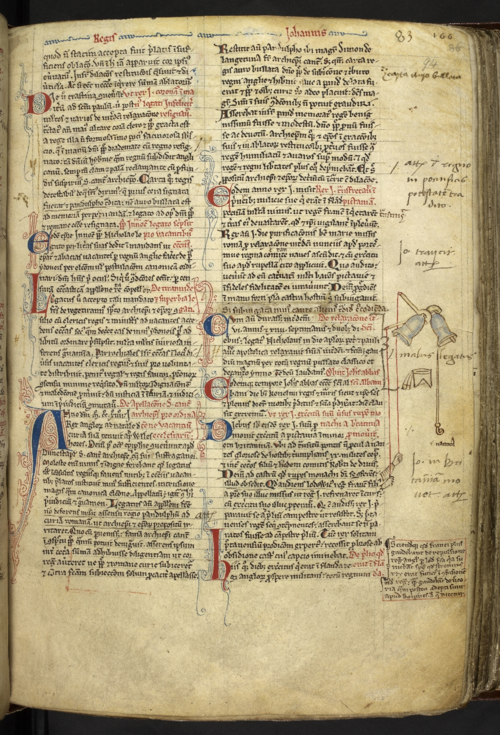 Innocent III’s support for John would be crucial during the baronial rebellion that led to Magna Carta. The Security Clause enforcing the 1215 agreement concludes: ‘We will not seek to procure from anyone, either by our own efforts or those of a third, anything by which any part of these concessions or liberties might be revoked or diminished’. And yet, on 24 August 1215, Innocent III would issue a papal bull annulling Magna Carta on the grounds that it was extorted from the king by violence and fear, degrading his rights and dignity and the rights of the apostolic see besides.

The annual tribute from this agreement was paid to Rome, if irregularly, into the 1290s. However, English kings grew increasingly at odds with the papacy; no tribute was paid from 1300 to 1330 with the last payment ever recorded being for £1,000 in 1333 from Edward III (r. 1327–1377). The papacy continued to request its tribute, and the question of the growing backlog due from England on account of John’s submission was raised in 1365. This was debated in parliament with the conclusion that John’s original surrender had lacked the assent of the bishops and was thus in fact invalid, marking the formal end to English recognition of papal overlordship.

Both papal bulls are among the items you can see close up in our exhibition Magna Carta: Law, Liberty, Legacy open until 1 September 2015.