In the second series of the American television programme The West Wing, the White House is lobbied by a fictitious group of cartographers to promote a new map of the world. They suggest a map which uses the Gall-Peters projection and puts South at the top of the map and North at the bottom. While the characters in the television series reject the ‘South-up’ map as too radical, it is actually quite an old idea: in fact, a map contained in a spectacular 11th-century Anglo-Saxon manuscript (Cotton Tiberius B V/1), which has been uploaded to Digitised Manuscripts this week, shows that the idea of putting South-East at the top is at least a thousand years old. 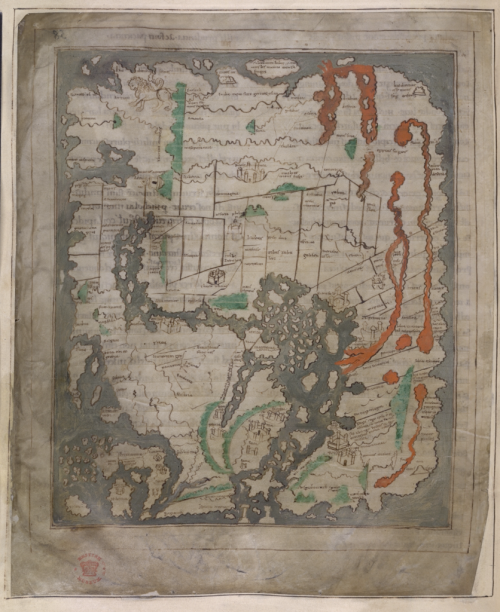 This map—the earliest known attempt to depict the topography of the British Isles—features Britain in the bottom left corner of the world. (This can be viewed more easily using the zoom feature on Digitised Manuscripts.) Detail of the British Isles, from Cotton MS Tiberius B V/1, f. 56v

The map was copied in the mid-11th century, but some scholars suggest that it may have been based on a Roman world map. The map is contained in a scientific miscellany (Cotton Tiberius B V/1), which was probably made in the south of England in the mid-11th century. Both Canterbury and Winchester have been suggested as its place of origin. 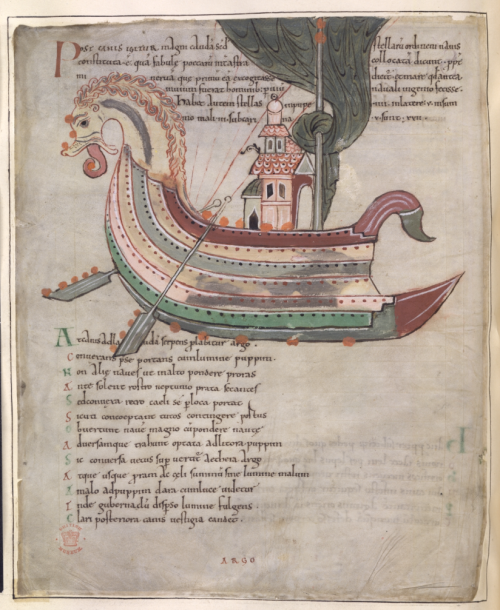 This volume is full of practical texts and fantastical images. Its contents include a calendar; a copy of an archbishop’s itinerary to Rome; lists of bishops, emperors, and kings; Ælfric’s De temporibus anni; a Macrobian zonal map; prayers; texts on the sun and the moon; Cicero’s Aratea; and Priscian’s Periegesis. 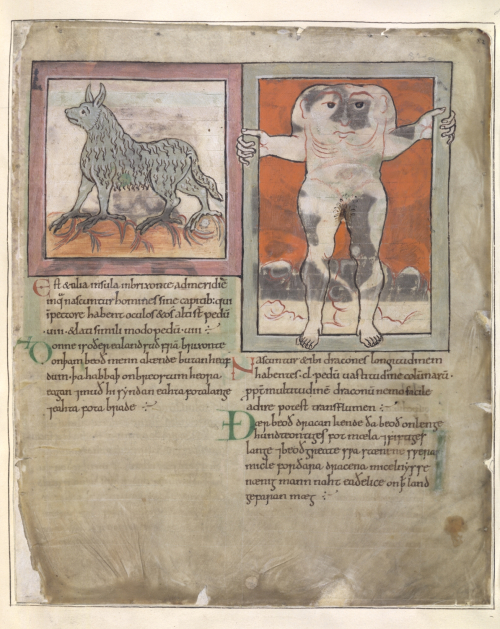 Lertices with asses' ears, sheep's wool and birds' feet and Blemmya, a headless man with face in his torso, from the Marvels of the East, Cotton MS Tiberius B V/1, f. 82r

This volume also contains an illuminated copy of the Marvels of the East, a text which described the creatures who were said to live in the faraway lands depicted on the map. 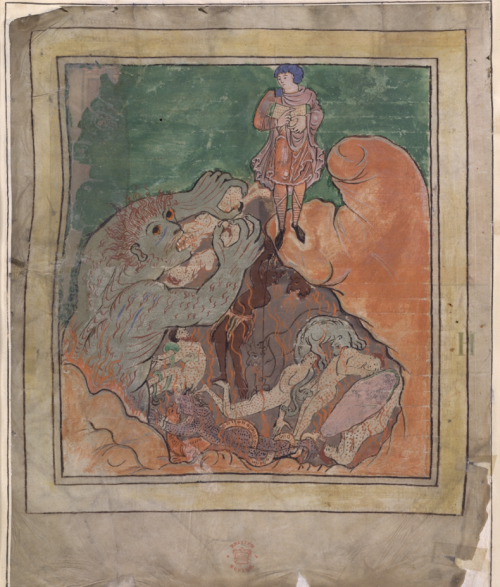 In the 12th century, a Life of St Nicholas and some notes relating to Battle Abbey were added to the manuscript. The volume also contains a series of documents related to Ely, Cambridgeshire and Exeter that were probably added to the volume in the early modern period. 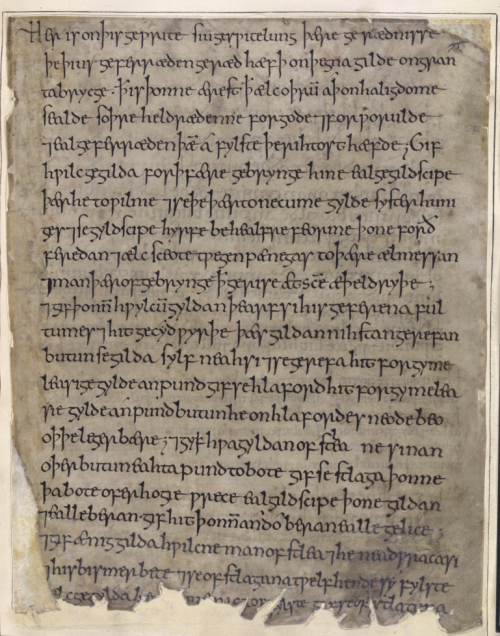 Regulations of the thegns' guild at Cambridge, from an addition to an 8th-century Gospel-book, England (Ely), late 10th century,  Cotton MS Tiberius B V/1, f. 74r

This magnificent manuscript gives unparalleled insights into a variety of aspects of early English history, from the reception of classical texts to conceptions of topography to rare depictions of agricultural practices to imaginings of marvels and monsters. 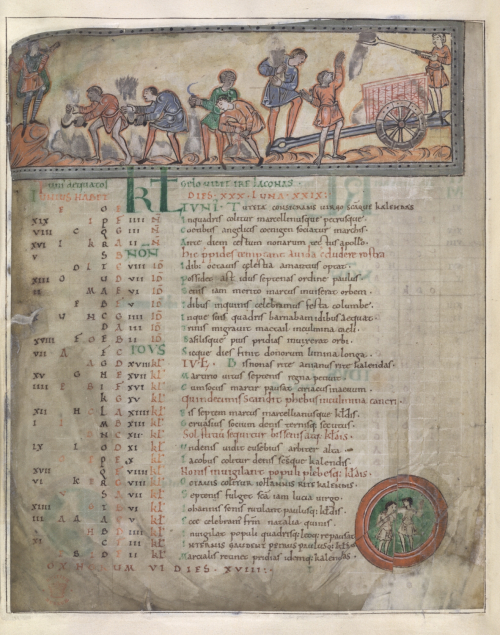 Whether you are lobbying for a new map or are just curious about what Anglo-Saxons did in June, do have a look at Cotton Tiberius B V/1 on Digitised Manuscripts: there is a lot to discover.