From the Parnassus of the Peoples

As the year 2013 numbers its last days in the calendar, I would like to say a few words about a very special anniversary not widely known. Yet it should be commemorated and cherished as a great manifestation of human spirit and hope, and especially remembered on 15 December – the birthday of L.L. Zamenhof, creator of Esperanto, also celebrated worldwide as Esperanto Book Day. 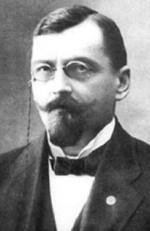 The book to be celebrated today was published 100 years ago by the great idealist, polyglot and prolific translator Antoni Grabowski (1857-1921, portrait (right) from Wikimedia Commons).  Antoni Grabowski was a chemical engineer and the author of the first Polish chemical dictionary Słownik chemiczny (1906). He is known as “the father of Esperanto poetry”, although his main contribution to the development of literary language in Esperanto was his work as a translator. Modern writers, such as the prolific Icelandic Esperanto poet Baldur Ragnarsson, trace their fascination with Esperanto poetry to Antoni Grabowski.

I wonder how often you would find poems by Thomas Moore, Richard Wagner, Paul Verlaine, Johann Wolfgang von Goethe, Aleksandr Pushkin, Taras Shevchenko, Adam Mickiewicz, Sandor Petofi – to name just a few – under one cover ? Not often, I guess. Antoni Grabowski, prominent Polish pioneer of Esperanto, achieved precisely this: he united them all in a book called El Parnaso de Popoloj (‘From the Parnassus of the Peoples’). He himself translated 116 poems, from 30 languages, into a language itself only 26 years old. The modest-looking book was published in Warsaw in 1913 (BL shelfmarks: 1913 edition:F5/3998; facsimile reprint from 1983 YF.2008.a.112020) 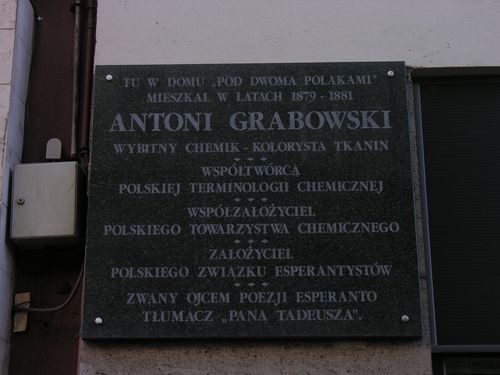 Memorial plaque to Antoni Grabowski in Wroclaw (from Wikimedia Commons)

Do people still write poetry in Esperanto? Yes, they do. As soon as the new language was created and the first manual published in 1887  it started to inspire poetical souls in many nations. And it never ceased to inspire. Another interesting phenomenon is now observed worldwide: poetry originally written in Esperanto is more and more translated into other, “proper” languages. I came back in October from Kolomea not only with love and admiration for this small Galician town full of history and culture, but with a lovely book entitled Verda Antologio. Part 1. Poezio ('Green Anthology, part 1. Poetry'; awaiting shelfmark), published in Ukraine in 2013. For the first time this anthology presents to readers 33 Esperanto poets (including Antoni Grabowski, of course) from the 19th-21st centuries in Ukrainian translations.

During the terrible years of World War One in Warsaw Antoni Grabowski, ill and separated from his family, survived by translating the Polish epic poem by Adam Mickiewicz Pan Tadeusz (1834). 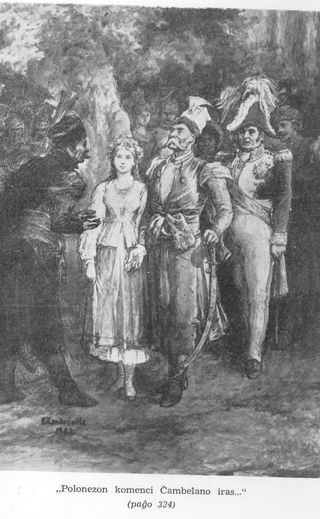 The translation Sinjoro Tadeo was first published in Warsaw in 1918 ( YF.2004.a.24909). “It profoundly influenced the style and vocabulary of later poets, and it is for this reason that Grabowski, although primarily a translator, is important for the study of early original Esperanto literature, both poetry and prose,” writes Geoffrey Sutton. On Esperanto Book Day the first stanza of Sinjoro Tadeo addressed by Mickiewicz to his homeland Litwa (translated into English as Litva or more often Lithuania, to describe the historical region in Eastern Europe) resounds in my mind:

Litva! My country, like art thou to health,
For how to prize thee he alone can tell
Who has lost thee. I behold thy beauty now
In full adornment, and I sign of it
Because I long for thee.