The Goddess of Air at The Stray Dog Café

On 28 March 1914 Tamara Karsavina, a legend of the Russian ballet, celebrated her birthday by dancing at The Stray Dog Café  at Number 5, Mikhailovskaia Square (today Ploshchad’ iskusstv,  ‘Square of the Arts’)  in St Petersburg. Also called an art-cellar, the café was in operation between  31 December  1911 and 3 March 1915. Its name was drawn from the romantic and at the same time ironic image of a poet or artist as a stray dog, created by one of the founders of the enterprise Mstislav  Dobuzhinzky. 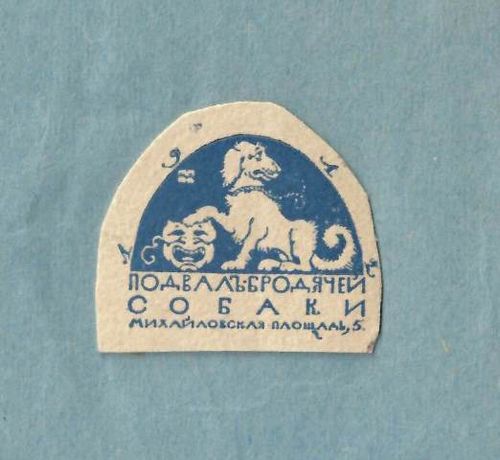 The logo of the Stray Dog Café, from the cover of a tribute volume to Tamara Karsavina

The idea of a cabaret-club came from the actor and theatre director Boris Pronin (1875-1946), one of the noteworthy figures of the Russian Silver Age in art and literature. The founders of the Stray Dog Café (including writer Alexey Tolstoy, artists Nikolay Sapunov (1880-1912) and Sergey Sudeikin (1882-1946), and  theatre director and dramatist Nikolai Evreinov) aimed to synthesise visual and performing arts with literature and create a playful  atmosphere for participants and the audience.

The programme of the Stray Dog Café included poetry readings by such famous Russian authors as  Anna Akhmatova, Nikolai Gumilev, Mikhail Kuzmin and Vladimir Mayakovsky as well as foreign guests like Paul Fort. The founder of the Futurist movement Filippo Tommaso Marinetti gave a lecture there.  The audience was divided into two categories:  “artists” and “pharmacists” (those who didn’t belong to the bohemian world of creativity) and the price for an entrance ticket for the latter category was several times higher than for “artists-bohemians”.

The celebration of Tamara Karsavina’s birthday was documented in a number of memoirs. For example, Sergey Sudeikin recollected how this “goddess of air” moved around the stage in the middle of the hall between authentic  18th-century wooden sculptures of Eros placed on a wonderful blue carpet. Carefully selected musicians played old musical instruments. The intimacy of the performance was shared by fifty dance-lovers who paid 50 roubles per ticket.  At the end of evening, the heroine was presented with a memorable book made for her that included drawings, poems and dedications to the admired ballerina. Beautifully designed, this gentle book (held by the British Library at shelfmark Cup.410.f.519) is a unique artefact of the time, as the images below illustrate. 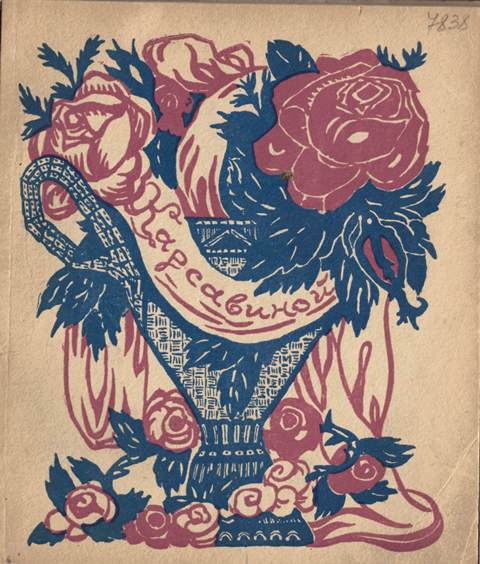 The title page of the book 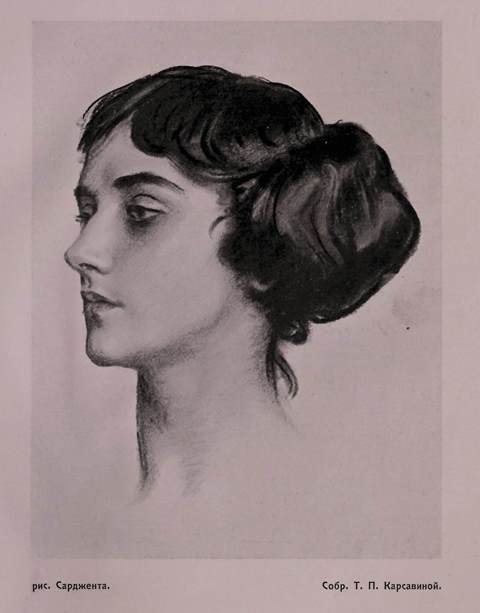 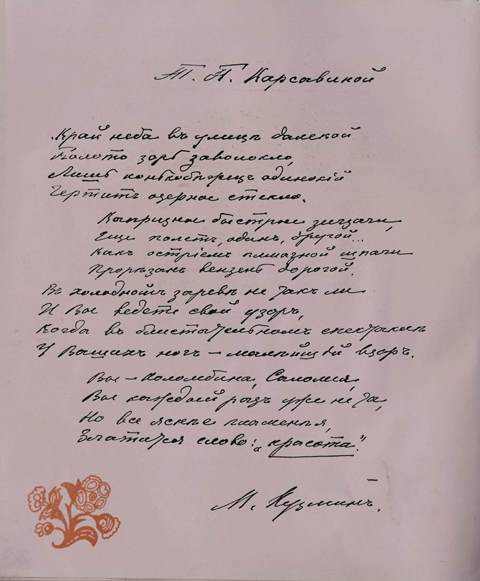 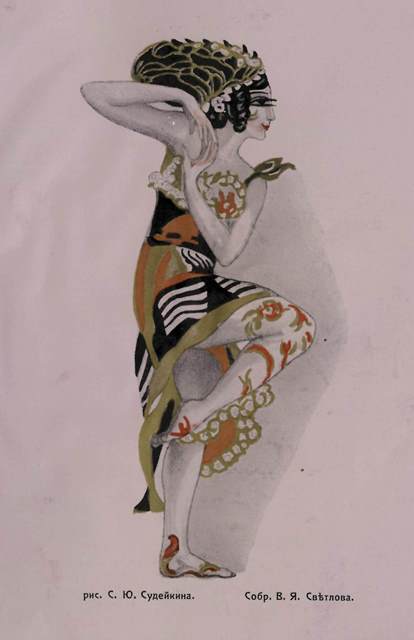 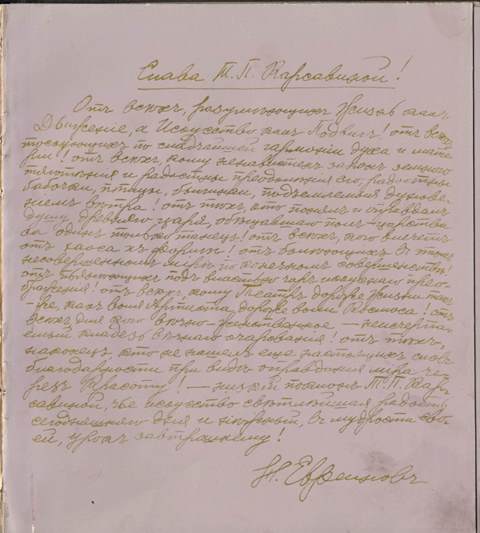 A letter of congratulation from Nikolai Evreinov