Maps in 19th-century books - what has been georeferenced

We are pleased with the amazing progress georeferencing the maps released last week in BL Georeferencer. In just five days, 30 percent - nearly 1,000 - of the maps were placed.

This set of mainly 19th-century maps from books is a fine representation of publishing activity and reader interests at the time. The publishing industry had grown and diversified to what we recognise today, and popular topics included: travel; geography textbooks and school atlases; histories; and contemporary exploration and military accounts. The maps are familiar, but eminently of their time. 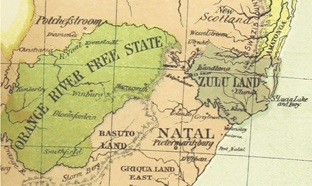 A surge of school atlases were published in Britain during the 1800s to educate the young, and it is no surprise that the British Empire figures largely. The above detail of "Sketch map of South Africa" is from page 419 of The Competitive Geography. The British Territories are named in the text as Cape Colony, Griqaaland West, Natal, and the Transvaal. Note “New Scotland”.

Contemporary accounts of military actions and histories, which usually featured maps and diagrams of troop movements and positions, also feature. 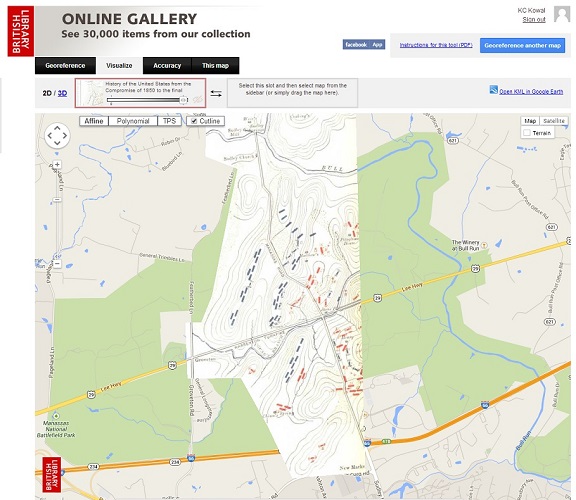 From the uniquely-titled History of the United States from the Compromise of 1850 to the final restoration of Home Rule at the South in 1877.

The overlay above indicates the locations of infantry and artillery during the first battle of Manassas (1861), a determinate early conflict in the US Civil War. The area is now a National Park, and those boundaries, along with the crossroads, make the present-day area appear releatively unchanged. 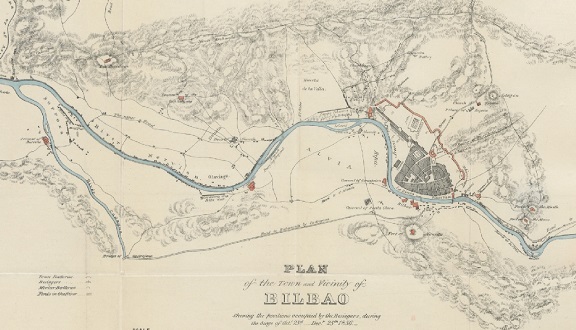 Part of the Carlist Wars in the Basque region of Spain, this “Plan of the town and vicinity of Bilbao, showing the positions occupied by the besiegers, during the siege of Oct 23rd – Dec 25th 1836" also derives from a published personal account, Six Years in Biscay: comprising a personal narrative of the sieges of Bilbao in June 1835... during the years 1830 to 1837.

While the city and course of the river have changed hugely since the 1830s, the contours indicating mountains on the original map match to the shaded ridge visible in the Google Terrain base layer of BL Georeferencer below, making the location apparent. 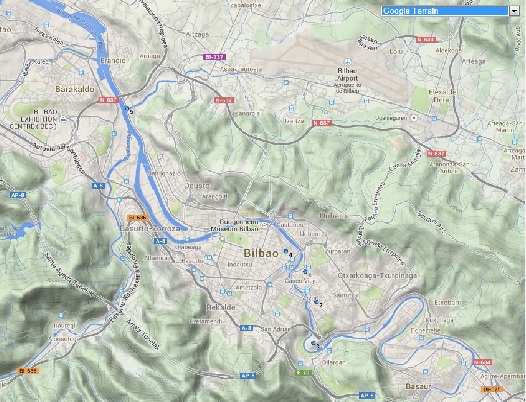 To explore what maps from 19th-century books are available to georeference, and search for yourself, visit the British Library maps subset in Flickr. There are links to georeference from below each image included in this release. See what you can discover and place!

To see the maps already placed, go to BL Georeferencer.

Posted by Kimberly Kowal at 3:21 PM