Indian soldiers’ views of England during World War I

Previous postings on this blog have mentioned the extracts from the letters of Indian soldiers serving in France during the First World War which are appended to the reports of the Censor of India Mails in France found in the India Office Records. 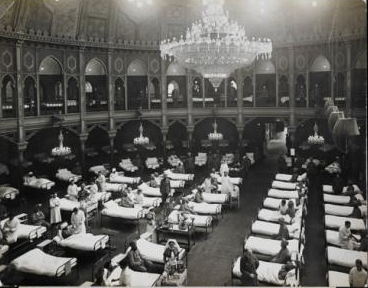 One interesting aspect of the letters is the description of English life by injured Indian soldiers who were recovering from their wounds in the various Indian military hospitals which had been established in Brighton and other parts of the south coast.  Here are some examples from October and November 1915.

A Ali, a storekeeper at one of the Brighton hospitals, wrote to his brother in Lyallpur of a trip he took with his father to London on 1 October.  They visited the Tower of London, St Paul’s Cathedral, which he described as absolutely magnificent, and the Zoological Gardens.  He was very impressed with the respect the police commanded, remarking that “If one policeman raises his hand every single person in that direction rich and poor alike, stands still where he is as long as his hand is raised.  There is no need to talk”.  Ali was also impressed with London’s shops, saying that “There is no need of asking as the price is written on everything”.  Ali and his father used the London Underground to get around, and he recalled his excitement: “Then we went in the train that goes under the earth, it was for us a strange and wonderful experience”.

The cost of living was a common topic for letters.  G R Chowam at the Kitchener Indian General Hospital in Brighton wrote that “Unlike India nothing cheap can be purchased here”.  Abdul Said, a Punjabi Muslim, wrote on 1 November to his brother in Jammu , commenting on how expensive the newspapers were.  He attributed this to the fact that “…everyone great and small reads the papers.  Several newspapers come out during the day”.  Like Ali, Abdul Said was impressed by English shops, noting how clean and tidy the butchers' shops were, and how “…every shopkeeper tries especially to keep his shop spick and span and everything is in perfect order”. 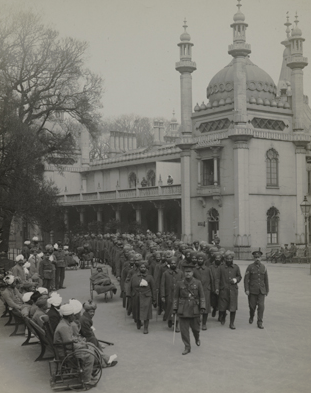 The British weather was often noted by the Indian soldiers.  Abdul Said picked up on the very British custom of starting every conversation by commenting on the weather: “Now the winter has begun and the sun is always hidden.  If by accident it comes out, the day is regarded as we regard the day of Id, and whoever you meet that day will first of all praise the fine day & then go on to whatever else he has to say”.  Desraj at the Pavilion Hospital in Brighton complained that “It rains all the year round”.  One Indian Sub-Assistant Surgeon at Brighton reported that winter had already begun: “Weather is very wet and cloudy and it is raining day and night with few breakages…After 5pm it is so dark that no one could dare to go out of the huts”.

The collection of photographs of the Indian Army in Europe during the First World War by H D Girdwood, reference Photo 24, is available to view online
Other Untold Lives postings on the WWI Indian censored letters:

The Indian sepoy in the trenches

Letter from an Indian Soldier in France during World War I