In 1617 three unlikely travellers, Mariam Begum, Frances Steele (née Webbe), and Mrs. Hudson, arrived at the busy port of Surat on board an East India Company ship called the Anne. What made their journey so exceptional was that during the early years of its operation the Company expressly forbade women from travelling out to the East Indies, despite numerous pleas from its factors and sailors who did not wish to leave their wives behind.

Despite these severe restrictions, however, some women did manage to travel on Company ships, as is evident from this incident. What made it all possible was a loop-hole in the Company’s reasoning, and a fair amount of hoodwinking on the part of the women. Frances passed herself off as Mariam Begum’s servant although in reality she was secretly married to Richard Steele, a fellow passenger on the ship, whom the Company had employed in “a general capacity” to ascertain if the Mogul emperor might be interested in a water-works scheme on the river Jamuna.  To make matters worse, Frances was pregnant. 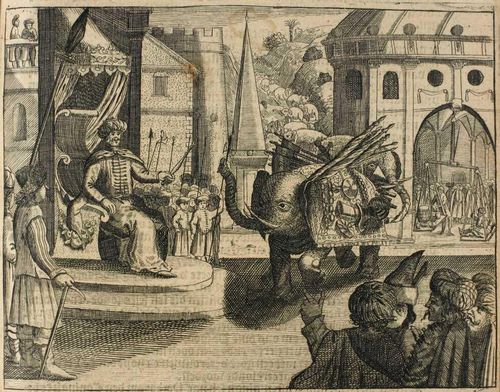 The man who found himself in the rather unfortunate position of having to sort out these developments was Sir Thomas Roe, the English ambassador at the Mughal court. His journal and letters offer fascinating glimpses of his desperate attempts to remedy what he saw as a dangerous breach of decorum. He even tried to keep Steele away from Frances and her newborn son, but they managed to set up their own house with servants and a palanquin (much to Roe’s chagrin). Frances’ son became the second English child to be born in the Indian subcontinent (the first was born to Sir Thomas and Lady Powell who were travelling with Sir Robert Sherley). 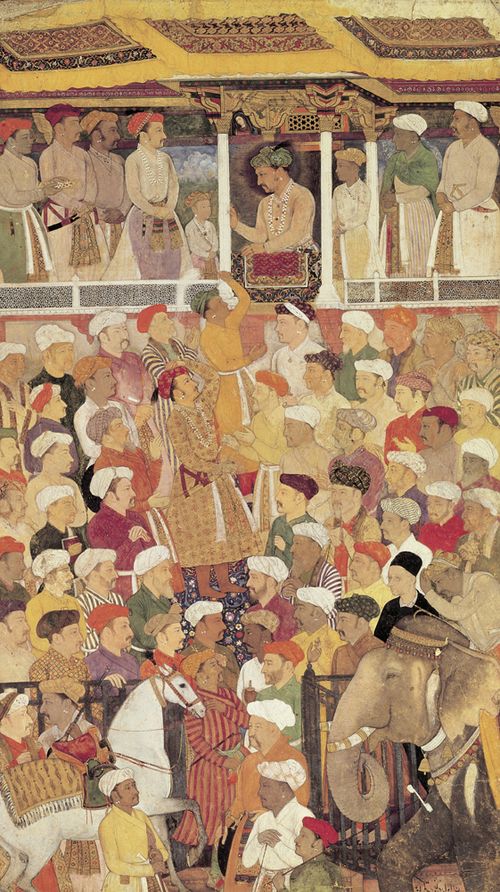 Frances stayed in Mughal India for the next two years. She became one of the first English women to enter a Mughal harem, having secured an invitation from the daughter of Abdurrahim, Jahangir’s Khán-khánán. Presumably it was her association with Mariam, an Armenian Christian, that made it easier for her to make in-roads into the Mughal world. Mariam herself had lived in Jahangir’s harem as his ward before her marriage to Captain William Hawkins, the first unofficial ambassador to the Mughal court. Around 1613 she had arrived in England, a young widow, for Hawkins had died on the voyage home. Shortly afterwards she had remarried Gabriel Towerson who would go on to become the chief factor in Amboyna and die there in 1623 at the hands of the Dutch. Mariam did not accompany Towerson to Amboyna, but stayed behind in India.

Regarding her brief stay in England Michael Fisher notes that “Mariam, as a Christian from birth and an Englishman’s wife, apparently entered London society more unremarkably” than other early Indian travellers. Mariam’s own journeys were thus no less remarkable, and she was certainly amongst the first women from Mughal India to arrive in England. What the subsequent adventures of Mariam and Frances hint at, however, are the bonds that were forged between women, and not just between Indians and the Company factors, during the initial decades of English contact with India.

Posted by Margaret.Makepeace at 09:00:00 in Journeys , South Asia , Women's histories