Many of the Malay manuscripts in the British Library came from the private libraries of British collectors. What did these collectors do with their Malay books: did they read them for pleasure, or for research, or did they just buy them as exotic curiosities? The two Malay manuscripts from  Sir Hans Sloane reflect his insatiable appetite for books written in all the languages of the world, while the Welsh surgeon Thomas Phillips bought his Malay manuscripts only to give them away again almost immediately, for his particular ‘obsession’ was endowing institutional libraries.  On the other hand, the Library’s superb Taj al-Salatin manuscript was specially selected in Penang by Ralph Rice as an exquisite gift for his bibliophile brother in Brighton, to be admired for its fine calligraphy, impressive illumination, de luxe red leather and gilt binding and recognisedly edifying contents, despite the fact that there was little chance that it would ever be read.

One collector who certainly did read his own Malay manuscripts was John Crawfurd (1783-1868).  Crawfurd served with the East India Company all over Southeast Asia, including periods as Resident of Yogyakarta (1811-16) and Singapore (1823-26), and he spoke and read Malay and Javanese. In 1840 Crawfurd offered his collection of 136 Malay, Bugis and Javanese manuscripts and books to the British Museum for the sum of £516. This offer was refused by Frederic Madden, Keeper of Manuscripts, for although he viewed it as the most complete collection in Europe of 'the lowest class of oriental literature', it was too expensive. A deal was finally struck in 1842, when Crawfurd’s collection was purchased for £250, and it is today held in the British Library (Harris 1998: 134). 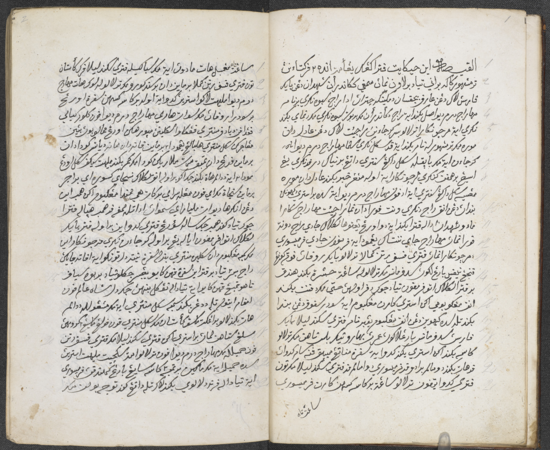 Hikayat Putera Gangga, from John Crawfurd’s collection, with the lines numbered in pencil, presumably for his future reference.  The manuscript has been fully digitised and can be read here. British Library, Add. 12385, ff. 1v-2r.

In the intervening period, however, it appears that Crawfurd may have hawked his collection around and even sold one or two manuscripts, for the Staatsbibliothek (Preussischer Kulturbesitz) in Berlin owns a manuscript of Hikayat Dewa Mandu formerly belonging to Crawfurd, another copy of which is still found in the Crawfurd collection in the British Library (Add. 12376). Neither of the published catalogues of the Malay manuscripts in the Staatsbibliothek (Asma 1992: 124-6; Snouck Hurgronje 1989: 73-82) mentions the name of Crawfurd as a previous owner, but a clue is hidden within the pages of the book itself. 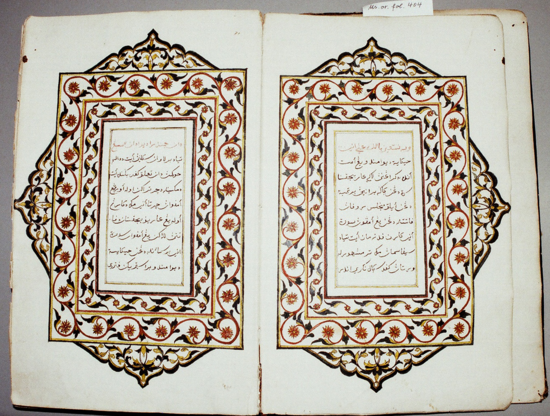 I visited the Staatsbibliothek in 2006 to see this manuscript - which has colourful decorated initial frames - as part of an ongoing study of illuminated manuscripts from the Malay world. But while looking through the pages, I was amazed to come across a small pencil sketch in the margin, of a family of ‘stick people’ – father, mother and child – labelled ‘J.C.’, ‘H.C.’ and ‘F.C.’, with the explanation written in pencil above: ‘John Crawfurd, Esq.’, ‘A. Horatia Crawfurd’ and ‘Flora Crawfurd’. An image immediately floated into my mind’s eye of how this manuscript must have been read nearly two centuries earlier. I could just picture John Crawfurd, sitting in a chair reading the Hikayat Dewa Mandu, with his young daughter Flora on his lap. As she got fidgety, he would have hushed her – perhaps by telling her of the adventures of Prince Dewa Mandu, and how he rescued the beautiful Princess Lela Ratna Kumala, who had been turned into an elephant by the wicked demon king Dewa Raksa Malik after she refused to marry his son – and then, as the fidgets continued, tried to amuse her by drawing on the page a picture of Daddy, Mummy, and little Flora.  John Crawfurd and his wife Anne Horatia (nee Perry) had two sons and three daughters, named Margaret, Horatia Charlotte and Eleanor, and so 'Flora' may have been the nickname of one of the girls. Crawfurd appears to have found reading Hikayat Dewa Mandu heavy going – perhaps little Flora just wouldn’t leave him in peace  In very faint pencil, towards the end of the manuscript (and not even the last page!) he has written, ‘Finis (Thank god)’. 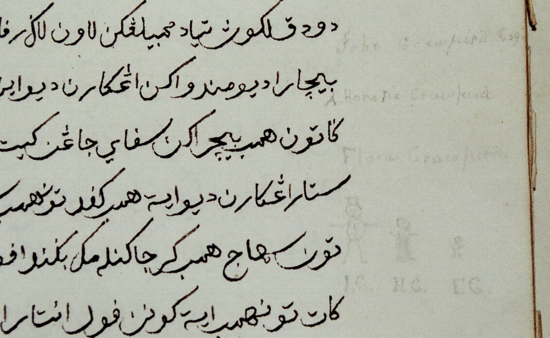 Crawfurd’s pencil sketch of his family in the margin of Hikayat Dewa Mandu.  MS. Or. Fol. 404, p.77 (detail). Reproduced with kind permission of the Staatsbibliothek (Preussischer Kulturbesitz).

Posted by Annabel Gallop at 1:35 PM