As a supplement to the newly digitised draft catalogue of Persian manuscripts in the India Office Library, I have uploaded sheets of a fascicle which was originally intended to be the first in a series,  but which never got beyond proofs. These can be accessed by following the link below:

These proofs were returned from the University Press Oxford at various times during 1926 to Charles Storey who was then Assistant Librarian at the India Office Library and was actively engaged in cataloguing both Arabic and Persian manuscripts. As can be seen immediately from the number of mistakes, the proofs fully demonstrate the complexity of the material and the consequent difficulties involved in printing. Although he received the proofs in 1926 it took Storey, according to his dated notes, a full year to revise them. What happened next I have not yet discovered, but nothing ever came of Storey’s wish, recorded at the top of the first page: “We should rather like to get these sheets printed off by the middle of March”. 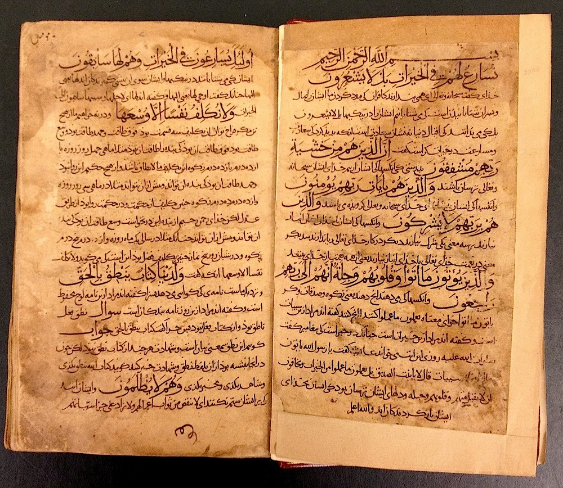 The fascicle is headed Catalogue of Persian Manuscripts Volume III and contains:

A. Commentaries and translations (cols. 1-36)

D. The pronunciation of the Qurʼān and the variant readings (cols. 38-54)

The titles of the works included in the catalogue, together with their correct manuscript numbers (some have been given new numbers since Storey catalogued them), can be downloaded from the following link:

Posted by Ursula Sims-Williams at 1:45 PM