A Malay spur to valour: the Hikayat Muhammad Hanafiah

The story of Muḥammad b. al-Ḥanafiyyah – a son of the caliph ‘Alī by a captive from the tribe of the Banū Ḥanīfah, and half-brother to the Prophet’s grandsons Ḥasan and Ḥusayn – was composed in Persian by an anonymous author in the fourteenth century, and very soon after that translated into Malay, probably around the court of Pasai in north Sumatra. In this tale the otherwise marginal figure of the historical Muḥammad b. al-Ḥanafiyyah is transformed into a quintessential Islamic hero, emerging victorious after numerous battles. 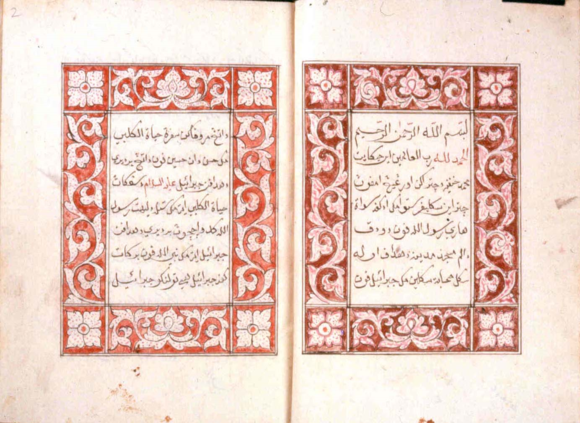 The Hikayat Muhammad Hanafiah became popular throughout the Malay world, with its stature as a spur to valour cemented by an iconic episode in the most famous Malay chronicle. The Sulalat al-Salatin, popularly known as the Sejarah Melayu or ‘Malay Annals’, was composed sometime in the sixteenth century to record for posterity the glory of the great kingdom of Melaka, before its defeat by Portuguese forces under Afonso d’Albuquerque in 1511. In the Sejarah Melayu, the night before the Portuguese attack, the young knights of Melaka sent a message to the sultan requesting the recitation of the Hikayat Muhammad Hanafiah. The sultan tests their resolve by offering instead a tale of a lesser hero, the Hikayat Amir Hamzah. The nobles reply that as long as the sultan’s courage matches that of Muhammad Hanafiah, they will match that of his generals, whereupon the sultan accedes to their request. The full episode from the Sejarah Melayu is reproduced below, in C.C. Brown’s translation:

In fact, neither of the two manuscripts of the Sejarah Melayu in the British Library include this episode. Or. 14734, copied in Melaka in 1873, omits any mention of the nobles' request for Hikayat Muhammad Hanfiah on f.174v, perhaps part of a late tendency to erase any possible Shi'i tinges from Malay literature. In Or. 16214, copied in Singapore around 1832, the chapter on the Portuguese attack is missing. The Malay Hikayat Muhammad Hanafiah was the subject of a detailed study by Lode Brakel (1975), who traced thirty manuscripts, including three in the British Library, which have now all been digitised. Two, from the John Leyden collection, were both copied in Penang or Kedah in 1805 (MSS Malay B.6 and MSS Malay D.5, Brakel’s source ‘F’). A third manuscript, from the collection of John Crawfurd (Add. 12377, Brakel’s source ‘G’), may have been acquired in Java but the use of the titles Teuku and Teungku sugggest a link with Aceh. The tale is also known in Acehnese, Bugis, Javanese, Makasarese, Madurese, Minangkabau and Sundanese versions. 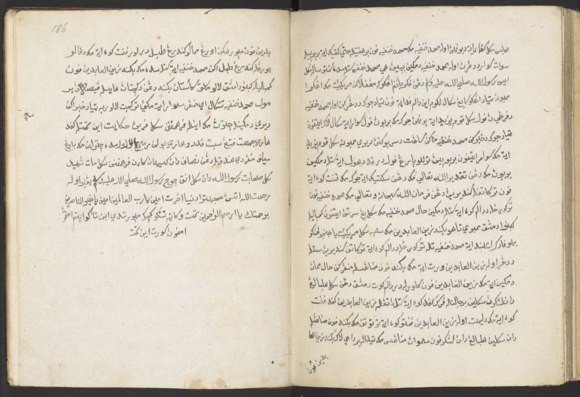 Brakel also documented two manuscripts of the Persian original, one – at the time thought to be unique – in the British Library (Add. 8149), and another in St. Petersburg. By comparing the Malay manuscripts with Add. 8149 (a copy from Murshidabad in Bengal, written in 1721), Brakel was able to show that the Malay text was a direct translation from the Persian original, in some cases even preserving the order of words (Brakel 1975: 12-13). Opening page of the Persian Hikāyat Muḥammad Ḥanafiyyah, following on from a tale of Ḥasan and Ḥusayn, Murshidabad, 1721. British Library, Add. 8149, ff. 28v-29r.

Posted by Annabel Gallop at 1:58 AM