The Twenty Attributes of God in Malay: Sifat Dua Puluh

Sifat Dua Puluh, the ‘Twenty Attributes’ of God, is a popular subject of Malay texts on Islamic instruction. Ultimately deriving from the exposition in the famous work Umm al-Barāhīn, ‘Mother of all Proofs’, by Abū ‘Abd Allāh Muḥammad b. Yūsuf al-Sanūsī (d. 1490), there are many different Malay compositions on the attributes of God, both lengthy and abbreviated, and written in both prose and in verse. Manuscript copies mostly date from the 19th century but there are also many early printed editions, and the text is still commonly taught, read and sold today.

Among the recently digitised Malay manuscripts in the British Library are three texts on Sifat Dua Puluh, which illustrate well how this subject can be treated either very succinctly or in more detail. The first example occupies just one page in a compendium of tracts on religious subjects in a manuscript from Aceh (Or. 16767), and comprises a list of the twenty attributes with one- or two-word Malay translations; thus the first attribute, wujūd, ‘existence’, is simply explained by the Malay word ada. The second example, also in a composite volume from Aceh (Or. 14194), gives a little more information, translating each attribute and giving its opposite or inadmissible (mustahil) attribute: wujūd ada artinya ada lawannya tiada, ‘wujūd means existence, and it has an opposite, non-existence’. The third text is much longer and fills the whole manuscript (Or. 13716), giving a full paragraph on each attribute and its opposite, and providing proof (dālīl) from the Qur’an. The text is written in fully vocalised Malay, strongly suggesting an origin in Java, because Javanese in Arabic script (Pegon) is always vowelled, whereas Malay in Arabic script (Jawi) is rarely written in this way. According to the colophon, this manuscript was completed on 10 Maulud [ie. Rabiulawal] 1301 (9 January 1884), and at the top  of the right-hand page below is the name 'Ujang', probably of an owner of the manuscript.  A later owner was G.A.J. Hazeu (1870-1929), who was based in Batavia from 1898 to 1915, in 1907 succeeding Snouck Hurgronje as Adviser for Native and Arab Affairs. 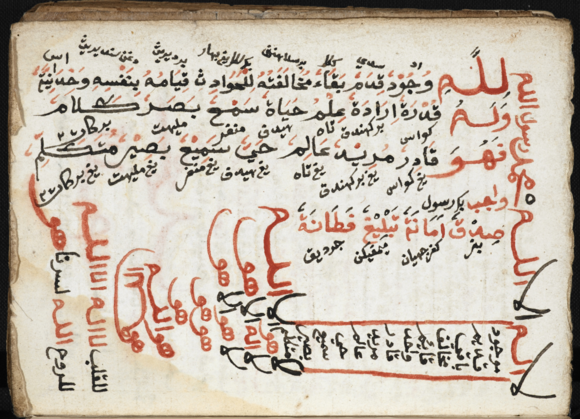 List of the Twenty Attributes (Sifat Dua Puluh), with Malay translations, in a manuscript from Aceh, 19th century. British Library, Or. 16767, f.103v 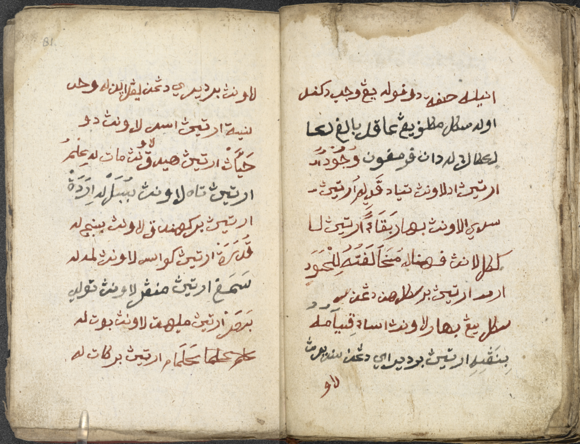 Twenty Attributes (Sifat Dua Puluh) of God, together with their opposites, in a manuscript belonging to Abdullah, son of Abdul Rashid, of Tanoh Abee, Aceh, 19th century. British Library, Or. 14194, ff. 80v-81r 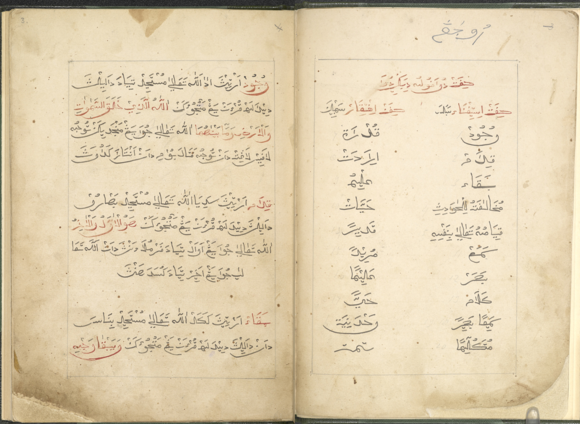 Sifat Dua Puluh, Malay manuscript from Java, 1884. On the right hand page, a classification of the attributes into two groups; on the left-hand page, explanations and proofs of the first three attibutes, wujūd, ‘existence’; qidam, ‘state of non-origination’ and baqā’, ‘permanence’. British Library, Or. 13716, ff. 2v-3r

In addition to original manuscripts held in the British Library which have now been digitised, the Endangered Archives Programme provides online access to a number of important collections of Islamic manuscripts held throughout maritime Southeast Asia. The project EAP153, ‘Riau Manuscripts: the gateway to the Malay intellectual world’, led by Jan van der Putten and Aswandi Syahri in 2007, surveyed private collections of manuscripts held in the Riau archipelago. These islands, located between Singapore, Sumatra and Borneo, are widely regarded as a cradle of Malay-Islamic culture and learning. 13 collections of manuscripts from the islands of Penyengat, Bintan and Lingga were digitised, including three copies of Sifat Dua Puluh. 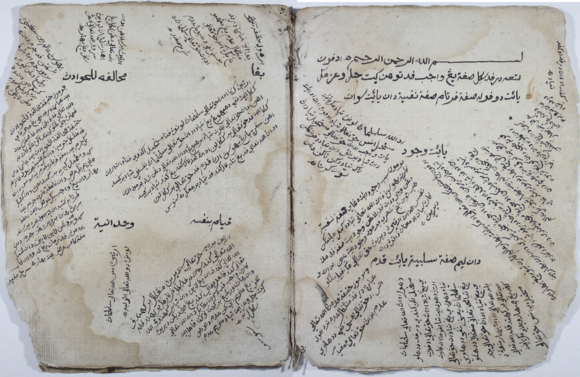 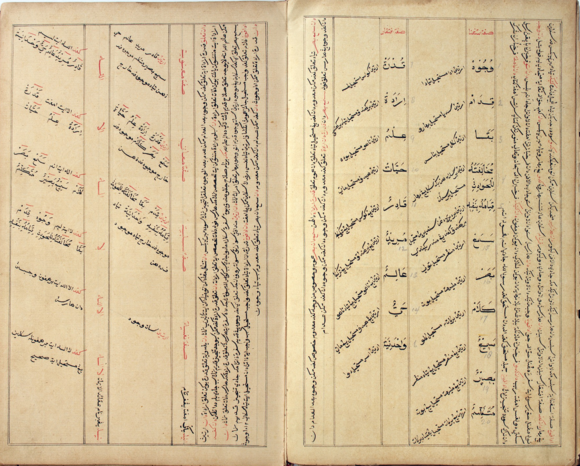 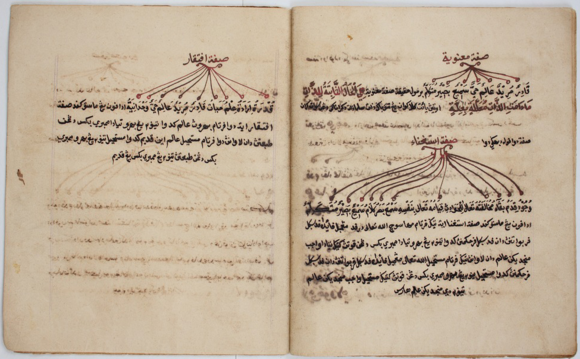 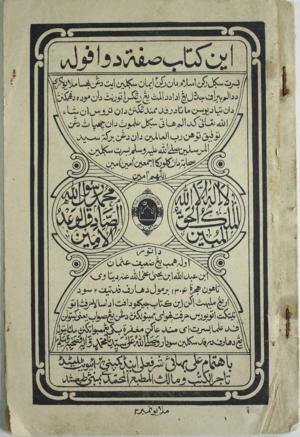 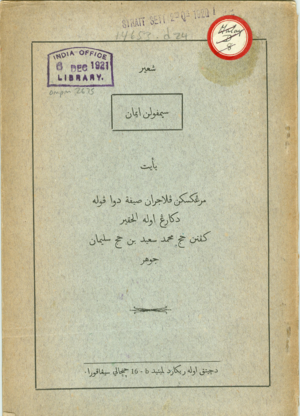 Posted by Annabel Gallop at 2:14 AM